The Xbox Series X, previously known with its official codename of Project Scarlett, was first briefly teased at E3 2019 by Microsoft. At that time, the company promised the next-generation Xbox would be roughly four times as powerful as the Xbox One X console; they also confirmed HDMI 2.1 support (enabling up to 8K resolution at 60 frames per second and up to 120 frames per second at 4K resolution), variable refresh rate (VRR) support, hardware ray tracing support, GDDR6 RAM, and custom made NVMe SSD for storage (potentially used as a sort of virtual RAM).

The console's name and design were revealed at The Game Awards 2019, alongside the planned Holiday 2020 release window. The full technical information that we've compiled below was shared throughout the course of this year, though.

Microsoft has confirmed that the console will be available in stores starting November 10th globally.

The Xbox Series X is priced at $/€ 499 in the United States and Europe or £449 in the UK, which is the same launch price the Xbox One X had in 2017. Additionally, Microsoft is expanding its Xbox All Access program to a total of 12 countries. You can get an Xbox Series X and 24 months of Xbox Game Pass Ultimate subscription at no upfront cost; over 24 months, you'll pay $34.99 monthly.

If you're looking to increase the size of storage, the proprietary 1TB expansion card has been confirmed to be priced at $220.

The Xbox Series X will use the so-called Xbox Velocity Architecture, which is comprised of four components: the dedicated hardware decompression block, the custom NVMe SSD, Sampler Feedback Streaming, and the brand new DirectStorage API. Its goal will be to 'radically improve asset streaming' and 'effectively multiply available system memory', which is going to be important since the jump in available RAM is the smallest in the entire spec sheet.

The Xbox Series X hardware is also fully DirectX 12 Ultimate compliant. Its raytracing support is based on the latest version of Microsoft's DXR API, as you would expect; then there's the already mentioned Sampler Feedback Streaming, Variable Rate Shading (VRS) support to save performance where the shading rate can be reduced in a game's scene, and lastly Mesh Shading, which promises to allow game developers to dramatically improve the number of objects that can be displayed in a scene.

Microsoft completely revolutionized the form factor that we're used to seeing for consoles with the Xbox Series X, going with a square footprint (15.1 cm x 15.1 cm x 30.1 cm) this time around. The console looks like a small PC tower, which turned out to be necessary given its airflow and acoustics requirements. The components draw 315 watts of power internally, thus generating a fair amount of heat.

The engineers landed on this design after opting for a split motherboard solution, with two boards mounted on the opposite sides of the aluminum chassis. The Southbridge board houses the I/O functions, while the other board features the console's processor, RAM and power regulators.

The large holes on the top of the Xbox Series X are designed to expel a lot of hot air, with Microsoft boasting 70% more airflow compared to the Xbox One. The Xbox Series X should be relatively quiet, too, thanks to 64 sensors on the SoC that feed the system's fan algorithm in real time with the latest temperature readings. 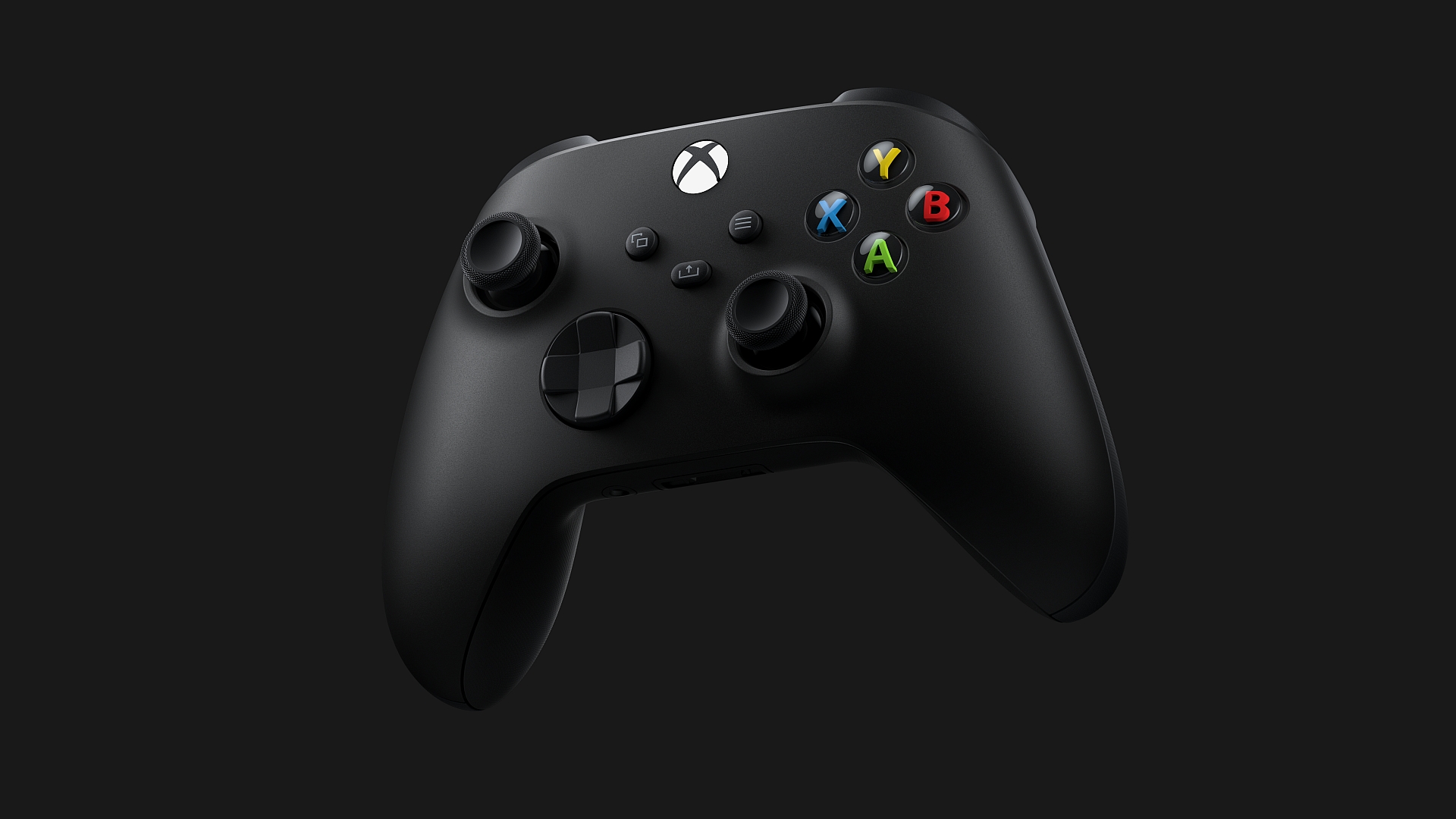 The new wireless controller won't be too much different from that of the Xbox One, with the upside of cross-compatibility between Xbox One/Xbox Series X consoles and controllers.

However, Microsoft revealed that the Xbox Series X controller will have a brand new D-pad design whose goal is to boost performance and accessibility across the board. There's a dedicated Share button now, while the gamepad's actual feeling has been improved thanks to tactile dot patterns (bumpers, triggers, grips) and a matte finish (D-pad, bumpers and triggers).

Connectivity with other devices such as PC, Android and iOS should be simpler, too, thanks to the implementation of Bluetooth Low Energy and a USB-C port.

Perhaps the biggest improvement is expected in terms of latency, thanks to the Dynamic Latency Input system. The Xbox Series X controller will send information to the console more frequently, resulting in lower input lag for a better synchronized on-screen action. 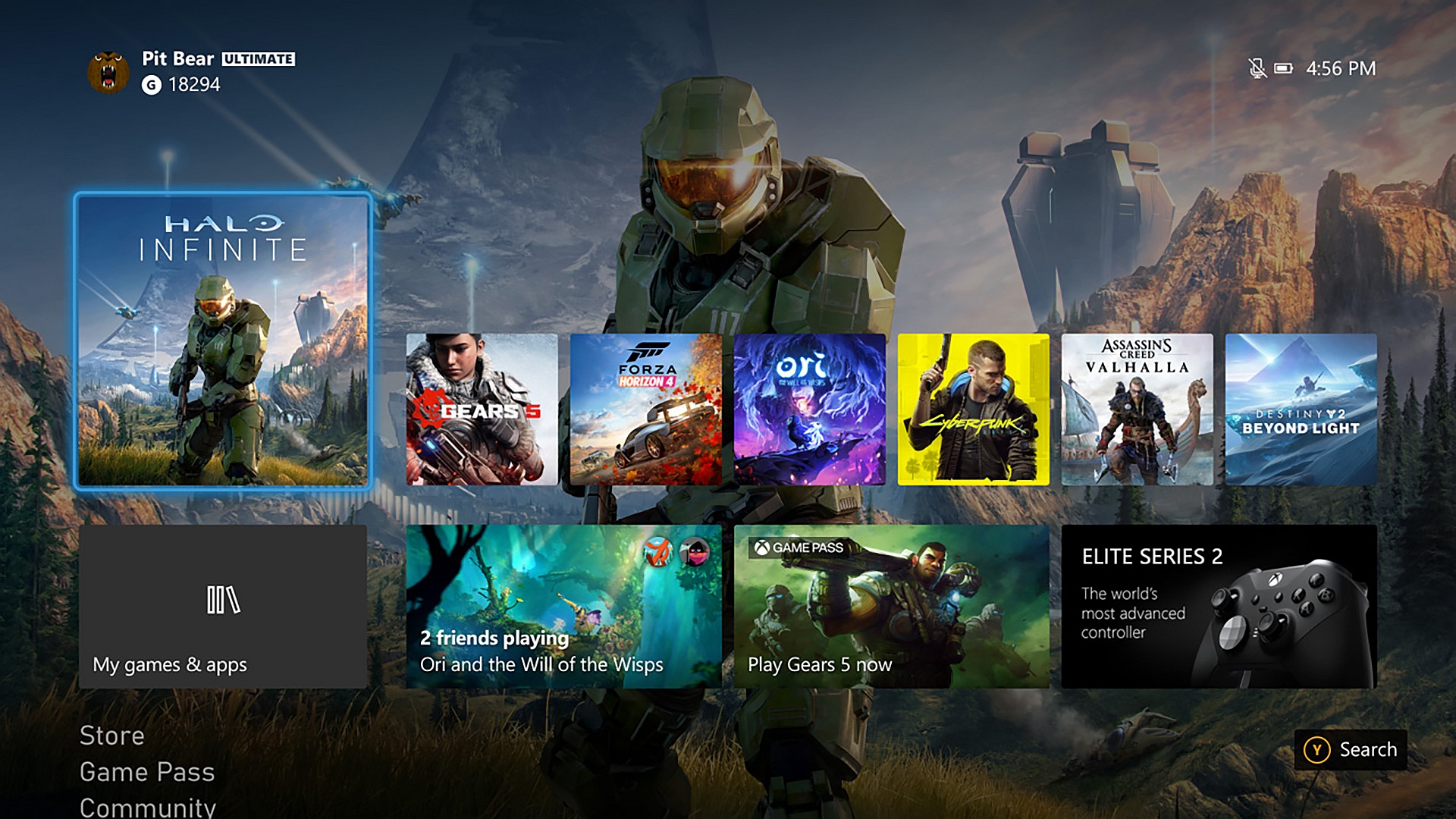 The redesigned UI for the Xbox Series X

Microsoft's industry-leading backward compatibility is back and better than ever with the Xbox Series X. You'll be able to play, barring very few exceptions, essentially four generations of Xbox games from your library. The new console will run old games at higher resolution and better visual fidelity, steadier frame rates, and faster load times. But that's not all, because the team has added a new bonus for all the owners of High Dynamic Range (HDR) displays. Thanks to an AI-based reconstruction technique, Standard Dynamic Range (SDR) games will be automatically converted to HDR on the Xbox Series X, with no impact on the system resources and no work required on behalf of the individual game developers.

Microsoft announced that Quick Resume functionality has been improved for the Xbox Series X so that players may seamlessly switch between various games at once, resuming almost instantly from where they had left off.

You can now check out the overhauled User Interface (UI) in the official trailer below.

We now know the full list of launch titles for the Xbox Series X, which is a mix of new releases and enhanced releases.

In addition to those, there's a bunch of games launching or getting their enhancement patches close to the release of the Xbox Series X.

Lastly, looking ahead, here's an overview of the hottest confirmed Xbox Series X games due next year and beyond.