DirectX 12 Ultimate is the latest iteration in Microsoft's API for game programming. Announced today during “DirectX Innovation Day” (a stream on Mixer that replaced the canceled GDC 2020 talk), it promises to usher in next-generation graphics across both Windows PC and Microsoft's Xbox Series X console in a much faster way than previous API advancements, as explained by Microsoft below.

Prior to DirectX 12 Ultimate, there was limited overlap between these two cycles. Even when hardware was similar, the software interfaces were quite dissimilar, discouraging aligned adoption by developers.

By unifying the graphics platform across PC and Xbox Series X, DX12 Ultimate serves as a force multiplier for the entire gaming ecosystem. No longer do the cycles operate independently! Instead, they now combine synergistically: when Xbox Series X releases, there will already be many millions of DX12 Ultimate PC graphics cards in the world with the same feature set, catalyzing a rapid adoption of new features, and when Xbox Series X brings a wave of new console gamers, PC will likewise benefit from this vast surge of new DX12 Ultimate capable hardware! 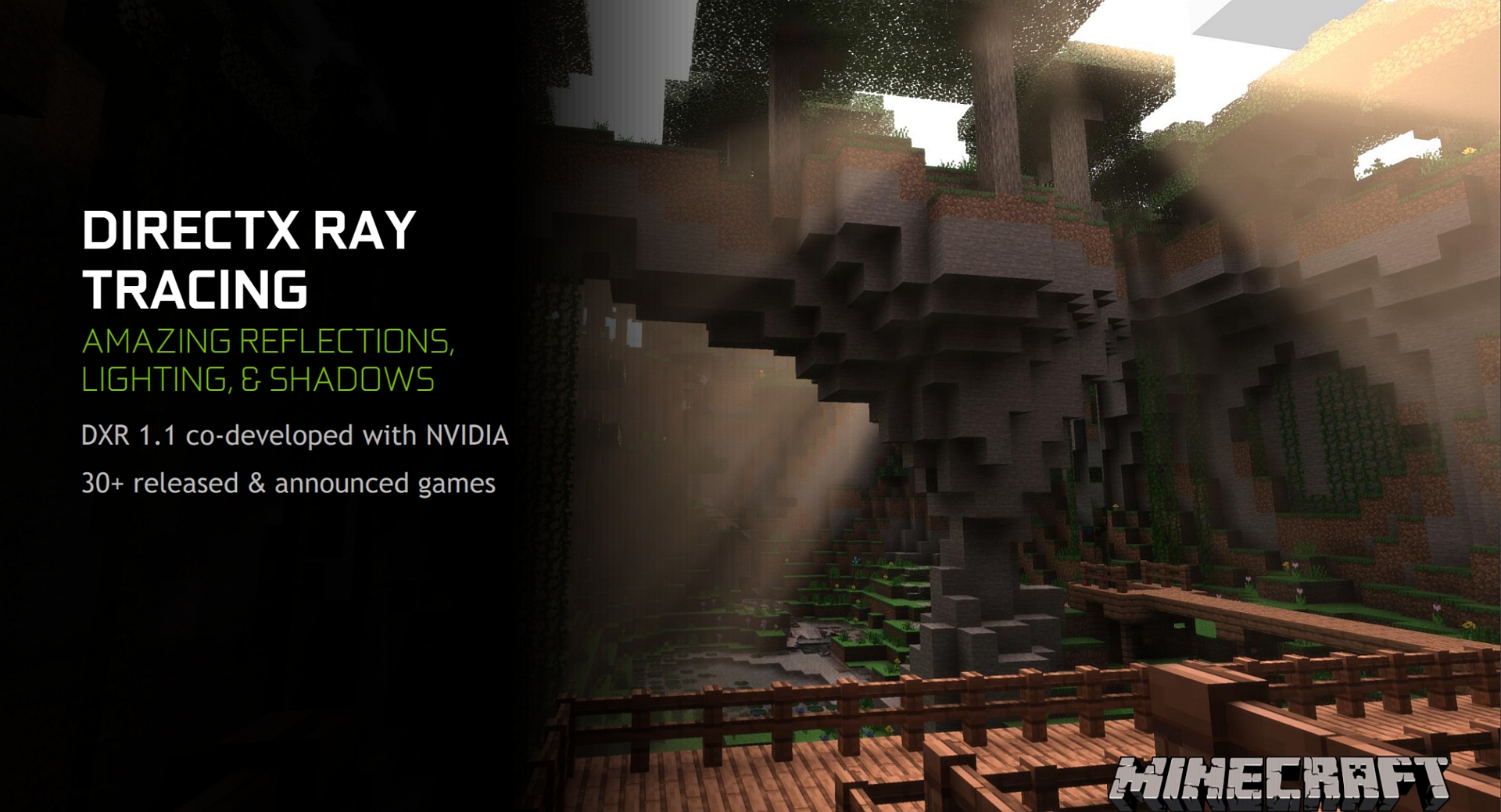 • GPU Work Creation now allows Raytracing. This enables shaders on the GPU to invoke
raytracing without an intervening round-trip back to the CPU. This ability is useful for adaptive raytracing scenarios like shader-based culling / sorting / classification / refinement. Basically, scenarios that prepare raytracing work on the GPU and then immediately spawn it.
• Streaming engines can more efficiently load new raytracing shaders as needed when the player moves around the world and new objects become visible.
• Inline raytracing is an alternative form of raytracing that gives developers the option to drive more of the raytracing process, as opposed to handling work scheduling entirely to the system (dynamic-shading). It is available in any shader stage, including compute shaders, pixel shaders, etc. Both the dynamic-shading and inline forms of raytracing use the same opaque acceleration structures.

We already discussed Variable Rate Shading at length on Wccftech. It's a technique that lets game developers dial shading rate down in those areas of a scene where it matters less, therefore saving performance, while the shading rate goes up in the most important areas. 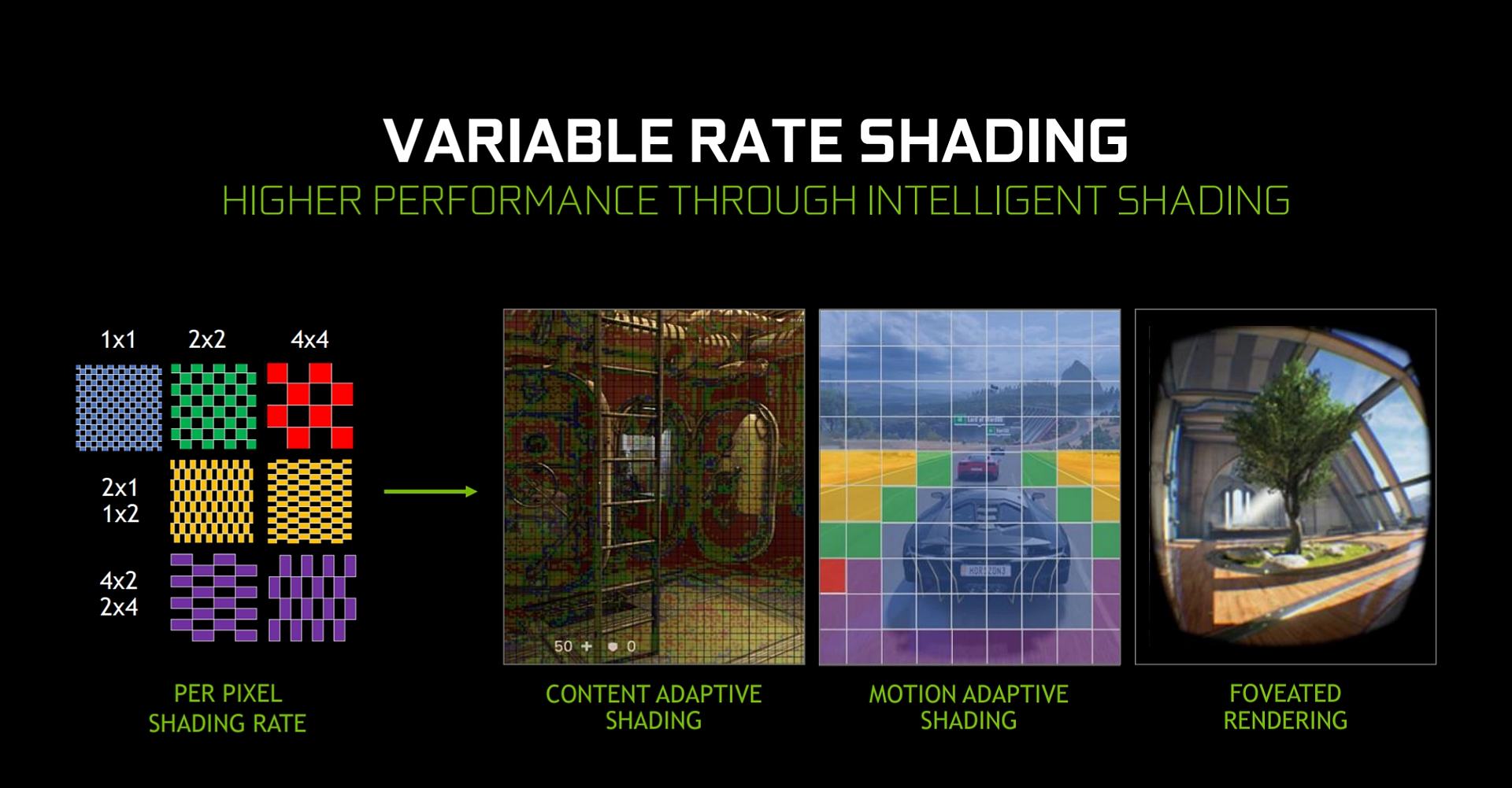 Mesh Shaders, first demonstrated by NVIDIA in the Asteroids demo, allow geometry processing to be more programmable in a similar way to compute shaders. This will translate in developers being able to build 'more detailed and dynamic worlds than ever before'. 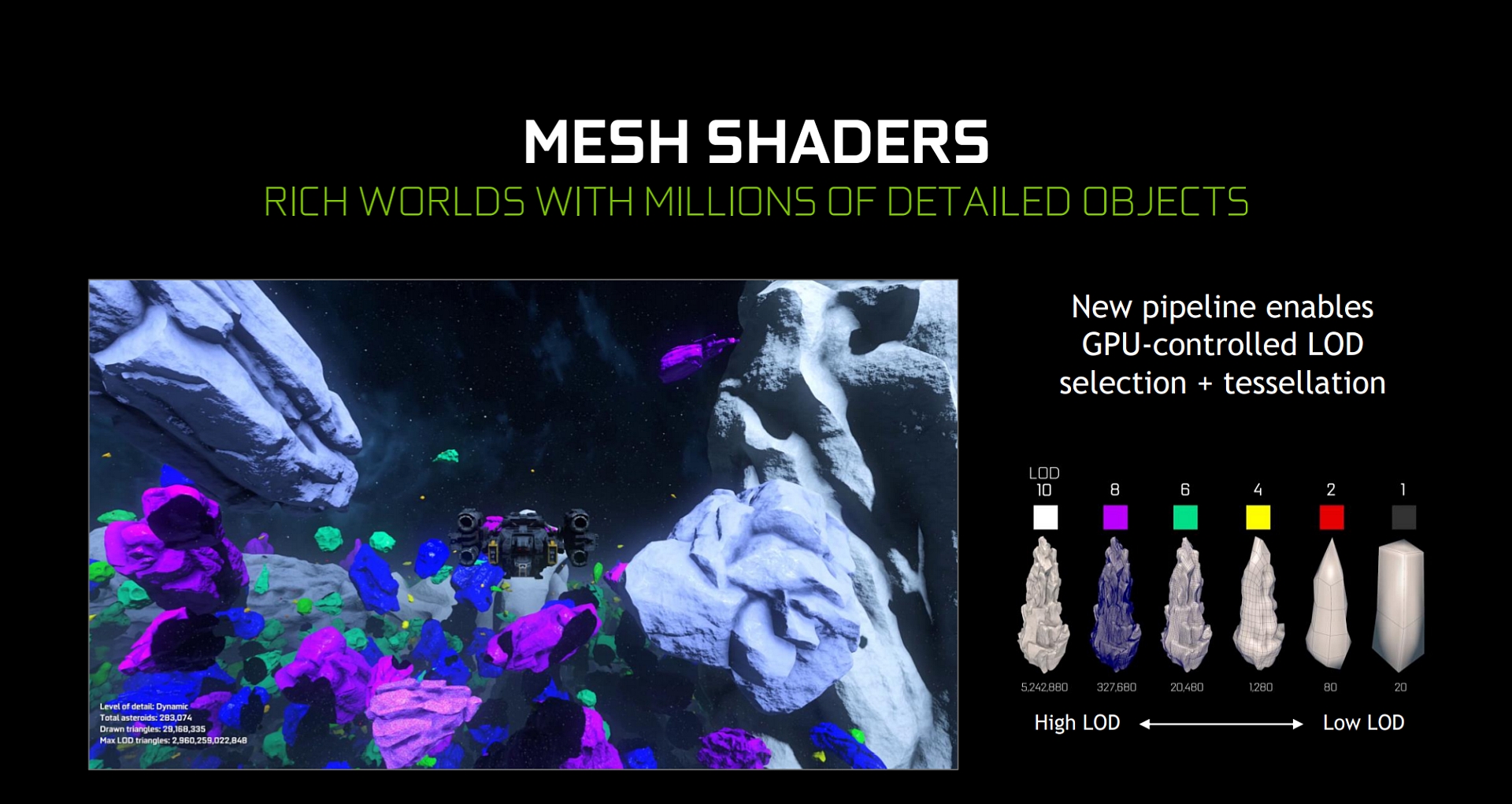 Last but not least, Sampler Feedback promises better visual quality, shorter load time, and less stuttering by providing detailed information to enable developers to only load in textures when needed.

On Xbox Series X, Microsoft reckons this will be a 2x/3x multiplier on both the amount of physical memory and SSD performance. On Windows PC, it may not be as significant, but it should still be very much welcome. 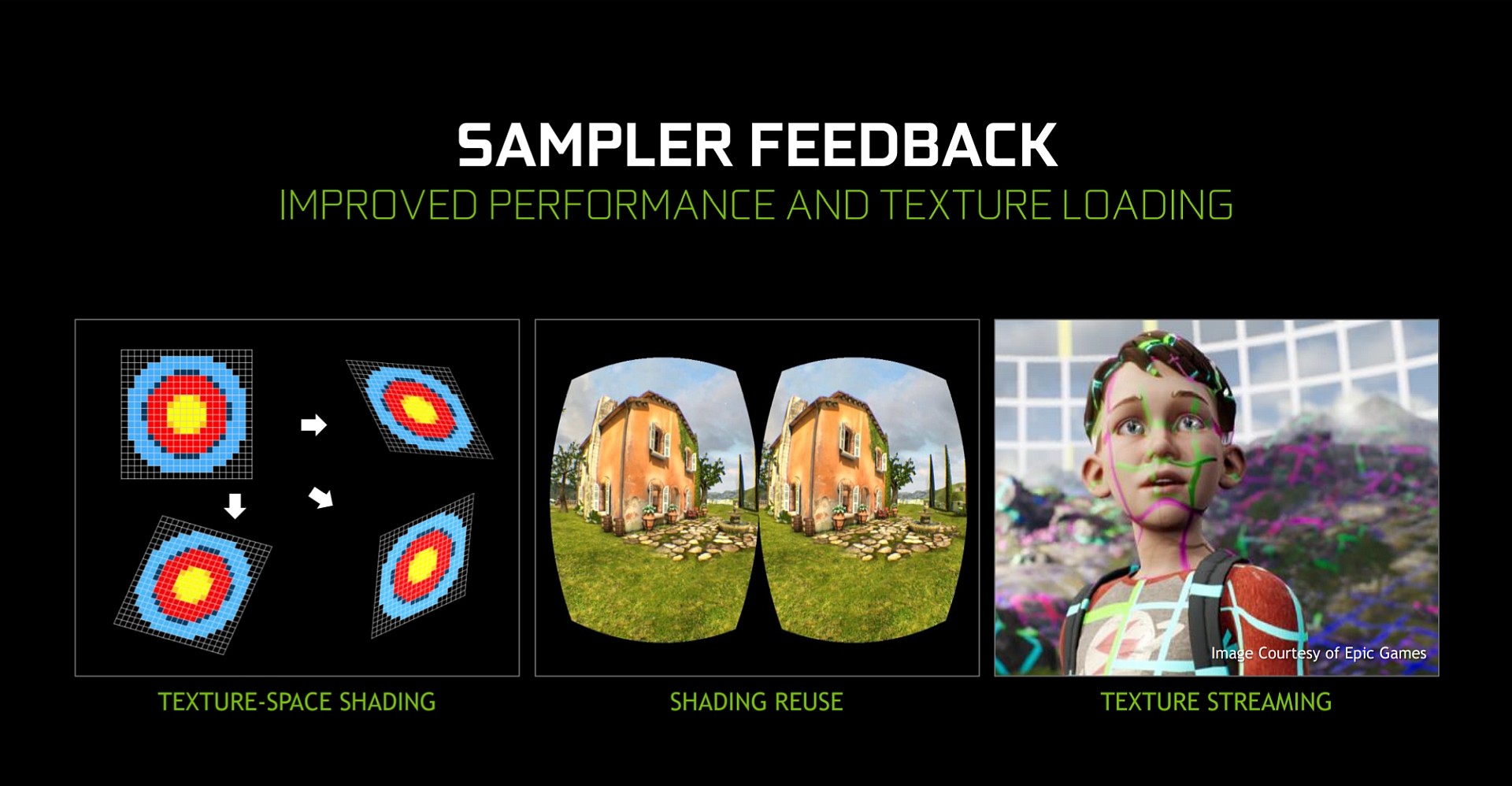 It's not just Microsoft who's excited about DirectX 12 Ultimate, anyway. In a briefing with the press, NVIDIA also expressed delight at the opportunity to leverage the power of a unified ecosystem in order to entice developers to make use of the aforementioned features, which are already supported by RTX GPUs. In fact, according to NVIDIA, DXR 1.1 was a collaboration with Microsoft.

NVIDIA even provided some quotes from a range of developers, highlighting the importance of DirectX 12 Ultimate for game studios, and a video showcase as well.

DX12 Ultimate unlocks the latest in graphics hardware technology with support for ray tracing, mesh shaders, and variable rate shading. It’s the new gold standard for the next generation of games.

By investing in next-gen graphics features using DirectX 12 Ultimate, we know our work will benefit gamers on PC and future consoles, and the game will look the way we dreamed.

As a developer, a single API for PC and Xbox is a boon for my business. If my programmers know DX12 Ultimate they can code for either PC or console.

DirectX 12 Ultimate will accelerate next-gen tech adoption and shrink development cycles. The tools and samples that NVIDIA provides for DirectX Raytracing are world-class, and DirectX 12 Ultimate means they now benefit the Xbox version of my game.