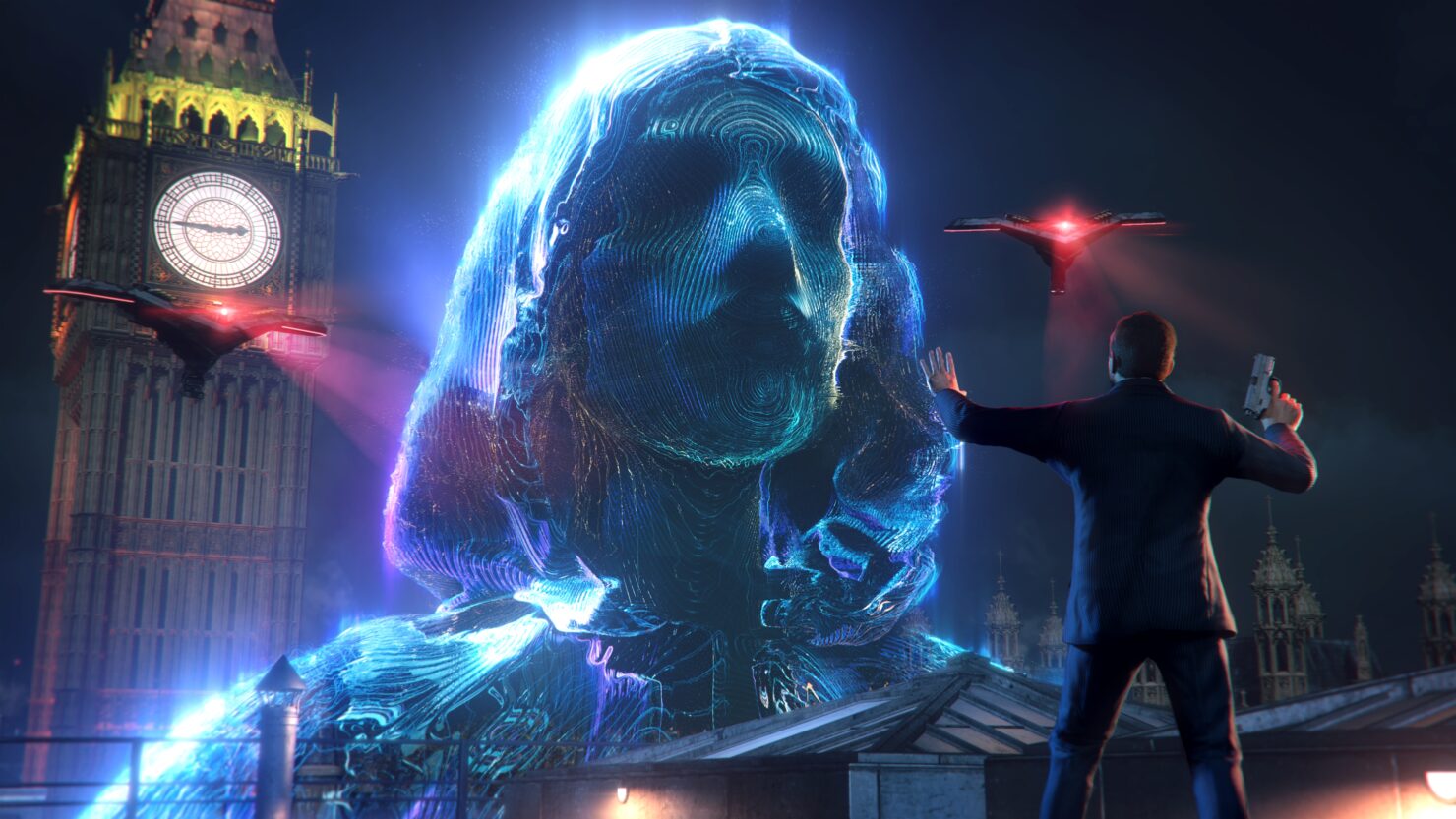 Watch Dogs Legion is the third entry of the open world hacking-themed IP created by Ubisoft at the very beginning of this console generation (though the first installment also shipped on PlayStation 3, Xbox 360, and Nintendo Wii U). Despite some controversies (chiefly the now-infamous graphics downgrade of the final version compared to pre-release trailers), Watch Dogs quickly became a huge intellectual property for the company, breaking several sales records from the get-go, including best-selling Ubisoft game on launch day and best-selling new IP ever in the United Kingdom for its launch week. Before the end of 2014, the game had sold over 10 million units, therefore paving the way for a sequel, which promptly arrived in stores only about two years and a half later.

Watch Dogs 2 managed to address several of its predecessor's shortcomings, expanding the hacking toolset at the player's disposal while delivering a more fitting and endearing cast of characters. However, despite the critics' approval, sales were much lower and Watch Dogs 2 only got to that 10-million milestone by March 2020, taking much longer to sell the same amount.

Watch Dogs Legion, the new game that's due for release later this month, seems to be at a crossroads of sorts. After the first successful entry, Ubisoft had certainly hoped to have another mega-hit franchise on its hands like Assassin's Creed. For that to happen, Watch Dogs Legion needs to leap forward with this new installment. 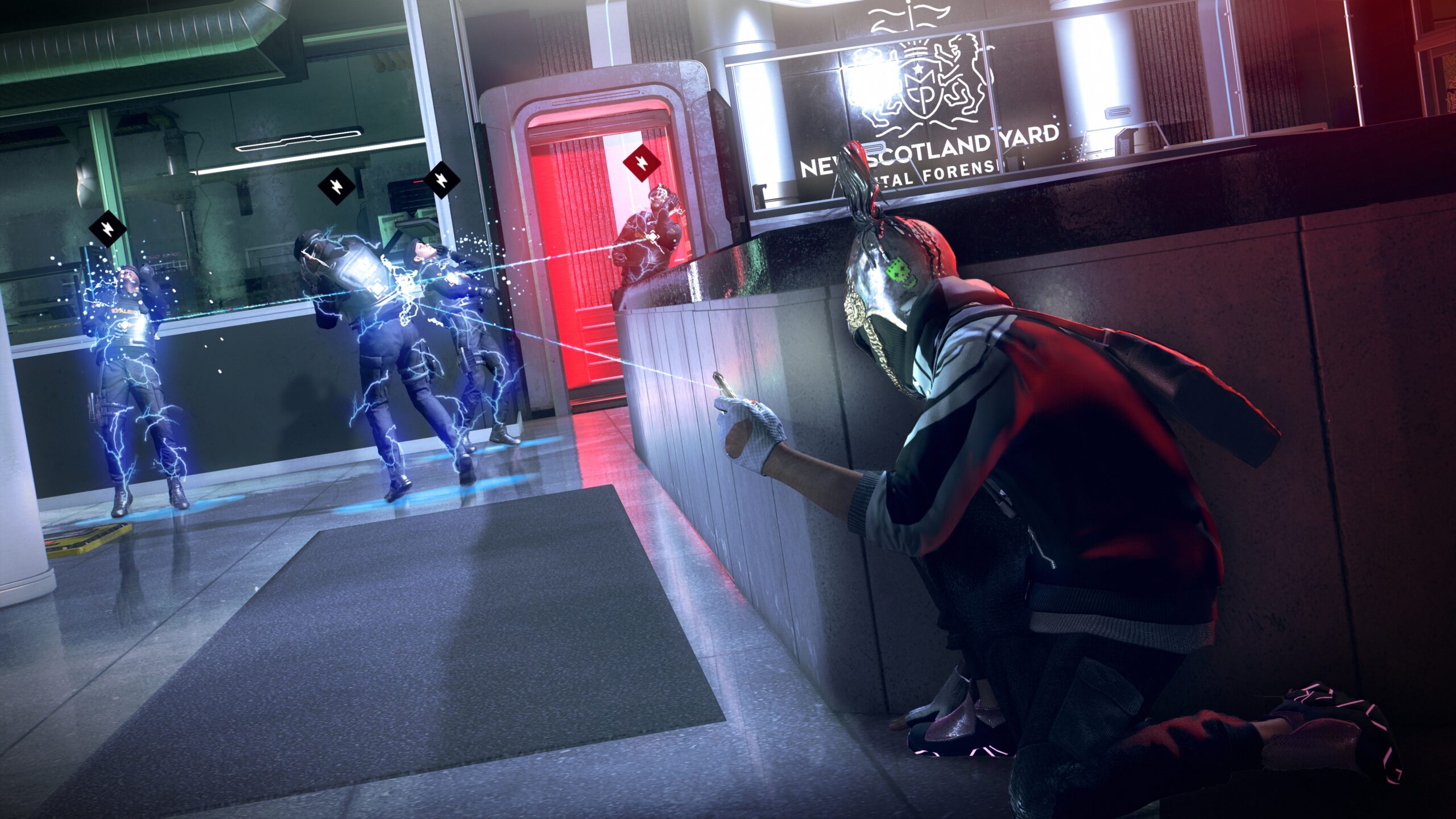 We recently got the chance to play a preview build for over three hours and came away positively impressed, though unsure whether Watch Dogs: Legion can truly turn out to be that massively successful game we were just discussing.

The recreation of London is certainly praiseworthy, that's for sure. It's the first time Ubisoft craft a near-contemporary version of the UK capital (London was the setting of Assassin's Creed Syndicate, but that game took place in 1868), and the result seems to have nicely captured the city's atmosphere and look, though of course with the surveillance state twist.

Open world Ubisoft titles have long been appreciated for their 'virtual tourism' factor and in this COVID-19 world of lockdowns and travel limitations, it's certainly nice to be able to roam around London while staying at home. The highly detailed graphics and smooth animations help a lot, too.

It was hard to notice that during gameplay, since the preview happened remotely through Parsec, but the footage below (captured at the remote PC) shows the game looking great with ray-traced reflections enabled. Of course, we don't know the specs of the remote PC.

The fundamental gameplay we've come to expect from this series remains largely in place. In Watch Dogs: Legion, you will still be hacking all sorts of cameras, drones and cellphones in order to pursue DedSec's goals. Melee combat is not exactly the highlight of the gameplay, and stealth seems to be more satisfying than combat in general, not to mention more appropriate given the basic premise of Watch Dogs: Legion.

The main change can be found in the sheer variety of options available to players. If you've followed the development even just a little bit, you'll probably be aware of the key feature of Legion: being able to recruit any non-player character (NPC) you'll come across for your team of hackers/revolutionaries. You won't be playing as a predefined character, but instead you'll get to swap between the recruited DedSec operatives, choosing the one that's most suitable for the next mission. 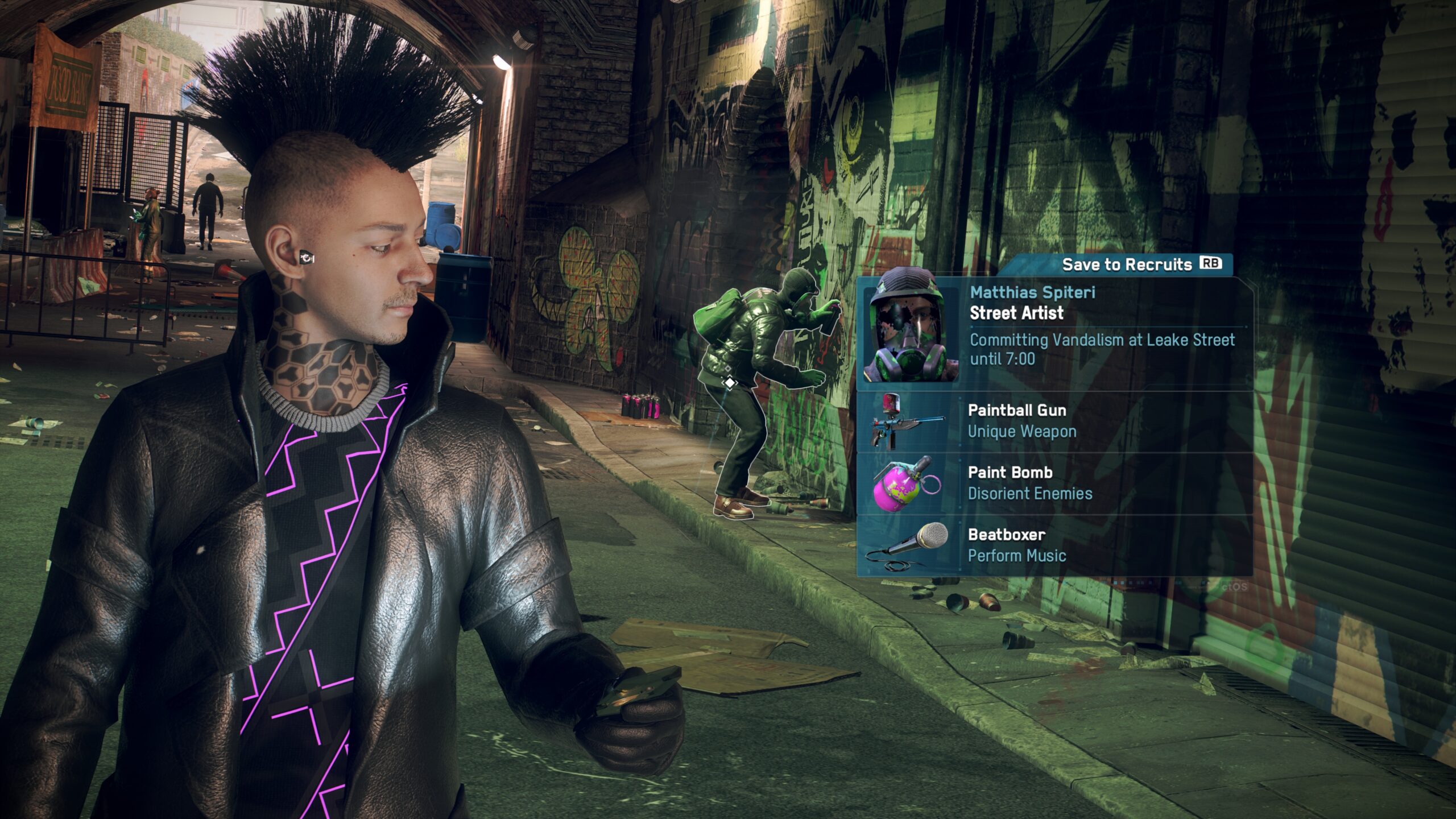 While all NPCs have a default class assigned to them between hacker, enforcer, and infiltrator, their backgrounds will be unique, thus affecting their skills and equipment. Some of them will feature more extreme pros and cons than others; for instance, an 'adrenaline junkie' could deal more damage but also risk dying at any given moment. Elderly characters will be penalized when it comes to certain physical feats that become much tougher at their age; for example, they won't be able to sprint or take cover. However, they are likely to have great boons that a smart player will take advantage of in the right situations.

Of course, the game won't just let you press a button and recruit them. Each NPC has an opinion of DedSec and it may not be at all easy to bring them into the fold. What's more, your actions could potentially lower DedSec's reputation in the eyes of an NPC, making it even harder for you to persuade them to join your uprising against Albion, the private military company that has London on lockdown. Additionally, you can turn on the optional permadeath mode for the ultimate challenge. There aren't many triple-A games that allow such in-depth interaction with the game world, not to mention customization of the player experience.

It won't be long now before Watch Dogs: Legion arrives. The game, originally scheduled to launch in March, is now pinned for an October 29th release date on PC, PlayStation 4, Xbox One and Google Stadia, while it'll be available at launch for the Xbox Series S/X and PlayStation 5.

Look forward to our full review in the coming weeks. Meanwhile, here's the post-launch roadmap, straight from the developers.