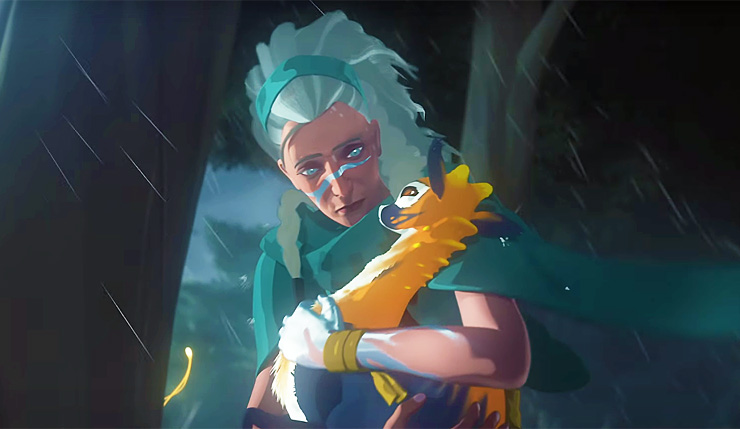 Last year at Microsoft’s X019 event, we were given the first taste of Rare’s next big project, Everwild. We were only shown a brief teaser for Everwild, but the game strongly evoked Zelda: Breath of the Wild with a gorgeous cell-shaded open-looking world, populated by all manner of fantasy creatures. We know the game is being led by Louise O’Connor, whose previous credits include Conker’s Bad Fur Day and Fable Legends, and it’s rumored the dev team includes folks who have worked on Sea of Thieves, Total War, and Sonic series. Other than that, very little has been revealed about Everwild since it was first shown.

Well, the wait for new scraps of Everwild information is finally over, as Rare provided a fresh peek at the game at today’s big Xbox Games Showcase. Check out the new trailer for the game, below.

Looks like Everwild has received a bit of a visual upgrade since the last time we saw it – character models and creatures are definitely more detailed than they were before. As for what the game is about and how it plays, well, that’s still a bit of a mystery. The trailer talks about the “world having a rhythm,” and we see various creatures helping out the game’s protagonists, so that’s surely a game mechanic. Producer Louise O’Connor briefly provided a few more details about Everwild, including the game’s "Eternal" protagonists...

Everwild will give to you a magical and untamed world for you to explore and truly lose yourself in. It's a place to be Eternal. An Eternal has the gift to sense and feel how magic flows through nature and connects every living thing. The team here at Rare are so excited to be working on something like Everwild, and I hope you're excited too.

Platforms and a release window have yet to be revealed for Everwild, but you can bet it's coming to the PC and Xbox Series X at least. What do you think? Does Rare's latest look promising?