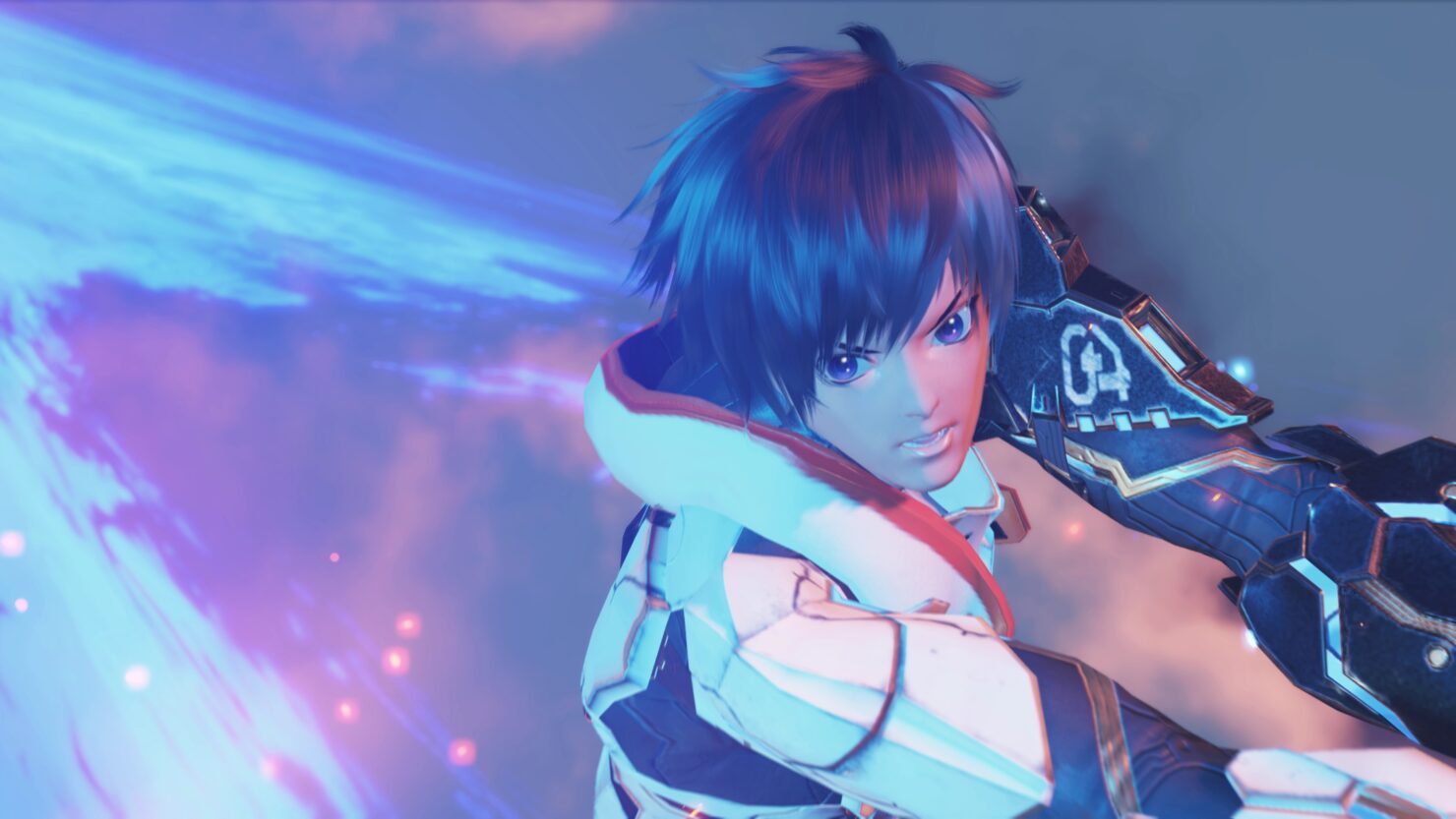 Phantasy Star Online 2: New Genesis has been fairly scarce on details since the enhanced multiplayer action RPG was first revealed during Microsoft's gaming showcase last July. While not a completely new entry in the Phantasy Star Online universe, this redesigned title aims to rework the "game design, gameplay and graphics engine" for a new console generation.

SEGA's flagship online action RPG will see new life as Phantasy Star Online 2: New Genesis sometime in 2021. While Microsoft themselves have only confirmed an Xbox One and PC release (with Xbox Series X support coming in the future), the Japanese reveal trailer for New Genesis did reveal both a PlayStation 4 logo and cloud version in development for Nintendo Switch and PC.

Today, SEGA revealed a community Q&A for Phantasy Star Online 2: New Genesis that shed a bit more light on what changes will be coming between the currently-available PSO2 and New Genesis when it launches next year. Players that are currently experiencing PSO2 on the minimum system requirements may find themselves needing to upgrade their PC when New Genesis arrives in order to continue playing.

How does the system allow you to move between the worlds of PSO2 and PSO2:NGS using the same account?

The worlds of PSO2 and PSO2:NGS will coexist in a single game. After logging in to the game, we plan to have a feature similar to the current PSO2 block movement feature, which allows players to move between each world.

We have been informed that the graphics engine on the PSO2 side will be renewed. How will the graphics change?

In order to be able to play as the same character in PSO2 and PSO2:NGS, the graphics engine in PSO2 must be updated to be the same as in PSO2:NGS. For this reason, we will have to adjust the entire graphical presentation of the current PSO2 game.

Please note that the current PSO2 graphic settings will no longer be available after the engine update. Moreover, since DirectX11 will be supported and the recommended specs will be changed, it may not run on a PC that does not meet the system requirements.

We will have more details on how PSO2 will change its graphics at a later date, as we are still working on it.

When do you get to move the fingers? Will the fingers still be able to move when equipped with PSO2's outfits and parts?

In PSO2:NGS, the fingers will be able to move in some basic and combat motions. Emotes that support finger movement will also be released.

What exactly are the fashion elements of PSO2 that can be used in PSO2:NGS?

The following list details the fashion items and registration information obtained in PSO2 that can be shared between PSO2 and PSO2:NGS.

*This includes all collaboration-related fashion items and registration information.

What are the specifics on the compatibility between PSO2 and PSO2:NGS’ character creation features and fashion elements?

REGARDING THE PHYSIQUE CREATION

A new design parameter of “skin glossiness” can be adjusted for both PSO2 and PSO2:NGS physiques.

The following explains how “Finger Movements” and “Body Paint” works:

Those face variants and hairstyles that are designed in PSO2:NGS specs are better in graphics with expanded customization options compared to those in PSO2. Face variants of PSO2:NGS are still applicable even when the character’s physique is based on outfits, parts, and wearable items from PSO2 (and vice-versa.)

OUTFITS AND WEARABLE ITEMS IN PSO2:NGS

Compared to outfits and wearable items from PSO2, those of PSO2:NGS are better in graphics, and the character’s fingers move when equipped.

*When equipped with PSO2 outfits and wearable items, their fingers do not move.

Compared to arm, body, and leg parts in PSO2, those in PSO2:NGS are better in graphics, and the character’s fingers move when an arm part is equipped.

*When equipped with PSO2 CAST parts, fingers do not move.

All accessories obtained in PSO2 are available to use in PSO2:NGS. Also, new accessories available to obtain in PSO2:NGS will have more expanded customizability than accessories of PSO2. Regardless of face variant, hairstyle, head part, equipped outfit, wearable item, arm, body, and leg part option selected, accessories from both worlds can be used.

What happens to the duration and expansion of content that was redeemed with AC/SG items in PSO2?

The duration of Premium Set will be effective and shared in both PSO2:NGS and PSO2. There are also some exclusive features available in PSO2:NGS while the pass is active.

In addition to that, use of “Character Creation Permit,” the duration of “Material Storage,” “Extended Storage,” and “Personal Shop,” as well as the expansion of “Character Storage” and “Sub-Palette” are also shared in both worlds.

However, please note that as the game system in PSO2:NGS is different, “Inventory Expansion,” “Skill Tree Addition”, the duration of “Expand Max Orders Limit” and “Personal Quarters Use,” and additions of “Mags” and “Auxiliary Partners” do not receive the same benefit. Please be assured that they will still remain the same in the world of PSO2.

Can Weapon Camos obtained in PSO2 be used in PSO2:NGS?

Yes, they can be used. However, please note that if in case an applicable weapon category is not released, they will not be able to be used.

Will the Titles be shared between PSO2 and PSO2:NGS?

We have learned that “Meseta” will not be shared. What will happen to the Personal Shop?

Furthermore, the items you can put up for sale will be limited to items you have obtained through contents for PSO2:NGS. The duration of putting up an item to sale to the Personal Shop will be shared between PSO2 and PSO2:NGS.

Will the “Item pack” be shared between PSO2 and PSO2:NGS?

You will own separate “Inventory” between PSO2 and PSO2:NGS, and information about expansions will not be shared.

Will the Storage for PSO2 and PSO2:NGS be shared?

All “Storage” information including expansions, but excluding the “Alliance Storage”, and “Meseta Storage”, will be shared, and you will be able to stock and take out items obtained from both PSO2 and PSO2:NGS.

Will “Partners”, “Friends Avatars”, “Auxiliaries” be shared between PSO2 and PSO2:NGS?

The “Partners”, “Friends Avatars”, “Auxiliaries” function does not exist in PSO2:NGS, so they will not be shared.

Will “Friend Information” be shared between PSO2 and PSO2:NGS?

Will Alliance Information be shared between PSO2 and PSO2:NGS?

Yes, it will be shared. You will also be able to communicate through “Alliance Chat” across PSO2 and PSO2:NGS. However, the “Alliance Quarters” exists only on the PSO2 world, as well as the “Alliance Tree”, and “Alliance Storage”.

Will the “Symbol Art” be shared between PSO2 and PSO2:NGS?

Yes, it will be shared. You will also be able to create new ones.

Will you be able to chat between PSO2 and PSO2:NGS?

That's all of the details that SEGA was willing to share for Phantasy Star Online 2: New Genesis at this time. With the enhanced online action RPG still a year away from release, there's still time to jump into Phantasy Star Online 2 now and journey across the galaxy as a member of ARKS. Character progression will carry over into New Genesis, so now's the perfect time to see what this free-to-play title is all about!