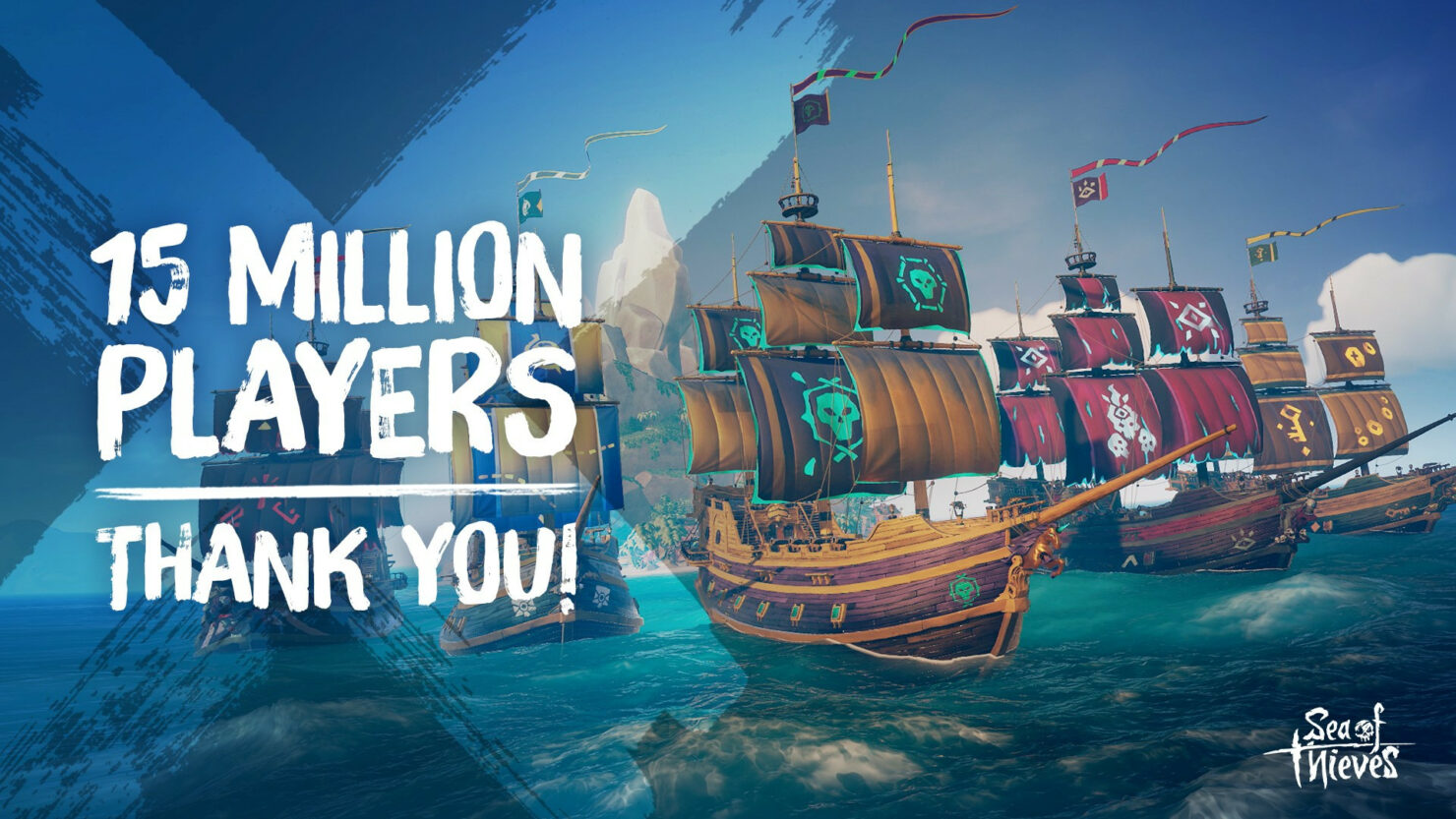 Rare's Sea of Thieves is enjoying a renaissance of sorts lately and the developer was all too happy to highlight an important new milestone as the game just crossed fifteen million players since launch. The 'shared world pirate adventure game' also sold over a million units since launching on Steam in early June, according to Rare Executive Producer Joe Neate.

It was only in January of this year when we shared that 10 million people had played the game! We’re also humbled that more people have played Sea of Thieves in the first six months of 2020 than who played in the whole of 2019, which was more than 2018.

Last month – June 2020 – was also the biggest month so far for Sea of Thieves in terms of active players, with more than 3.3M players setting sail. A contributing factor to this growth has been our recent launch on Steam. We’ve been blown away by the support we’ve seen from the Steam community, with over 1M copies of the game having been sold so far and the game regularly appearing in the top selling and most played games charts.

On behalf of all of us at Rare, I’d like to say a big thank you to everyone who’s ever played Sea of Thieves for helping to get us this far. It’s a game that we love making, and there’s plenty more to come.

It sounds like there's plenty of updates and improvements to come in the next few years, which makes sense given the rising popularity of Sea of Thieves. The game didn't exactly turn out to be very exciting at launch, as we noted in our special multi-perspective review at the time, but the tides have certainly turned around for Rare, which is now also working on its new IP for the Xbox Series X, Everwild.