Xbox Series X Can Add HDR Support to Any Game That Wasn’t Designed for It, In Theory

The big Xbox Series X reveal had a lot of technical info to unpack. We already knew that the CPU and the GPU would be powered by AMD's Zen 2 and RDNA 2 architectures, respectively, but Microsoft introduced a lot of unexpected features, such as the so-called Xbox Velocity Architecture, which is comprised of four components: custom NVMe SSD, a dedicated hardware decompression block (to eliminate all overhead associated with real-time decompression), the all-new DirectStorage API (reportedly coming to PC, too, at some point), and Sampler Feedback Streaming (SFS). The latter, for instance, aims to greatly improve memory utilization for textures, therefore acting as a 2x or 3x multiplier for memory and SSD performance.

Other highlights of the Xbox Series X unveiling include DirectML support, powered by over 24 TFLOPS of 16-bit float performance and over 97 TOPS (trillion operations per second) of 4-bit integer performance on Microsoft's next-generation console. Machine learning will be used in a number of ways, from making NPCs much smarter to providing vastly more lifelike animation and greatly improving visual quality as a whole.

The most surprising feature, however, is arguably the 'Auto HDR' project. Microsoft's Advanced Technology Group Principal Software Engineer Claude Marais showcased it to Eurogamer's Digital Foundry using Halo 5, which never shipped with High Dynamic Range support as it launched in 2015 when HDR adoption was basically non-existent. Below you can find an example of the luminance difference between the regular SDR (Standard Dynamic Range) and the machine-learning-based 'Auto HDR' available on Xbox Series X. 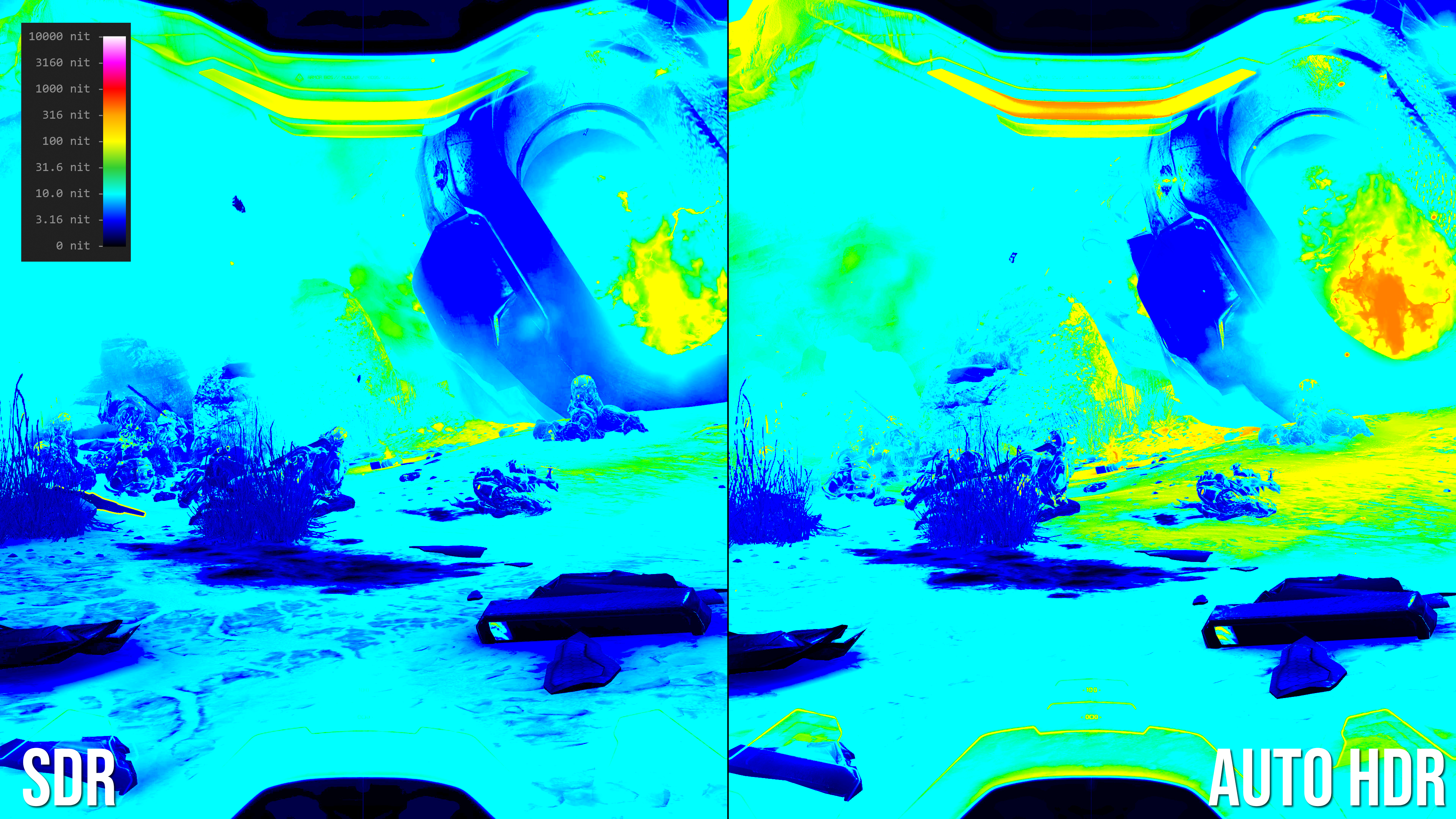 Marais said that in theory, this could be applied virtually any game. He then proceeded to demonstrate Fuzion Frenzy, an original Xbox game, also working with the Auto HDR feature.

It can be applied to all games theoretically, technically, I guess we're still working through user experiences and things like that but this is a technical demo. So this [Halo 5] is four years old, right, so let's go to the extreme and jump to a game that is 19, 20 years old right now - and that is Fuzion Frenzy. Back then there's nothing known about HDR, no-one knew about HDR things. Games just used 8-bit back buffers.

Given that to this day there are some games still shipping without HDR support, this is great news for Xbox Series X owners who may be able to play basically any game in their Xbox library while taking advantage of their HDR displays. It remains to be seen whether this feature will eventually be available on Windows PC, too - it would be certainly welcome among PC gamers as well.