The Outer Worlds: Peril on Gorgon

Almost a full year after the original release of The Outer Worlds, Obsidian Entertainment has now launched the first downloadable content piece for its first-person sci-fi roleplaying game, Peril on Gorgon.

As you can guess by the name, Peril on Gorgon sends you and your crew to the namesake asteroid, a nearly deserted place where corporation Spacer's Choice was researching Adrena-Time, a potentially revolutionary drug whose main purpose was to massively reduce fatigue for workers and proportionally increase productivity. Of course, the project went sideways and resulted in the ruin of both the environment of Gorgon and its inhabitants. The developer's intent to continue highlighting this specific theme that was first introduced in the base game is quite clear and makes perfect sense given its actuality in the real world.

Just like with the base game, the best part of The Outer Worlds: Peril on Gorgon is still the chance to influence the outcome of certain quests, in pure roleplaying game fashion. Sometimes, you'll even be able to find out alternative ways to complete quests that the game didn't even present to you at first glance, which is the true hallmark of a proper RPG.

Another highlight is the excellent writing, though that's not a surprise since Obsidian Entertainment made a name for itself over the years due to their expertise in this area. The crew of companion characters in particular stands out above everything else and because of them, going back to The Outer Worlds felt just like meeting old friends after a rather long time apart. As for the Peril of Gorgon story itself (which mostly takes place on the asteroid, although it will take you on a detour or two throughout the Halcyon system), it is decidedly framed as a vaguely noir detective story, though there aren't actually any additional investigative mechanics to be found in this DLC. Still, the developers have nailed the atmosphere and the plot as a whole is intriguing to follow, if slightly predictable in its development. In terms of content size, the main quest is by far the biggest addition, with only two minor side quests available on Gorgon; overall, though, everything can be completed within seven to eight hours.

The combat system of The Outer Worlds remains largely underwhelming in this DLC. As you can see in the gameplay footage embedded below, even on Hard difficulty the encounters are generally over in a matter of seconds, and that's not even with finely tweaked character builds. While it feels decent enough when playing it, there's no real tactical finesse involved, not to mention no true challenge. Even enemy variety in Peril of Gorgon isn't great, as crazed marauders make up the overwhelming majority of foes you'll be required to defeat.

On top of that, loot drops are the furthest thing from exciting, a rather significant misstep for a roleplaying game. You'll find piles of munitions and drugs pretty much at every corner, stacking up to ludicrously high and rather useless amounts (I ended up playing the whole DLC with a constant reserve of nearly 11K ammunition for each type), but unique and powerful armor pieces or weapons are almost non-existent. Given that Obsidian has been making roleplaying games for nearly twenty years, this is a bit baffling.

For the original review, I played the game on Xbox One X. I switched to PC for Peril on Gorgon, though, and the jump in visuals and frame rate was immediately obvious coming from Microsoft's current-gen console. That said, the performance on PC isn't exactly top-notch. With an Intel i9-9900K CPU and a GeForce RTX 2080Ti GPU, you'd expect to be able to play at max settings without a hitch, but that's not the case here. I had to turn down the rendering resolution all the way to 80% in order to get a smooth experience, which is disappointing to say the least, especially since The Outer Worlds isn't the busiest or the most detailed game out there, far from it.

Thankfully, there are now options on PC to offset the reduced sharpness, for example by enabling the built-in sharpening filter available to NVIDIA users via the Control Panel.

Considering the low price ($14.99 standalone, $24.99 as part of the 'Season Pass' which also includes another upcoming expansion), it's hard not to recommend Peril on Gorgon to those who have enjoyed The Outer Worlds. One thing is for certain, though: it won't win over any players who didn't really like the base game. 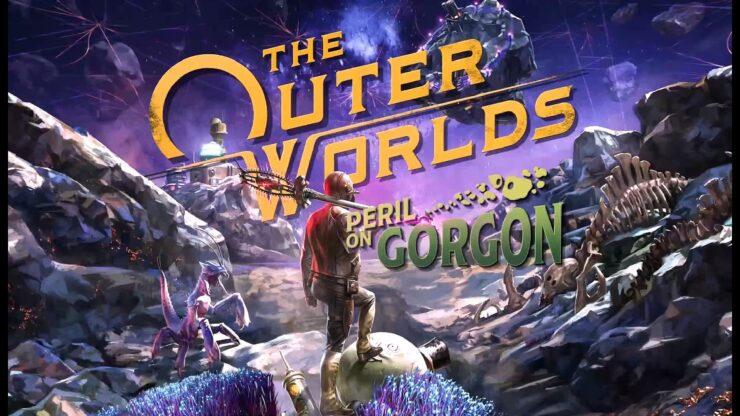 Peril on Gorgon, the first DLC released for The Outer Worlds, maintains all of the pros and cons we've already seen in the base game. The plot is intriguing while the characters remain the true highlight, but combat is a bit lackluster and optimization underwhelming.