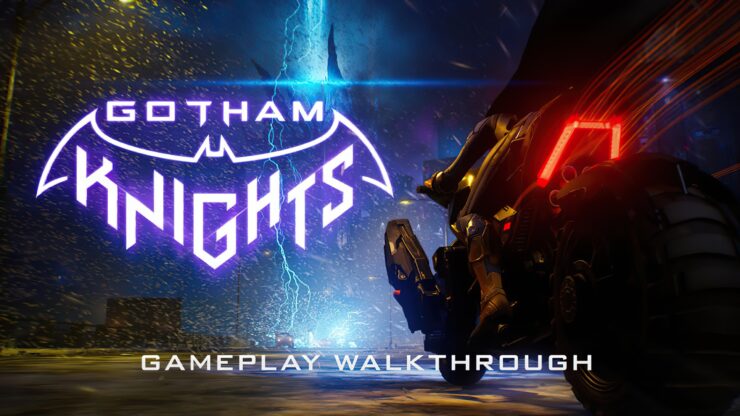 After many years of rumors, Gotham Knights, the next game by Warner Bros. Montréal (Batman: Arkham Origins), was announced today at the DC FanDome virtual event. The game will launch next year and feature an optional two-player online co-op.

As mentioned in the title, the entire premise is that Batman is dead and four Gotham Knights (Batgirl, Red Hood, Robin, and Nightwing) have to step in to fill his shoes. In terms of gameplay, it looks like the goal will be to merge the Arkham trilogy with action RPG elements.

Check out the in-depth details taken from the official fact sheet, as well as the debut trailer and gameplay (both of which are available for viewing in UltraHD resolution). Gotham Knights will launch next year on PlayStation 4, PlayStation 5, Xbox One, Xbox Series X, and PC.

• Play as a New Guard of DC Super Heroes – Step into the roles of Batgirl, Nightwing, Red Hood and Robin and shape Gotham’s newest protector to create your own version of the Dark Knight.
• Action-Packed, Original Story Set in DC’s Batman Universe – With the Belfry as their base of operations, this new era of heroes will solve mysteries that connect the darkest chapters in Gotham’s history – from its soaring towers to its underground criminal network. Embark on rich storylines, including face-offs against some of the most infamous DC Super-Villains, such as Mr. Freeze, who is set on engulfing Gotham City in ice.
• Explore and Fight Crime in an Open-World Gotham City – Patrol the dark streets of five distinct boroughs in a dynamic, interactive Gotham using a variety of traversal abilities and heroic combat moves, as well as the iconic Batcycle. From street-level crimefighting to face-offs with iconic DC Super-Villains, save the city from descent into chaos.
• Unique Character Abilities and Customization – Each hero has unique abilities, gear, weapons and a customizable suit.
Batgirl wields her melee tonfa; Nightwing uses his signature dual Escrima Sticks; Red Hood has trained to reach peak human strength; and Robin is expertly skilled with his collapsible quarter staff.
• Team Up in Two-Player, Online Co-Op – Play Gotham Knights solo or team up with a friend and combine strengths to protect Gotham City in two-player, online co-op.