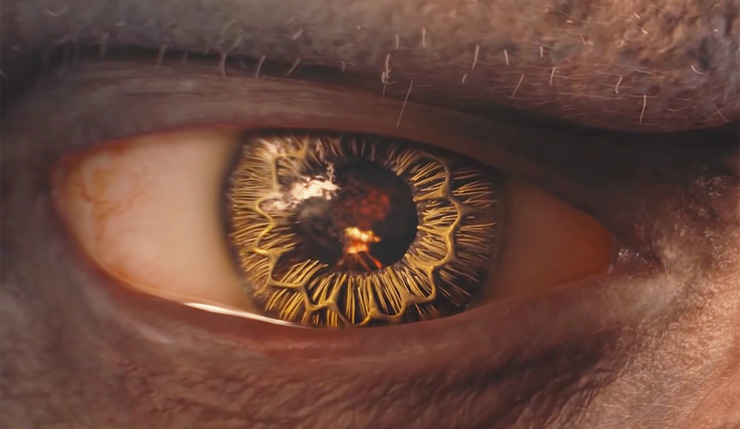 Last year, Daedalic Entertainment announced The Lord of the Rings: Gollum, a new action-adventure game set in J.R.R. Tolkien’s legendary fantasy universe. Since then, we haven’t seen much of the game – a handful of not-super-revealing screenshots has been it. Well, today Daedalic released their first LOTR: Gollum teaser trailer, which provides a fresh look at their version of ol’ Smeagol. Check it out for yourself, below.

Daedalic has said their Gollum won’t look quite like the one in Peter Jackson’s LOTR movies, and this new trailer certainly bears that out. The video game Gollum looks smaller, cuter, and more sympathetic than the one played by Andy Serkis. That makes sense, as the movie Gollum might be a bit much to deal with for an entire full-length video game. Need to know more about LOTR: Gollum? This is all we’ve been provided in terms of an official description…

The Lord of the Rings: Gollum is the first video game to be born out of the new fellowship forged between Daedalic Entertainment and Middle-earth Enterprises, with scope for more new experiences in the future. This new title will remain true to the vision laid out in J.R.R Tolkien’s The Lord of the Rings and will also explore new events and details related to Gollum’s journey. The Lord of the Rings: Gollum will be powered by Unreal Engine and will be localised into multiple languages so that fans from across the globe will be able to enjoy this new action adventure.

Daedalic has also let slip that LOTR: Gollum will feature stealth and interesting player-choice mechanics, as your “Gollum” and “Smeagol” sides battle against each other. Hopefully we find out more about the game sometime soon.

The Lord of the Rings: Gollum is slated to hit PC, Xbox Series X, and PS5 sometime in 2021.

The Lords of the Rings Gollum for PS5, Xbox Series X and PC Receives Its First Screenshots