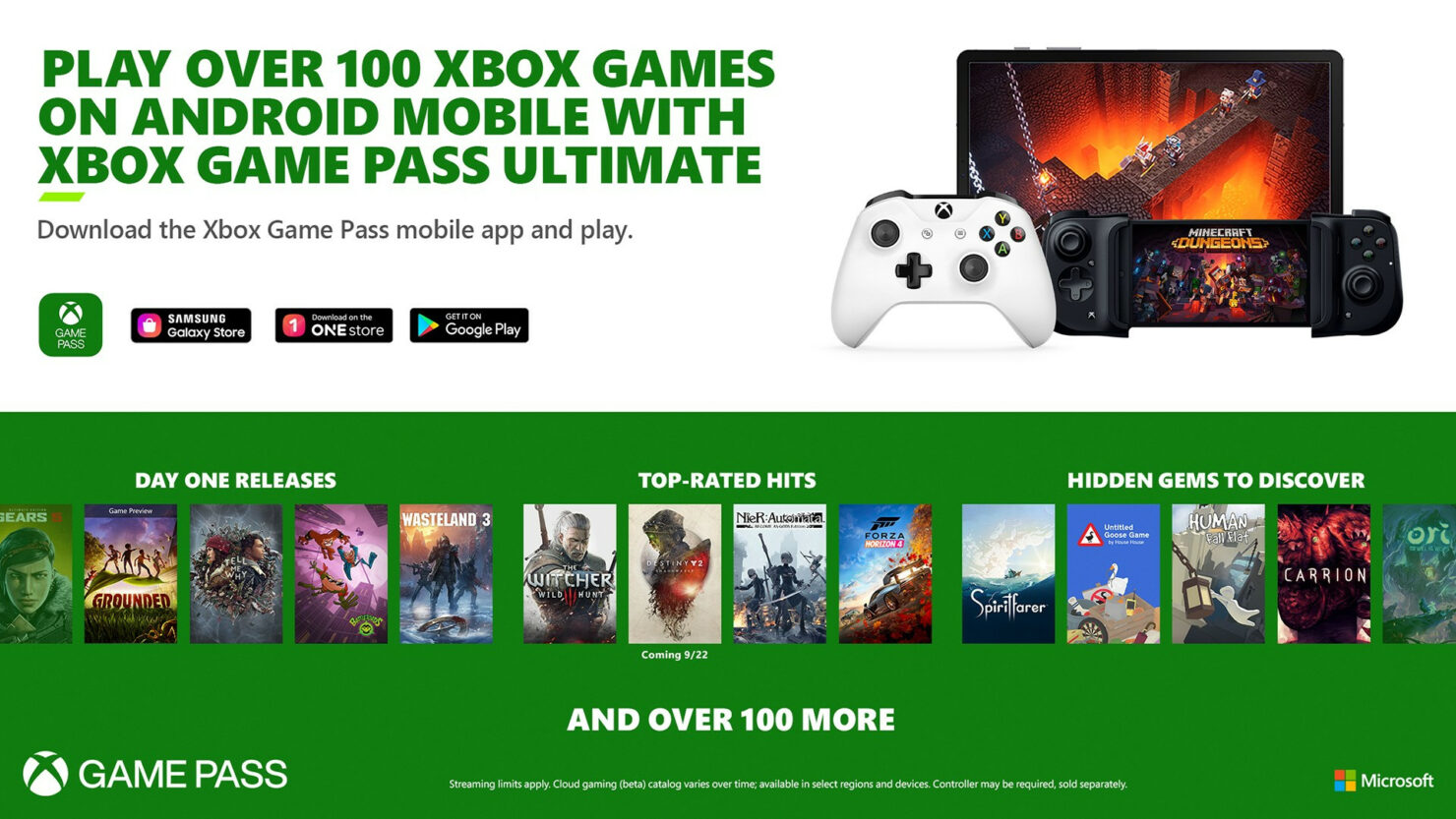 Microsoft's cloud gaming initiative, previously known as Project xCloud, is officially launching today as part of Xbox Game Pass Ultimate. Subscribers will be able to stream for free over 150 titles to their Android devices. While connecting a controller will be the ideal way to play, Microsoft is working on touch controls that are optimized for cloud gaming.

The first game to support them is Minecraft Dungeons, though supposedly more games will support touch controls 'soon after cloud gaming goes live'. Later this year, Xbox Game Pass Ultimate is also adding EA Play titles, some of which will even be playable via cloud gaming.

Are you excited about this new cloud streaming service? Let us know in the comments!