Bloodstained: Ritual of the Night

The hunger for a new adventure from Koji Igarashi has been unlike anything else in the video gaming industry. What was once a nearly yearly staple of Nintendo’s handheld line has been noticeably absent in the past decade or so. In fact, the last IGA-helmed title, Castlevania: Order of Ecclesia, was released in the second half of 2008. Since then, an entire genre of retro-inspired titles and even AA-developed tributes have cropped up across every modern console. Most of these other titles had their own unique hook but they all seemed to lack the same cohesive charm that IGA’s team could craft together under the Konami brand. IGA had since left the team at Konami behind and founded a new team to make a new gothic adventure but they needed a little help getting the project funded via Kickstarter. That insatiable hunger was enough to fund the entire project in a single day and rise to become one of the highest Kickstarter projects of all time. Now, four years and five and a half million dollars later, Bloodstained: Ritual of the Night has been unleashed upon the world so that players can experience a new generation of IGAvania.

Enter Miriam, a heroine with the tragic fate of being a shard bearer, where the shards she draws power from becoming grafted upon her body. Set in a 1700’s European village, the Bloodstained story remains quite close to what players could expect from a neo-Castlevania title in all but namesake. Miriam’s quest revolves chasing down the one behind summoning demons to the landscape, a crystal-infused antagonist named Gebel (who some may remember as being playable in the standalone Curse of the Moon title from last year). There are only a few NPCs that still live around the castle, most either offering Miriam some sort of support on her adventure or impeding her progress. Many of these NPCs can provide Miriam with fetch quests, either to kill a select number of foes or gathering items, typically banal MMORPG-like quests that can provide Miriam with unique rewards.

Without those last few IGAVANIA releases on Nintendo handhelds, Bloodstained wouldn’t be as rich with content as it is. The soul system that Soma Cruz used to power up in the Sorrow subset of Castlevania titles has been reworked into a system unique to Miriam in the form of shards. These all drastically change up her skill set to include subweapons, manipulative/mobility options, passive boosts, and familiars, all upgrades that should be quite familiar to longtime players. To help incentivize the player to grind and hunt down for as many shards as possible, multiple shards can be gathered to increase a shard’s rank up to a maximum of nine and the same can be done for upgrading a shard via infusing monster materials into them to increase the grade of a given shard.

This latter mechanic is perhaps the single most important enhancement to Miriam’s arsenal, as upgrading one of the passive yellow shards to its maximum rank (by way of farming the same enemy over and over) will give Miriam a permanent passive boost that no longer requires the equipping of that specific shard, although you have the option to double up that bonus by equipping that same shard in Miriam’s gear loadout. This can be situationally useful to give Miriam unique bonuses such as crafting extra items back at the home base (by stacking both active and passive shards, Miriam can create up to five copies of a given item instead of just three with just one shard equipped) or double the stat bonuses as Miriam’s health decreases.

Upgrades to the hero/heroine’s traversal abilities are one of the hallmarks of a Metroid-esque adventure and something that sets the later Castlevania titles from their contemporaries. Miriam’s shard collection grows through defeating certain bosses or breaking open rare shard holders hidden throughout Gebel’s castle. It took exploring nearly half of the castle before Miriam even earned her double jump. At that point, there were a great number of ledges and chests previously just out of reach. By taking a second run through the castle with that single extra ability, entire wings are opened up to the player.

More often than not, it’s one auspicious doorway or chest that offers a new upgrade for Miriam that unblocks progression. It is a great feeling the first time you bypass a critical checkpoint and venture off into an entirely new wing of the castle, but this trope is repeated each and every time Miriam unlocks a new passive shard. Bloodstained’s biggest fault is that it relies too much on backtracking and revisiting areas that aren’t made immediately clear that they’re the intended path. Upon getting a new story objective, a mark is usually left on your minimap but there’s no indication of just how Miriam should reach it. There’s one notorious section involving a gate with no real tips on where to go next. If all hope seems lost and you aren’t sure on where to proceed, why not see what OD has to say?

While previous Castlevania games relied heavily upon colorful sprite work, Bloodstained: Ritual of the Night is built in Unreal Engine 4 and features full 3D models. Through the creative use of shaders, Miriam’s colorful shards and attacks pop against the otherwise drab castle backgrounds. Many of the monsters are similar in vein to their Castlevania counterparts, although IGA couldn’t use the public domain beasts of harpies and bloody skeletons to fill the castle halls with disposable fodder. The art design on many of the beasts that Miriam must slay is a bit rough around the edges and simply don’t look great rendered in 3D. Also, the engine powering Bloodstained has issues with massive attacks from certain bosses with one in particular tanking the framerate down to single digits even on Sony’s more powerful PlayStation 4 Pro hardware.

On paper, Bloodstained: Ritual of the Night is one of the best Metroidvania titles in the past decade, while also having the honor of being the only one developed by IGA himself. From beginning to end, I couldn’t put it down and stuck around long after finding the bad and true endings to fill out every item in the database or map square. With a bit more polish, this could absolutely be among IGA’s best titles to date. However, with the graphics being an eyesore in many instances, areas of the castle that feel underutilized (the one in particular being the previously mentioned boss that murders the frame rate), and a general bit of bugs that have persisted since the initial release and have been slowly patched out, there are a lot of little nicks that shield Bloodstained from achieving a perfect score. Still, it’s very much inspired by the foundation of IGA’s greatest hits and can still stand on its own.

Bloodstained: Ritual of the Night is very much a project that’s been created for fans and those that helped support IGA’s latest vision. It isn’t just the twenty-minute long run of credits that honor every Kickstarter backer that helped to fund Bloodstained. It isn’t the numerous portraits throughout the castle that display backers (and their cats) for all to see. Every bit of the combat and hidden tribute is a love letter to the IGAvania titles that fans have doted on for two decades. It’s only been a week since I finished up all of Bloodstained: Ritual of the Night and I’m already readily awaiting Koji Igarashi’s next adventure. 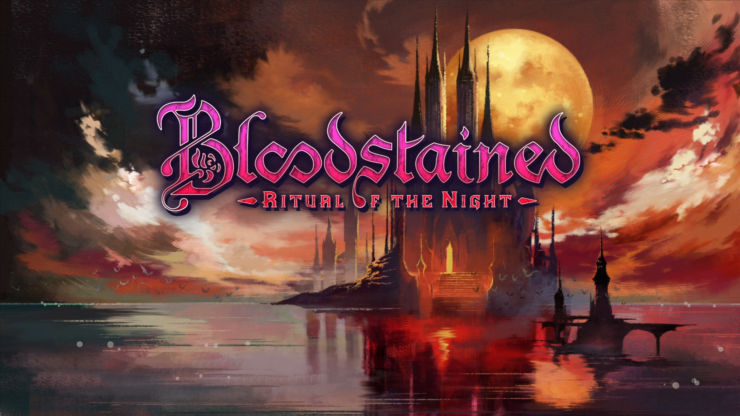 Bloodstained: Ritual of the Night shows that Koji Igarashi's genius with the invention of the modern Metrovania genre wasn't just a singular event. Through numerous teams working together to bring his vision to life, Bloodstained has become a modern classic for the evergrowing genre.