Momodora: Reverie Under the Moonlight

Despite being the fourth title in its series of Momodora titles, the latest entry, Reverie Under the Moonlight, features a new protagonist named Kaho and marks the series’ first steps onto the Playstation 4. Each of the Momodora titles come from the independent minds of rdein and Bombservice and can each be enjoyed standalone. Their newest title builds upon the foundation of the previous Momodora titles and becomes a finely crafted action adventure. 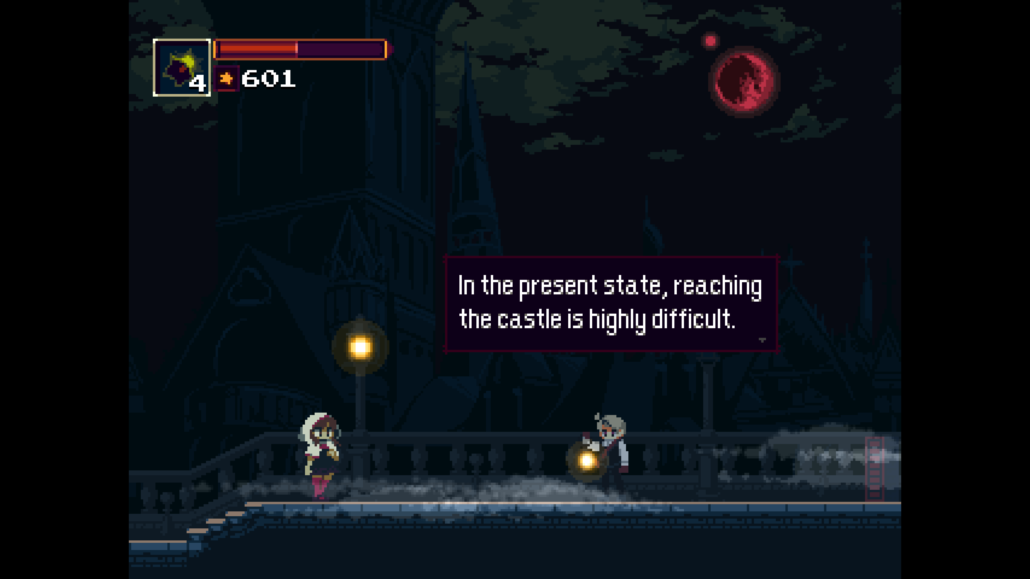 Building upon a unique marriage between the likes of Cave Story and Dark Souls, Momodora takes a number of familiar tropes and genres to fuse them together into one satisfying adventure from beginning to end. From the Souls lineage comes a style of hardened action where everything in the world is out to kill the player and it’s up to their limited resources to make it through unscathed. At the same time, the worldbuilding and interconnected setpieces of the cursed city feel right at home being traversed by a Belmont, where keys and abilities unlocked in one area of the map unlock entirely new regions to explore.

Momodora 4 is a fairly concise and well-constructed package. Even with the backtracking I had to endure, which is thankfully mitigated with a warp function that’s unlocked via one of the story upgrades, the entire journey wrapped up in under six hours. Along the way, I explored an interconnected world of unique biomes, secret rooms, the occasional shopkeeper, and plenty of danger that routinely tested my reflexes. 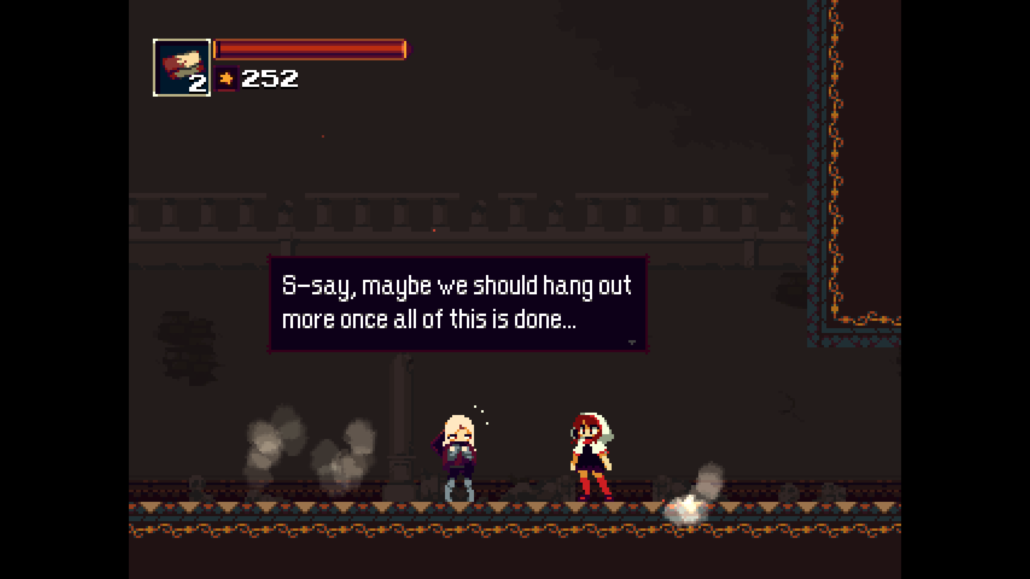 Much of the retro-inspired pixel art that drives the indie scene can be described as static or blocky, where too few frames of animation keep the experience from feeling as fluid as their higher budget contemporaries. It takes a certain art style to break that convention and make the action feel as smooth as the gameplay that matches it. The team at Bombservice have certainly hit that perfect balance with fast-paced action that goes far above and beyond its retro inspirations. Kaho can switch between jumping, swinging her weapon, and dodging all with ease and there was no worry about having to wait for stamina to refresh or animations to finish. In a title like Momodora where even regular enemy attacks can take off a sizeable chunk of Kaho’s health bar, being able to evade with regular ease is highly important. Most bosses have a sort of tell, typically a white flash, to indicate what move they’re about to use and it’s a case of trial-and-error in order to plan one’s method of attack. Thankfully there are save points placed strategically ahead of most encounters!

Kaho’s arsenal is fairly limited in terms of abilities early on as most Metrovania titles are known to begin. The usual conventions, such as the ability to charge a ranged attack (ie: bow and arrow) and double jump are available from the journey’s onset, but her sub-weapons and other powers are all locked away throughout the land. A majority of the usable upgrades are unlocked through cautious exploration or purchased from vendors that are all too willing to take her hard earned ‘munny’. However, as if badges of honor for the hardened player, defeating major bosses without consuming items or taking damage can lead to earning additional sub-weapons, a nice touch that brings something unique to the genre. 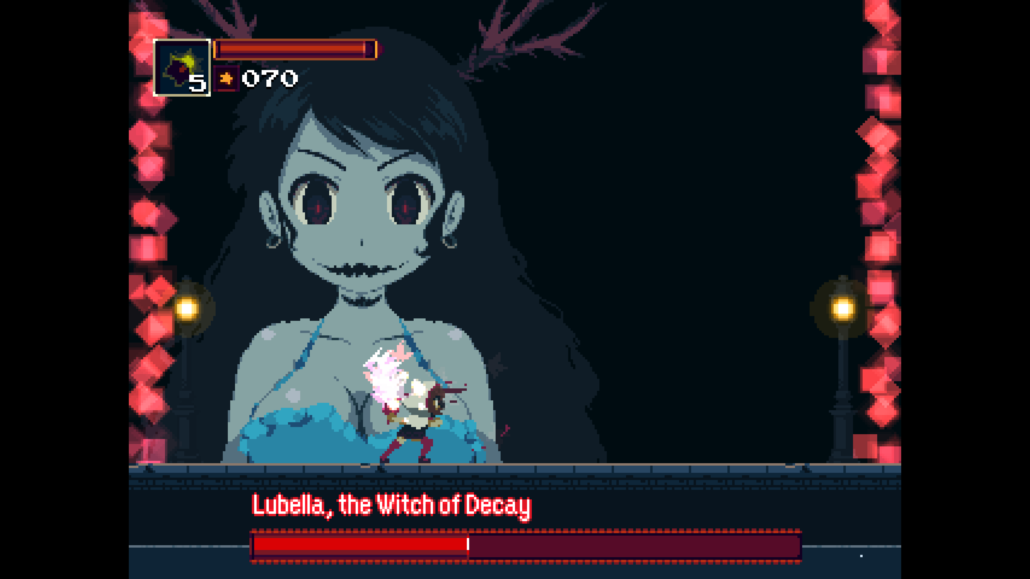 Taking some inspiration from the Dark Souls series, various bell shrines are scattered throughout the landscape and offer a brief respite for Kaho. Serving as the sole checkpoint system, these shrines are where Kaho can replenish her stock (after all, those sub-weapons only have a certain number of uses) and health as well as warp points that can help with fast travel upon earning a particular upgrade. Players should get used to seeing those bells, as death can come quite suddenly in Momodora.

Sudden death is commonplace in Reverie Under the Moonlight and it’s not uncommon to even take on a single enemy and lose all heart in mere moments. Even on the Normal difficulty, regular enemies can routinely cleave away a third of Kaho’s life in one attack. Learning the enemy’s tics and tells is essential to surviving in the cursed city since Kaho just doesn’t have enough healing items at her disposal to endure brute forcing her way through a boss fight. If that challenge doesn’t sound quite like what you’re in the mood for, an Easy mode rebalances the game to be much more suitable for the casual audience to enjoy the story while an unlockable Insane difficulty where death is only a single touch away. 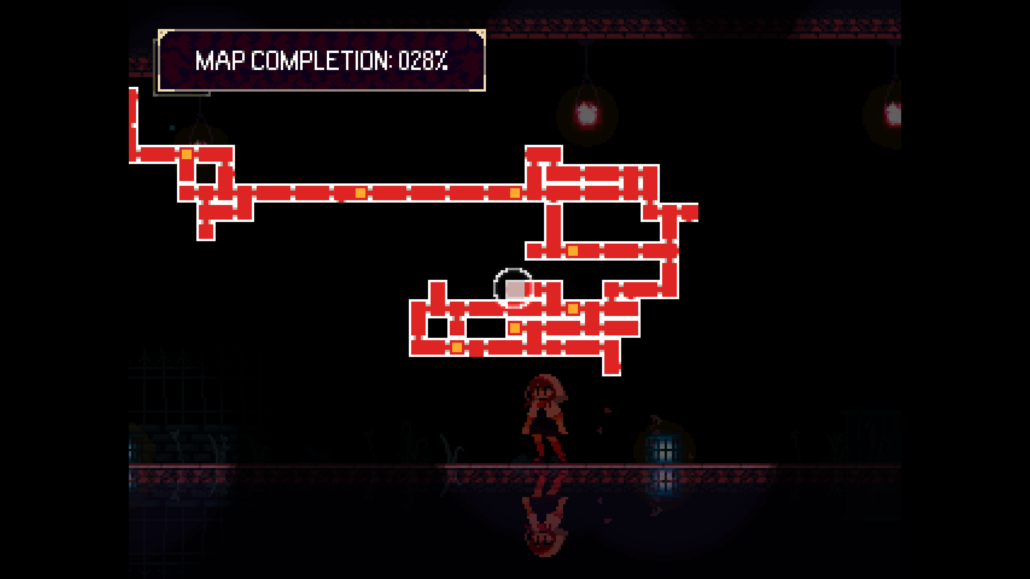 From beginning to end, Momodora: Reverie Under the Moonlight remained a masterful example of a small project with big inspiration. While it may pull from a number of other more famous titles, what it utilizes are the strengths it draws inspiration from to combine into a challenging adventure that still feels fresh. Momodora 4 is a great title for those that enjoy a hard-as-nails adventure, though those that might be new to the genre might find themselves without hope.

From beginning to end, Momodora: Reverie Under the Moonlight remained a masterful example of a small project with big inspiration.