Destiny 2: Forsaken is a personal story of vengeance. When your Guardian and Cayde-6 get a distress call to help deal with a riot in the Prison of Elders, an intergalactic penitentiary housing the worst of the Fallen, Red Legion, Hive and the new enemy type, The Scorn.

In typical Destiny fashion, the riot becomes a cover for the prison break of Prince Uldren Sov who with the help of his 8 Barons manage to escape. Before you can reach Sov, you find that the smart-talking lovable scoundrel, Cayde-6, become the first casualty of Prince Sov’s rise to power.

With no official support of Vanguards, you’re essentially on your own to taken Sov and his Barons. What this means is that your Guardian will have to work with some unsavory characters in order to put the beat down on the Prince. Tonally, there’s a massive shift towards the somber as characters you talk to (especially at the Tower) reflect on the impact that Cayde had on all their lives. The focus is revenge through and through. It's tight and never loses momentum.

The main structure of the Destiny 2: Forsaken main campaign is that you’re hunting down the Prince’s eight Barons in order to reveal his final location. Each of the Baron missions are diverse and highlight different Destiny 2 gameplay aspects. For example, The Rider is head of a notorious Pike(r) gang that’ll require to strap into in a suit-up Pike armed with some deadly artillery. The Baron’s each have their own personality and role in Prince Sov’s new world order and a hand in the murder of Cayde-6. My personal favorite is the MindBender, a Fallen who is a Hive superfan who’s mission ends in a fight in his personal little pocket dimension.

Forsaken takes you to a visually striking new location called The Tangled Shore, the home of a Fallen crime lord who goes by the name of The Spider. The Spider is a larger than life Jabba the Hutt-esque figure who needs your help dealing the Barons who’ve muscled in on his lawless turf. The Tangled Shore is a mess of floating asteroids held together by chains and derelict ship parts. It’s unwelcoming and totally a place you can see someone like Cayde-6 spending his free time doing rogue shenanigans.

The campaign is brief but impactful and manages to tell a simple Destiny story gives closure and also set-ups a lot of the end-game content that’ll keep those players who tend to check-out of a Destiny campaign once they are done.

Once you complete the campaign and get your revenge, you’ll find plenty to keep you busy in the Forsaken 2 post-game starting with the new location, The Dreaming City. This area has a ton of patrol and other distractions to grind out enough power to give you access to The Last Wish Raid. If raiding isn't your thing you can take part of the Blind Well public events which are 5 round wave-based missions that force you to fight within a certain area or you’ll take damage that'll get you good loot.

Speaking of loot, there are plenty of ways to earn sweet, sweet gear. You’ve got practically endless bounties along with rewards for completing Strikes, Raids, with daily and weekly challenges. Random weapons rolls almost guaranteed that no weapons will be the same. The other change in equip system might seem a little jarring for some players. Basically, Sniper Rifles and Shotguns are no longer considered Power Weapons. Oddly, you can put any weapon type can be put into any weapons slot which should make for interesting Crucible loadouts. Whether you only have 20 minutes or plan on playing all night, you’ll still be able to get some cool gear.

Gambit still remains my favorite online mode for Destiny 2. The 4v4 mode cleverly mixes both PvP and PvE. It starts with both teams fighting waves of enemies as they bank notes that are dropped from fallen foes. Occasionally, a portal leading to the opposing team will open up where one of your teammates can wreak havoc and vice-versa. Bank all your motes and large boss monster will spawn and the first team to defeat the monster wins. If you or your teammates die during this fight, it’ll restore the health of the boss. So there’s definitely room for big comebacks by simply wiping out the other team with a well-timed invasion.

The new Strikes are challenging are require a decent fireteam. The Corrupted Strike (which was unlocked after The Last Raid was beaten by a very dedicated group of players) requires players to complete a purification ritual in order to defeat the boss. It’s a great fight with a trip to an ascendant plane.

There’s a couple of small but welcome changes that I really I appreciated in Destiny 2: Forsaken. The Collection keeps track of your in-game achievements and works as your Grimoire if you want all your fun Destiny 2 Lore in one place. The cool thing about the collection is completing different parts of it unlocks new titles for your Guardian. It’s an easy way to give yourself something to do if you’re a hardcore completionist.

Reviewed on PC (code provided by the publisher). You can purchase the game on Amazon. 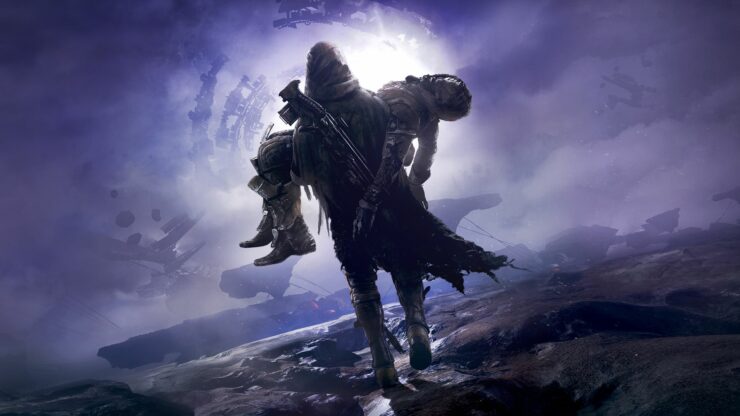 Forsaken implements several smart changes for the current season of Destiny 2 along with telling a thoughtful, yet darker story of vengeance. It's a comeback for Bungie.