After having reviewed Tearaway Unfolded, I felt that I needed to play something more 'manly'. Don't get me wrong - as you can read in the review, Unfolded is a great experience. Now and then, though, you just need something with more testosterone. When I got the opportunity to review the Ultimate Edition of Gears of War, you can guess I was a very happy man. 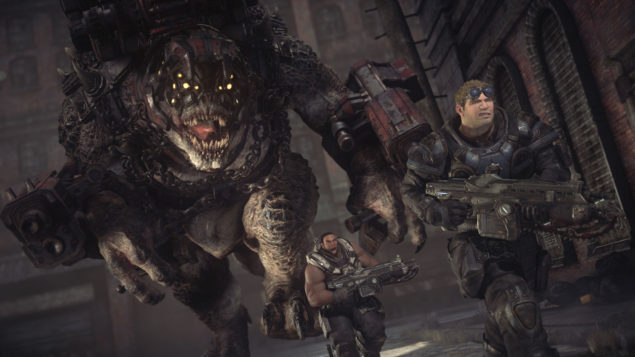 So I locked myself up in my man cage, poured in some drinks, and lost myself in a frantic war against reptilian humanoids called the Locust.

Rebuilt from the ground up

The Ultimate Edition of Gears of War brings the Xbox 360 masterpiece to the Xbox One. The game isn't a simple remaster though - the original title from 2006 was rebuilt from the ground up for the Xbox One. Developer The Coalition reworked the game's textures, sound, frame rate, resolution, controls and added free new content. On top of that, players will also be able to enjoy the original Gears of War, Gears of War 2, Gears of War 3 and Gears of War: Judgment through the Xbox One's backwards compatibility feature, scheduled to launch this November.

The original Gears of War from 2006 introduced gamers to the iconic Marcus Fenix character. Together with his team, Fenix fights a species called the Locust on the post-apocalyptic planet Sera. The Locust have invaded the planet, and it's up to Fenix and his team to exterminate the Locust. Complete extermination is reached through the use of a brutal set of weaponry, including the satisfying Hammer of Dawn - a satellite based laser. 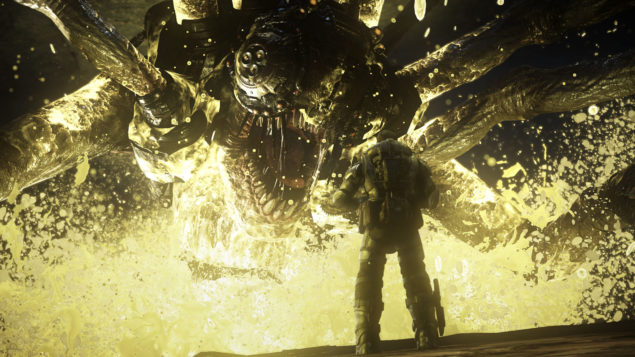 Delivering the pain to the Locust has never been more fun. The Coalition reworked the game's textures and now everything looks absolutely stunning in 1080P resolution; although the campaign mode of Gears of War: Ultimate Edition still runs at 30FPS, the experience seems to be much smoother. On more than one occasion, I caught myself watching the jaw-dropping scenery and special effects.

As previously mentioned, The Coalition also gave the controls a significant overhaul, resulting in an even smoother experience. 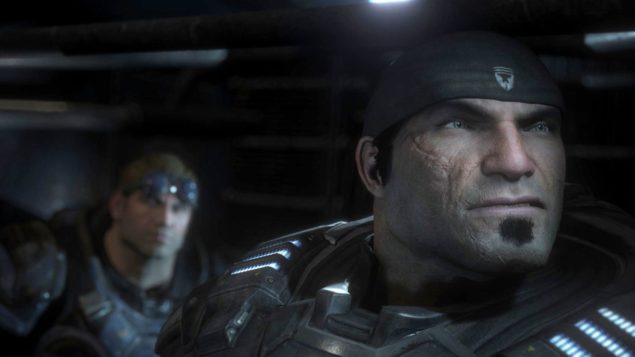 Throughout the game, you'll notice that The Coalition has added elements from Gears 2 and 3 to increase the consistency of the trilogy's story. A nice touch that boosts franchise lore. Another thing that The Coalition has added to Gears of War: Ultimate Edition is the extension of the game's final act. Prior to this Ultimate edition, this extension was only available in the PC version of the original Gears, but now Xbox gamers can enjoy it as well.

Multiplayer modes aren't my favorite cup of tea, but I have to admit that the studio has done some a great job revamping this part of the game. Not only does the multiplayer run at solid 60FPS, but three new modes have been added to the original multiplayer mode, including the community developed 2vs2 Gnasher Execution mode. The performance upgrade that Gears of War: Ultimate Edition received adds even more to the intense multiplayer experience that the original Gears offered. Combine this with new modes, and you got yourself an even meatier multiplayer experience.

It's all great then? Not everything..

A feature that hasn’t been fully revised is the game’s cover and revive system. While it still functions properly, recent titles use a more advanced system. On more than one occasion, my proud buddy Cole (or any other team member, really) decided to take on a bit too many Locusts by himself. The ‘Coletrain’ had to be revived, but the game’s pointing system didn’t accurately point out his location. This can get frustrating when you’re in a hectic battle (almost all the time), and need all the manpower you can get, especially on harder difficulties. Improvements on this gameplay element would have been fitting for this version of the game.

With this Gears of War: Ultimate Edition, The Coalition remained true to the original game while improving on most aspects. The game looks gorgeous and blasting through countless hordes of the Locusts has never been so buttery smooth. Aside from some minor bugs and an aged cover/revive system, the Coalition delivers the ultimate edition of Gears. For $/€ 40, this action-packed shooter is a must-buy for every Xbox One owner, and remains one of the best shooters ever created; if you want even better visuals or frame rate, you can wait for the PC version which should also use DirectX 12 and Async Compute.