Deliver Us The Moon: Fortuna

Humanity hasn't been taking good care of Earth in the past century. Pollution, droughts, climate changes are only some of the symptoms of a disease that can be cured before it is to late. Precisely how it can be cured, it's up to debate. Humanity in Deliver Us The Moon: Fortuna made some important choices which saved the planet, but only temporary, as another huge crisis is threatening to end all life on Earth, and without another second chance. The journey to the Moon to save humanity is definitely enjoyable, but a couple of very critical issues make the game very hard to recommend in its current state.

In Deliver Us The Moon: Fortuna, the Earth's natural resources have been depleted completely, condemning all living beings to annihilation. To solve the energy crisis, global powers created the World Space Agency, developing a way to produce energy on the Moon to be later sent to Earth through a giant energy beam. The new technology improves Earth situation, but things take a turn for the worse when, for an unknown reason, the facilities on the Moon are shut off completely. A few individuals, not giving into despair, however, base themselves in an abandoned facility and work hard for four years to secure a way to send a lone astronaut to the Moon to discover what happened in the facility and restore the energy beam and, in turn, humanity's hope.

Deliver Us The Moon: Fortuna's story is quite interesting, despite a non-exactly original premise. The narration is done seamlessly during the course of the game, with players having the ability to scan objects, collect documents and audio files and so on, all providing additional details on the backstory, characters and so on. Cutscenes are also present, and they manage to properly highlight the current state of the Earth and the mysteries of the Moon.

The biggest issue of the Deliver Us The Moon: Fortuna story and, in turn, of the whole game, is that it effectively lacks a proper ending. The main campaign is around 4-5 hours long, depending on how much players explore, and just when a very interesting twist is introduced, it ends on a huge and frustrating cliffhanger. A free DLC promising to provide a proper ending has already been announced, but this does little to alleviate the frustration, as customers are purchasing, effectively, an incomplete game until the free DLC releases.

It's a shame that the Deliver Us The Moon: Fortuna is an incomplete experience right now, as the gameplay is a very interesting and engaging take on the narrative-driven experience that's become so successful lately. The game, which is played from both a first-person and third-person perspective, tasks players with exploring locations on Earth, in the beginning, and later on the Moon, to bring the facility back online and restore energy on Earth. Quite often, players will have to solve a variety of puzzles which aren't particularly difficult but not even all that easy, as most of the times players will have to understand hints that are found close to the puzzle itself. Puzzles range from inputting access codes to open doors to navigate vents using the robot companion and even correctly input commands for launching a rocket to the Moon, one of the most satisfying sequences of the game. Moving from location to another on the Moon is also quite satisfying, thanks to how the low-gravity environment has been recreated, and the multiple available vehicles like the rover and monorail. The game also manages to do a very good job in keeping players on their toes while exploring the Moon due to the lack of oxygen: more often than not, I have felt the tension of not being able to reach the next oxygen supply. Not many games made me feel this way.

Exploration is spiced up by the good amount of collectibles that can be found in each location. Not all of them are particularly relevant to the tale, as they seem to add information that players should be able to deduct by themselves. This mostly due to the writing, which seems worse than that of the main story content. Additional content is still good, though, as it provides an incentive to check out all locations thoroughly and extend playtime in a way that's still related to the main story.

The Deliver Us The Moon: Fortuna presentation is more than acceptable, with locations being detailed nicely most of the times. Sadly, there are some low-quality textures here and there and some performance issues. The game has been played on a system with specs above the recommended ones, but a steady performance was never achieved, so there are definitely some optimization issues that have to be solved. Unlike graphics and performance, the soundtrack is always solid, managing to improve the feelings evoked by the story like loneliness, fear, and hope.

Hardly I have felt so conflicted about a game as I do with Deliver Us The Moon: Fortuna. What KeokeN Interactive delivered so far is a solid and entertaining adventure, but the abrupt cliffhanger ending soured the whole experience. In its current state, Deliver Us The Moon: Fortuna cannot be recommended at full price, as the game is, effectively, incomplete. A shame, because what it does, it does quite well.

[Update - October 11th, 2019] A year after the game's original release, Deliver Us The Moon has been released again with added content and a proper ending to the story, which was definitely needed. While the new segments of the game don't add any major new mechanic, they are an extremely welcome addition, featuring new engaging puzzles and a great atmosphere that is in line with what we have seen last year. The new content makes Deliver Us The Moon finally feel like a complete experience and one that is more worthy of players' time over the original Fortuna release, despite an ending that still feels a little rushed. As such, the final score should be increased by one full point.

Review code provided by the publisher. You may purchase the game on Steam. 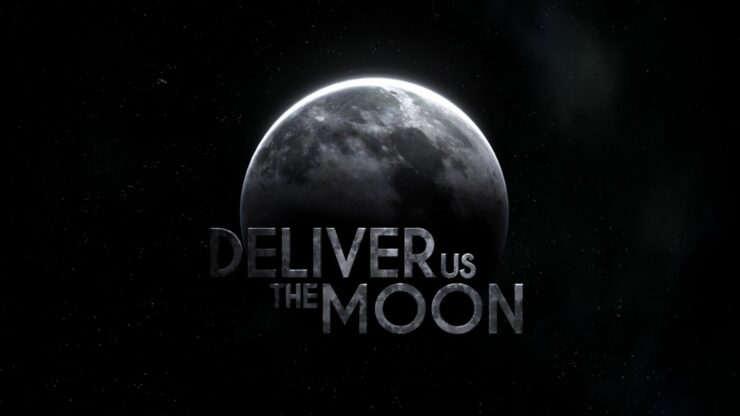 Deliver Us The Moon: Fortuna fully delivers on what it promised, offering a very interesting take on the narrative-driven experience, an interesting sci-fi story, a great atmosphere, enjoyable puzzles and gameplay mechanics, and some interesting story twists. The experience, however, is irremediably ruined by the abrupt cliffhanger ending, which makes the game feel incomplete. While free DLC with the ending is coming, it's hard to recommend the game at full price in its current state.

KeokeN on NVIDIA DLSS Advantages over TAA; Console Port of Deliver Us The Moon – Fortuna Won’t Be Rushed