Stanley Kubrick’s seminal sci-fi film 2001: A Space Odyssey has served as inspiration for a lot of video games over the years, with everything from Portal to System Shock featuring their own creepy corrupted AI villains. Well, Observation turns the classic 2001 setup on its head, casting the player as an all-seeing HAL-9000-like computer. You’re not trying to escape a space station; you are the space station.

It’s a clever idea, to be sure, and Observation developer No Code is headed up by developers who previously helped create the fantastic Alien: Isolation, so they ought to have the chops to pull the concept off. But is being a computer actually interesting? Or is playing Observation about as exciting as compiling code? Time to find out… 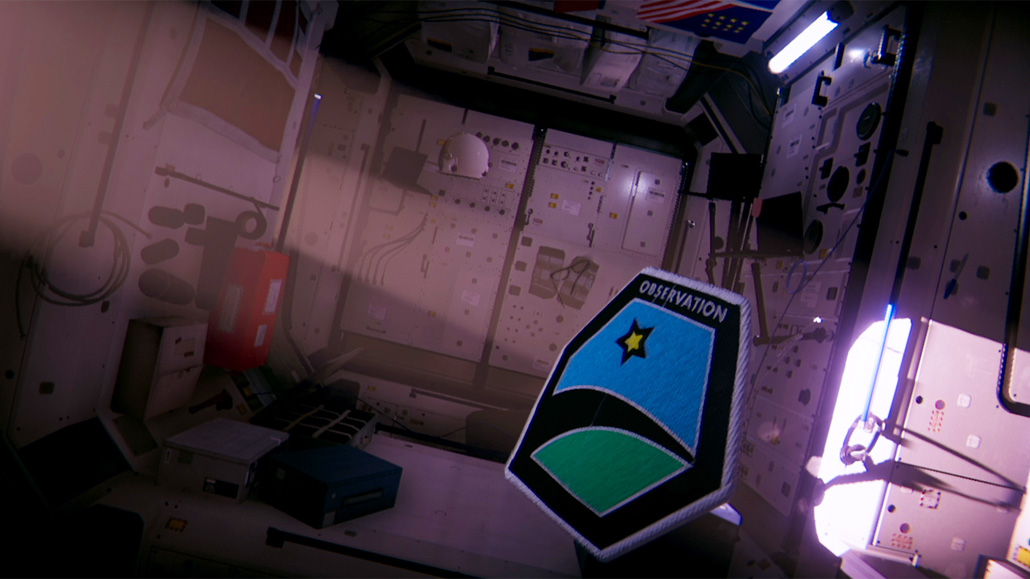 The first voice you hear where you start Observation is that of Dr. Emma Fisher, who helpfully reboots you following some sort of traumatic incident. You play as the systems admin and maintenance AI (“SAM” for short) aboard the titular Observation space station, but, unfortunately, you’re just as in the dark about what’s going on as everyone else as large chunks of your memory have been wiped. The space station is a mess, most of the crew is missing, and, as you quickly find out, you’ve somehow ended up in low orbit around Saturn. More troubling, some outside force is sending you messages, insisting you “BRING HER” (referring to Dr. Fisher) somewhere. Has SAM already gone mad? Are there greater powers at work here? While the answers won’t be too mind-blowing to anybody already into heady sci-fi like 2001, this is undoubtedly a well-told tale that drips with sinister atmosphere. 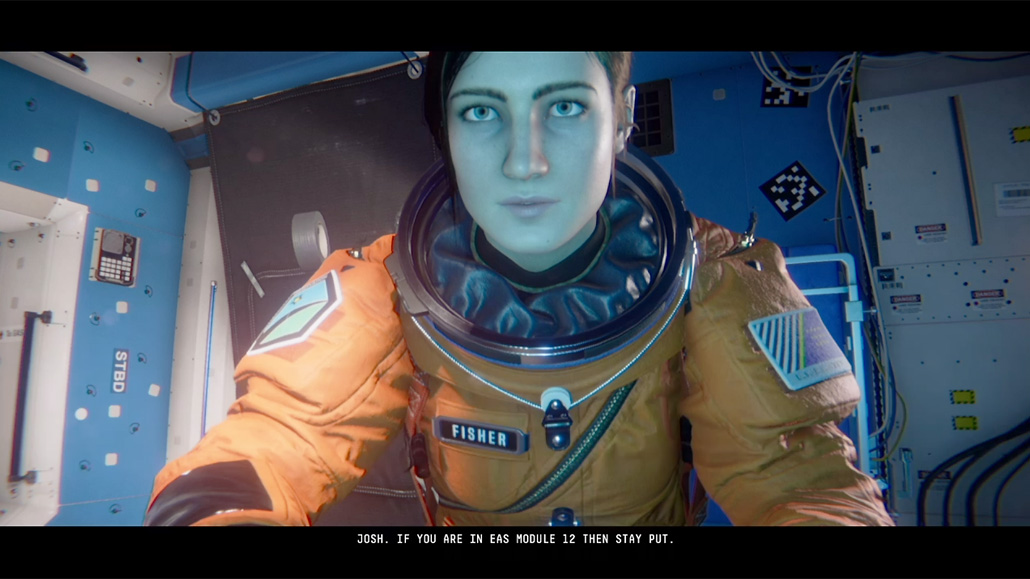 That atmosphere is aided by Observation’s fairly impressive presentation. The interiors of the space station are nicely detailed, with film grain and other effects adding a striking level of verisimilitude. Sometimes the imagery you’re seeing feels almost real, or at least it does until a person shows up. Observation’s character models betray the game’s lower budget, appearing a bit manakin-like, although they’re not overly distracting. More irritating is the game’s fairly regular framerate hiccups, but again, this is an indie made by a fairly small team, so some rough edges are expected.

Playing Observation is relatively simple. You can move instantly between views of the space station’s various modules, each of which have two or three security cameras you can switch between in order to get a different angle on what’s going on. Cameras can be repositioned and zoomed in and out, and you can scan certain hotspots for info and interact with computers and other electronic devices. You can also inhabit a floating sphere, which gives you the ability to move freely around the station and go on spacewalks, although it’s only available during certain key parts of the story. 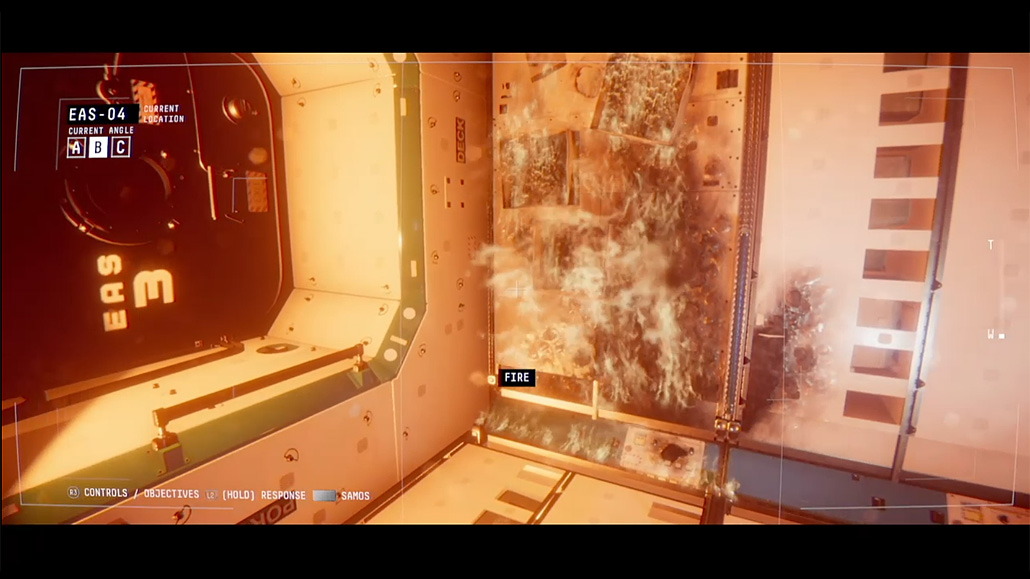 Observation's setup is certainly promising, but it isn’t taken full advantage of. If you’re expecting to use the station’s cameras to monitor threats like in Night Trap or Five Nights at Freddy’s or, alternatively, to collect clues and solve mysteries, you’re going to be disappointed. No, Observation’s gameplay loop is a very simple one – you’re given a task (opening a door, restarting a system, ect.), told exactly which module you need to go to, and once you’re there, you’ll find a device or computer you have to interact with. Figuring out how to use these computers and their weird, unintuitive UI is the real core of Observation, with the space station setting often feeling superfluous. Interacting with clunky, retro-futuristic tech was a neat touch in Alien: Isolation, but it was just color, not the entire point of the game. Playing Observation eventually starts to feel like being a white-collar drone in an office designed by lunatics. Nothing’s explained, everything’s overcomplicated. If you’re ever feeling annoyed by Windows or Office, just play a couple of hours of Observation and you’ll see them for the miracles of UI they are. 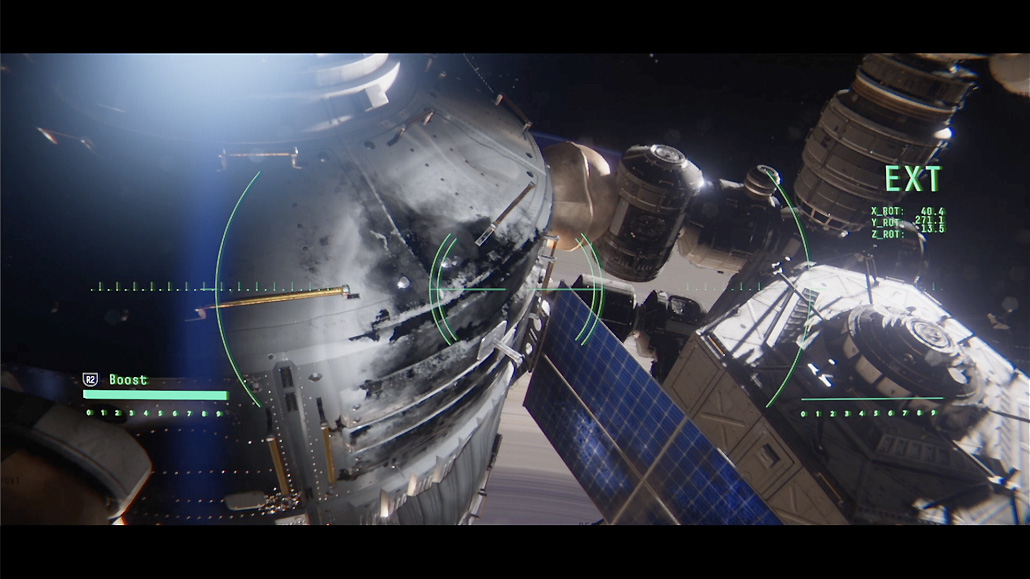 As mentioned, Observation does occasionally allow you a break from the quirky computer screens to explore the station or go on short space walks, but these sections are frustrating in their own way. The game doesn’t have a radar or useful mission markers, and it’s very easy to get discombobulated when flying around in zero gravity. As such, you’re going to spend a lot of time floating around lost and confused. And possibly nauseated, if you’re somebody who’s prone to motion sickness. 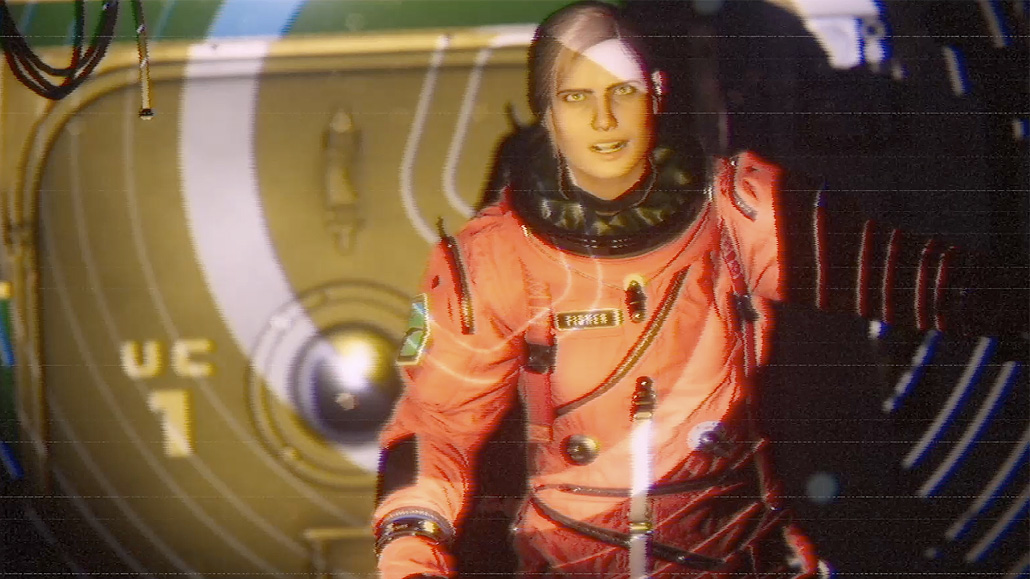 I didn’t necessarily dislike my time with Observation. The game’s writing and sense of foreboding kept me engaged, but the minute-to-minute gameplay often felt like a grind. Observation’s story takes approximately six hours to complete, which is about the right length. Much longer, and I fear my patience would have been sucked out an airlock.

This review was based on a PS4 copy of Observation provided by publisher Devolver Digital.

Observation spins a solid sci-fi yarn steeped in ominous atmosphere, but it fails to live up to its intriguing “Play as HAL 9000!” pitch. Too much of the game feels like irritating busy work as you wait for something interesting to happen. Folks who care about story first and foremost will want to give Observation a look, but those hoping for both an engaging plot and mechanics may find this space odyssey a drudgery.