We’re never getting another true Portal sequel. The series’ creators and writers have all moved on, and Valve no longer seems particularly interested in making the kind of puzzle-driven, story-heavy games they were once lauded for. Ah, but Aperture Laboratories haven’t shut their doors just yet – unexpected crossover Bridge Constructor Portal is here to fill your holidays with physics-based fun! 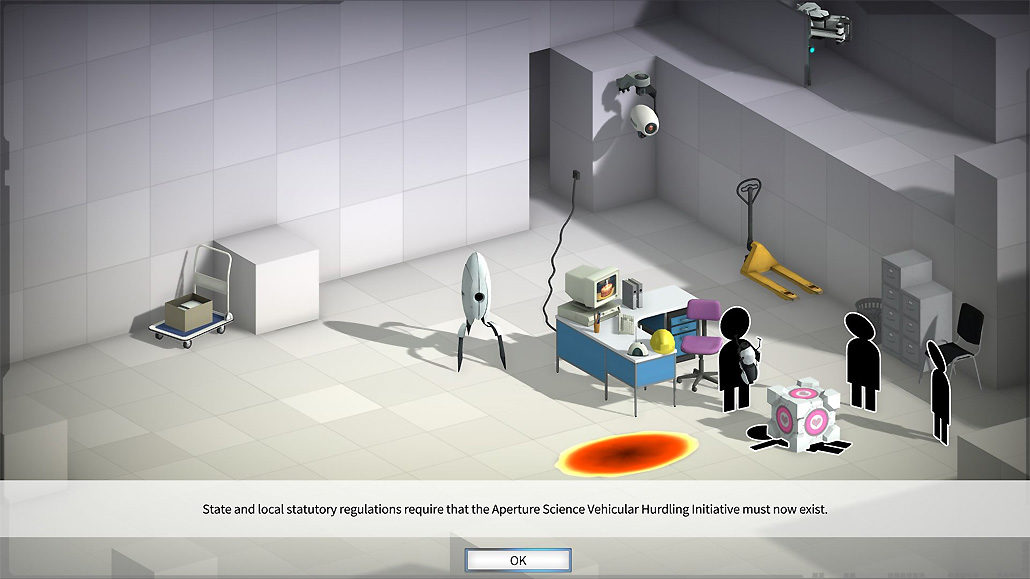 Don’t expect a lot of story from Bridge Constructor Portal. You’re a new employee at the Aperture Science Enrichment Center, and it’s up to you to guide vehicles through a series of elaborate test chambers using your bridge-building skills. GLaDOS is back, as is the Portal series’ trademark dry wit, but the twists, meta-commentary, and genuine laugh-out-loud moments are MIA. Valve’s Portal games were a breakthrough in video game writing. Bridge Constructor Portal most definitely isn’t.

The building part of Bridge Constructor Portal is simple, yet satisfying. Creating beams and support cables is an easy two-click process on PC. From there, click on them again to turn them into roads, double-click to delete them, or hold down the left button if you need to reposition something. That’s all there is to it. You don’t need to be a physics major to build functional structures – just include as many supports as possible, and remember, triangles are nature’s strongest shape. Your creations may not be pretty, but you’ll feel a certain pride as your rickety deathtraps (just barely) get the job done.

The Portal part of the game is exactly as you’d expect it to be. Like in Valve’s original games, momentum is conserved as you pass through a portal, allowing for all sorts of wacky, multiple portal chain reactions. All the other staples are also accounted for – companion cubes, aerial faith plates, laser barriers, sentry turrets, and, of course, plenty of buttons that need to be pushed. Sadly, there aren’t really any new Portal-inspired elements. The addition of bridge building is the one big twist. 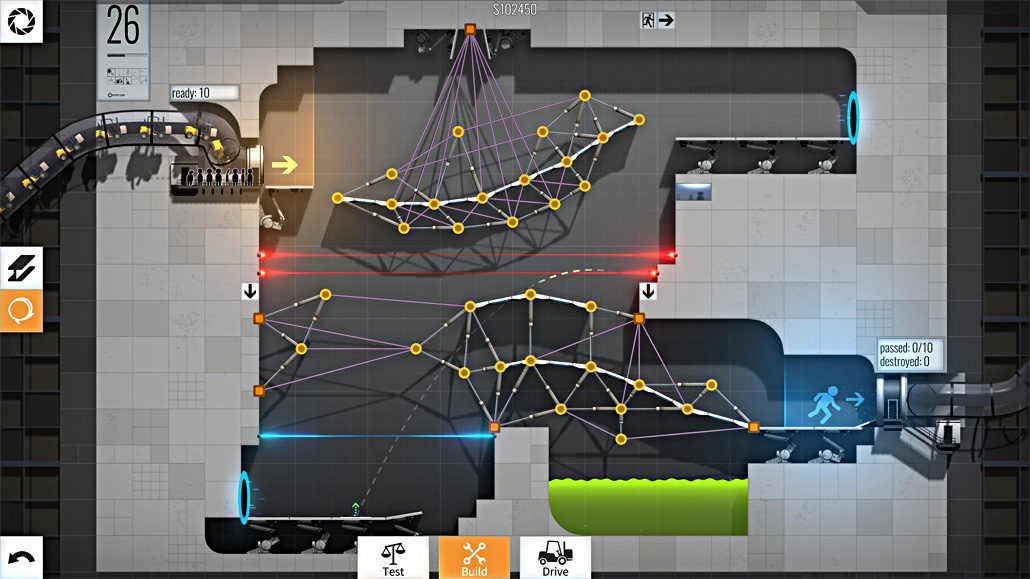 Bridge Constructor Portal’s puzzle design won’t blow your mind, but it won’t fry it either. It’s usually clear what you’re supposed to do, you just have to figure out how to build the structures needed to achieve your goal. That can be tricky, but, unlike most puzzle games, you’ll rarely hit that “I have no idea what I’m supposed to do” brick wall of frustration. In a break from past Bridge Constructor titles, you don’t have to stay within a budget, meaning you’re free to solve puzzles however you want. Were my solutions always the most elegant? Hell no, but arriving at them was rewarding.

Bridge Constructor Portal can a bit fussy at times. Often, you’ll a have a puzzle all but solved, but the game’s physics will refuse to cooperate. Your test vehicle will get stuck at a crucial point or launch too far off a ramp, fouling up your Rube Goldberg scheme. Spending 20 minutes ever-so-slightly tweaking your creations when you already know the solution to a puzzle can be a pain in the neck. 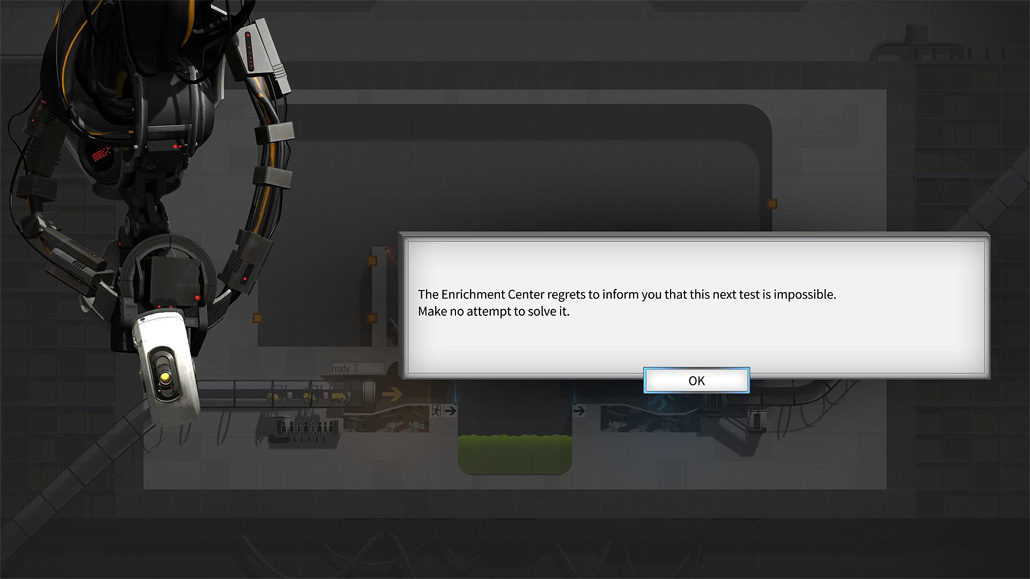 Thankfully, 100 percent precision isn’t required to complete any of the test chambers. You only need to help a single vehicle to the finish line to move on, although, for a greater challenge, you can see how your bridges hold up under a full convoy. The ridiculousness that unfolds when you unleash a dozen vehicles on structures that could barely support one can be an entertaining sight to behold.

Bridge Constructor Portal serves up 60 test chambers, which should take most players around a dozen hours to complete. Add several more hours if you want to make all your creations convoy-worthy. The game costs $10 on Steam or $5 on iOS and Android, but either way, you’re getting solid value. You should usually be wary of people selling bridges, but in this case, everything’s on the up and up.

This review was based on a PC copy of Bridge Constructor Portal provided by publisher Headup Games.