The Witching Hour is almost upon us, as after a rather long wait, Bayonetta 3 finally arrives on Nintendo Switch later this month. The Umbra Witch’s latest was announced all the way back in 2017, and for years very little about the game was shared, leading some to speculate it would end up as vaporware. Thankfully, that didn’t end up being the case.

This time around, Bayonetta is trying some new things, with different demon forms allowing her to change her appearance and moveset and the Demon Slave mechanic giving players the chance to control giant demons. The game’s story also promises to be its most multilayered yet. So, strap on your gun heels and scroll on down for all the key info you need to know about Bayonetta 3.

This time around, Bayonetta won’t be taking on the angels or demons of the past, but rather a new type of manmade weapons called Homunculi, with an evil force known as the Singularity seemingly being behind them. This Singularity threatens to destroy “the known worlds,” and it’s up to Bayonetta to stop them. The fight will take you to various locales around the world, including Japan, China, and other places beyond. As of now, that’s about all Nintendo and Platinum have shared officially.

Getting into more speculative territory, there is heavy fan suspicion that the Bayo you play as in Bayonetta 3 is actually a different version of the character. Specifically, many have posited that she’s actually Cereza, the kid version of Bayonetta seen in the first game, all grown up. While the exact identity of Bayonetta 3’s protagonist is unclear, Nintendo has confirmed that you’ll meet a “virtual coven of Bayonettas” over the course of the game, so the theory is actually fairly plausible. The game's most recent trailer confirms Bayonetta 3 is essentially the franchise's "Into the Spider-Verse," as it kicks off with somebody who looks very much like the original Bayonetta dying and a variety of alternate Bayos from around the world. Some of the other Bayonettas look to hail from Japan, China, Egypt, and France, and all have radically different looks. You can check out the latest Bayonetta 3 trailer for yourself below.

Bayonetta 3 is a stylish action game that carries forward many of the core mechanics from the first two entries in the series. Players can unleash combos by inputting the proper button sequences and enter slow-motion “Witch Time” by dodging attacks at just the right moment. The devastating (and gruesome) Torture Attacks that Bayo can unleash when she stuns an enemy also return.

The powerful Wicked Weave attacks, “Beast Within” animal transformations, and weapon system of past games have now been combined into the new streamlined “Demon Masquerade” system. As before, weapons come with their own unique movesets and Wicked Weave attacks are unleashed by completing combos, but this time around, each weapon also allows Bayo to transform into a new demon-inspired form for greater mobility in fights (Madama Butterfly, Gomorrah, and Phantasmaraneae forms have been revealed thus far).

Ultimately though, the biggest addition (literally) is the Demon Slave system, which allows you to summon various large kaiju-like demons to fight by your side. You have full control over these demons’ attacks, allowing you to continue combos with them. Watch out, though – Bayonetta herself is largely defenseless while a demon has been summoned, and if it absorbs too much damage you may lose control of the beastie.

Finally, Bayonetta also introduces Viola, an all-new playable character. Viola’s playstyle differs from Bayonetta’s in a few key ways – for instance, she enters witch time by blocking and parrying rather than dodging, and she can still move and attack independently while her Demon Slave (a big freaky cat named Cheshire) has been summoned.

Of course, as with past games in the series, Bayonetta won’t be all about combat. Battles will be interspersed with short exploratory sections and over-the-top action set pieces. You never quite know what a Bayonetta game might throw at you next. You can check out Wccftech's full hands-on impressions of Bayonetta 3's combat here.

Is Bayonetta 3 going to be too hard for me?

You don’t need to be too worried. While Platinum has a reputation for demanding games, and there’s certainly a lot of room for mastery for those who want to grab those Platinum medals, you don’t have to be a high-level player to get through the game with Silver and Gold medals in most battles.

Platinum seems to have made an effort to make Bayonetta 3 more approachable than past games. Players can change the game’s difficulty setting whenever they want, and a special accessory, the Immortal Marionette, lets players execute combos by mashing a single button. Of course, if you want a hard game, you can pump the difficulty up and revel in the punishment.

Am I going to be too embarrassed to play this game in front of my spouse/family/on the bus?

That said, Platinum has included a new “Naïve Angel” mode in Bayonetta 3 that will censor some of Bayonetta 3’s nudity and more risqué scenes for those who want something less edgy or are playing in front of people who may not appreciate such things. I have a feeling even this mode won’t entirely eliminate the naughty stuff, so it’s really going to come down to your own personal comfort level. 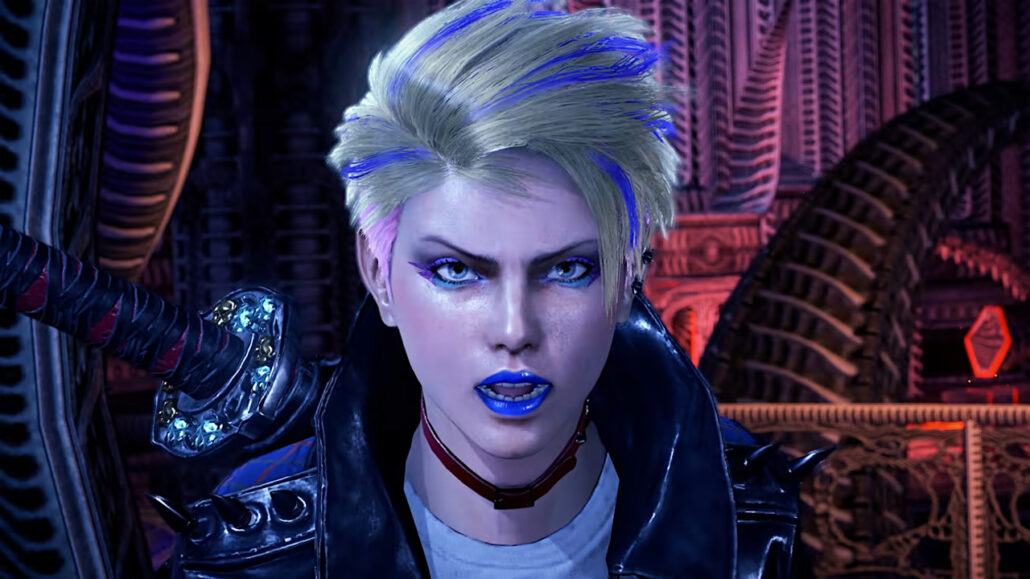 Bayonetta 3 launches on Nintendo Switch on October 28 of this year. The standard edition of the game will cost you $60 and can be pre-ordered here. The Bayonetta 3 “Trinity Masquerade Edition,” featuring a 200-page art book and reversible covers for each game in the series, has been offered for $90, but it seems to be sold out at all retailers at the moment.

Will this game ever be available on non-Nintendo platforms?

Unlikely. Bayonetta 2 has still never appeared on a non-Nintendo platform, and much like that game, Bayonetta 3 has been fully bankrolled by The Big N. Series creator Hideki Kamiya pretty much says you should just buy a Switch if you want to play. Ultimately, Bayonetta is essentially a Nintendo character at this point, so don’t expect her to cast her spell anywhere else.