Believe it or not, Bayonetta 3 is almost here. First announced all the way back in 2017, Platinum Games and Nintendo things coy for years, perhaps too coy, as many began to fear Bayonetta 3 wasn’t coming together or may end up as vaporware. Thankfully, as I reported in my recent hands-on impressions, Bayonetta 3 is real and far from a disaster.

Still, those impressions were based on a relatively narrow slice of the game. Does Bayonetta 3 still serve up the scintillatingly silky action the series has always been known for? Or has a hex been cast on Platinum’s previously-impeccable series? Now that I’ve had an opportunity to play through the full game, it's time to tell you whether Platinum has brewed up a winning potion.

As the game’s trailers hinted, Bayonetta 3 is the series’ full-on dive into multiverse madness. All realities are being threatened by an unstoppably powerful force known as Singularity that's preying on every Bayonetta as part of its goal to destroy everything other than its own “Alphaverse.” The Bayonetta you spend most of your time playing as learns all this from Viola, a witch-in-training with mysterious links to the Bayonetta of her universe.

Obviously, the destruction of time and space isn’t something Bayo’s not going to put up with, so she sets off to collect the MacGuffins that will stop Singularity. This involves traveling to a series of locations (New York, Tokyo, China, Egypt, and beyond) and realities, and naturally, you ally with the Bayonetta from each of these locations for some tag-team witch action. While Bayonetta is busy with that, Viola tries to solve the mystery of a lupine-like beast hunting our heroes, and Jeanne engages in a series of stealth missions to save Dr. Sigurd, a scientist key to the overall mission (don’t worry, this all comes together in the end).

Metaverse stories can easily devolve into a bunch of self-congratulatory nonsense, but Platinum actually manages to tell a pretty coherent story here. This is also a more serious story than we’ve got in the past, with some heavy stakes and surprisingly sincere scenes. That said, there’s also plenty of kickass fist-pumping moments for longtime fans, with the game’s climax being about as epic as you could hope for.

It’s a shame such a mostly joyous celebration of the Bayonetta franchise couldn’t go ahead with original Bayo voice actor Hellena Taylor. Sadly, a vicious game of tit-for-tat has been playing out between Taylor and Platinum over the past week or so, but as more information has come out, a boycott of Bayonetta 3 seems uncalled for. Of course, you’re welcome to your own feelings about the situation, but it’s largely immaterial to the quality of the game itself, so I won’t dwell on it too much. It should also be said new voice actor Jennifer Hale is a more-than-capable replacement whose experience lends itself well to Bayonetta 3’s more dramatic storyline.

Like its predecessors, Bayonetta 3 is a stylish action game that carries forward most of the core mechanics fans know and love. Players can unleash combos by inputting the proper button sequences and enter slow-motion “Witch Time” by dodging attacks at just the right moment. Stun an enemy, and you can inflict extra damage with a grisly Torture Attack.

Wicked Weave attacks, “Beast Within” animal transformations, and the weapon system of past games have now been combined into the new streamlined “Demon Masquerade” system. Weapons still come with their own unique movesets, but now each is tied to a specific demon and allow Bayo to transform into a new form. You can unload with the “Color My World” pistols, which allow you to take flight ala Madama Butterfly, the “G-Pillar” cannon/club combo that lets you transform into a Gomorrah-inspired scaly beast, or the “Ribbit Libido” weaponized mic stand that turns you into a scaly sea monster, just to name a few. Combos still culminate in powerful attacks, but unlike the Wicked Weaves of the past, you now unleash destruction by morphing into whatever Demon Masquerade form is tied to your weapon. You’ll also frequently transform outside of battle to traverse and explore the world.

The biggest change Bayonetta 3 brings to the table is the Demon Slave system, which allows you to summon various giant demons to fight by your side. Go big or go home as you launch attacks with the towering Madama Butterfly, Gomorrah, Phantasmaraneae, Baal, and Malphas, amongst others. What elevates the Demon Slave system above a mere gimmick is the seamlessness with which you can summon your badass backup – push the ZR button to unleash your demons and release the button to instantly call them back. While you can stand back and let your Demon Slave do the heavy lifting until your magic bar runs out, you can also call them in for just a second to land a single blow to cap off or extend a combo. It’s when you start fluidly switching between your regular and Demon Slave attacks that the system really clicks and those Platinums start rolling in.

The combination of the Demon Masquerade and Demon Slave systems give you new leeway to choose your own playstyle by mixing-and-matching weapons and sidekicks. Personally, I’m a big fan of the combination of the Ignis Araneae Yo-Yo, which has great range and combo potential, and Madama Butterfly, who isn’t as strong as some other demons but is capable of popping in for quick hits. That said, I’ll also bust out the Dead End Express – a literal pair of trains you wield to grind your enemies into paste – when I want to deal big damage against a boss.

Bayonetta 3 also introduces a second major playable character, Viola, whose playstyle differs from Bayo’s in a few key ways. Viola enters Witch Time by blocking and parrying rather than dodging, and she can still move and attack independently while her Demon Slave (a big freaky cat named Cheshire) has been summoned. Initially, playing as Viola feels a bit off, as her parries just aren’t as elegant as Bayonetta’s dodges. That said, once you understand that Platinum is trying to force you to play aggressively with Viola rather than sticking to Bayonetta’s usual game of keepaway, everything starts to fall into place. I wouldn’t say Viola is ever quite as fun as Bayonetta, but her chapters don’t derail the game either.

Of course, Bayonetta 3 isn’t entirely about combat. Platinum’s penchant for spectacle is intact, as they serve up plenty of big set pieces and truly-colossal kaiju-style battles in which players usually take control of one of Bayo’s demons. I don’t want to spoil too many surprises, but this is easily the most varied Bayonetta to date, with Platinum cooking up some truly wild, genre-bending stuff. That said, throwing everything at the wall does occasionally have its downsides. While no part of Bayonetta 3 is bad, some of the game’s exploratory bits and the Jeanne stealth side missions sometimes derail the game’s usual freight-train-like momentum a bit.

Some of Bayonetta 3’s big action set-pieces and exploratory sections are also where the comes the closes to pushing the Switch to its breaking point. For the most part, this is a great-looking Switch game, but between regular combat sections and boss fights, there are moments when performance suffers. The good news is those regular combat sections still feel good, even if they don't always hit their targeted 60fps. Overall, Platinum should be applauded for the grandiose vision they’ve realized using the Switch hardware.

And grandiose it is. Bayonetta 3 offers up a solid 12-hour campaign with multiple difficulty settings and those elusive Platinums providing tons of replayability. Add collectibles, cosmetics, unlockable “Phenomenal Remnants” bonus missions, and post-game stuff I won’t detail, and you have a game that will keep you locked in action ecstasy for a good long time.

This review was based on a copy of Bayonetta 3 provided by publisher Nintendo. 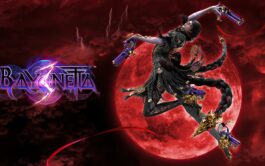 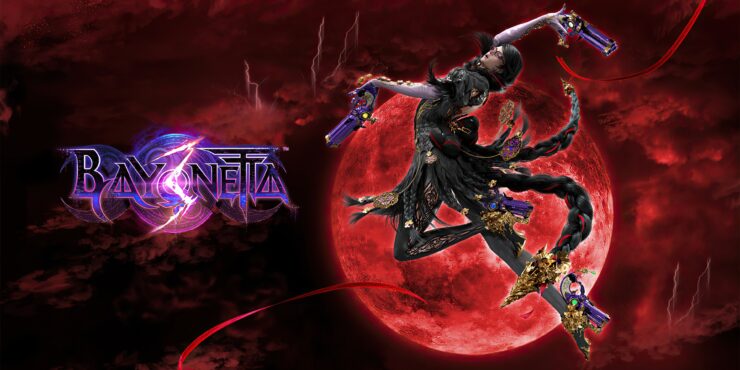 Bayonetta 3 is the series’ best entry yet, offering an engaging universe-hopping story, bombastic cinematic moments, and refined action that’s both accessible and deeper than ever before. The game can feel slightly hemmed in on the Switch, but Platinum pummels every bit of possible performance out of the hardware. Whether you and Bayonetta have history or not, this is an engagement not to be missed.