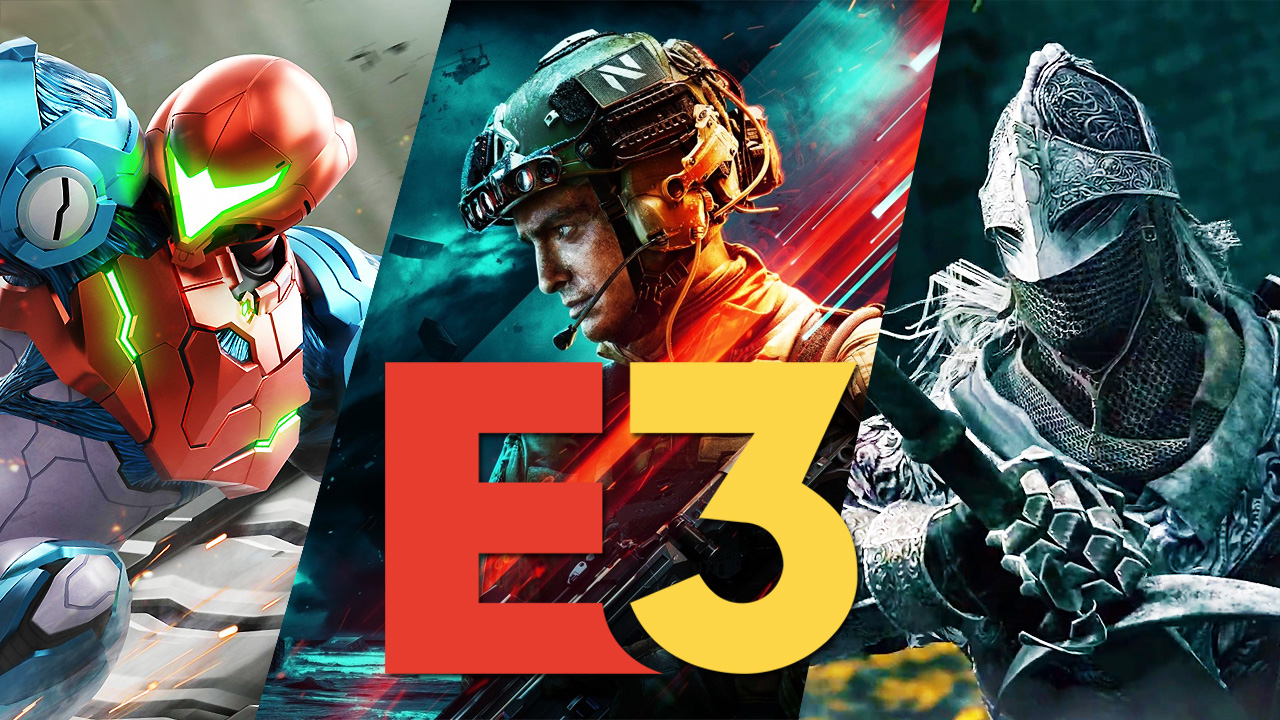 E3 2021 is in the rear-view mirror and like every year (except 2020 where it didn’t happen at all) the show had its ups and downs. While the excitement level for the all-digital event wasn’t as high as some years past, we did get the gameplay reveals of some big titles like Elden Ring and Battlefield 2042, more of the hard sell from Microsoft, a curveball-packed show from Nintendo, and more. For posterity (and to generate some debate) I’ve gone back and picked out some of the Highs, Lows, and middle-of-the-road Shrugs from this year’s E3, so grab your own score cards and follow along…

Note: For the purpose of this article, I’m including Summer Game Fest and various other events from this weekend under the “E3 2021” umbrella. 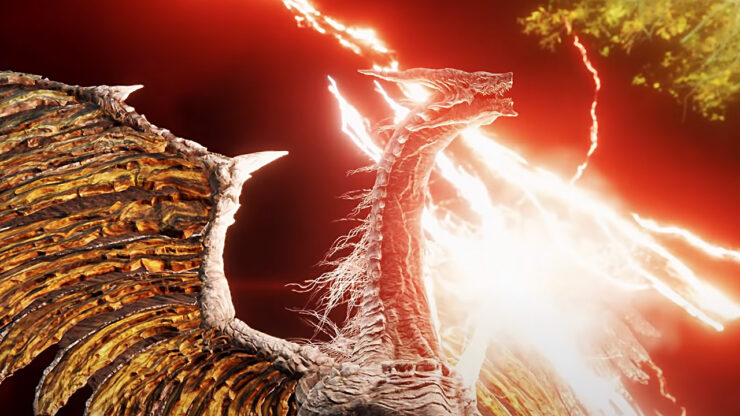 Probably the most exciting single moment of E3 2021 was the big reveal of From Software’s much-anticipated Elden Ring. The game looks to largely stick to the Souls formula, but that certainly isn’t a bad thing. For the first time in over a generation it also feels like From Software is making a serious effort to push their formula forward, rather than tweaking it slightly as it did with each new Dark Souls sequel, or making lateral moves like with Bloodborne and Sekiro. The first Elden Ring trailer teased a wider, more-open world, rideable mounts, and bigger bosses and set pieces, and with George R. R. Martin on board, hopefully we’ll be getting a more developed, coherent story. Perhaps you’re tired of the Souls formula, that’s fine, but many aren’t, and for those folks the Elden Ring trailer delivered pretty much everything you could hope for. 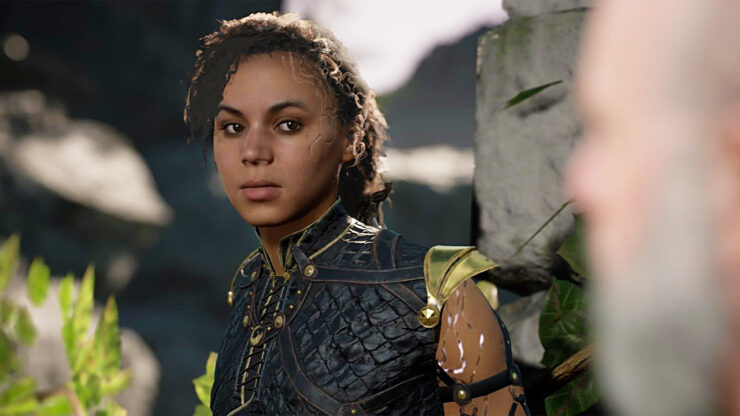 High: Koch Kicks it Up a Notch

For most of its existence, Koch Media has happily chugged along as an unflashy B-tier player, but at E3 2021 they upped their game, announcing their new Prime Matter label and a slate of promising games including Payday 3, a new Painkiller, the sci-adventure Scars Above, the slick FPS Final Form, narrative adventure Echoes of the End, and a bunch more. In a year when it felt like a lot of companies were holding back, Koch was one of the few really swinging for the fences. 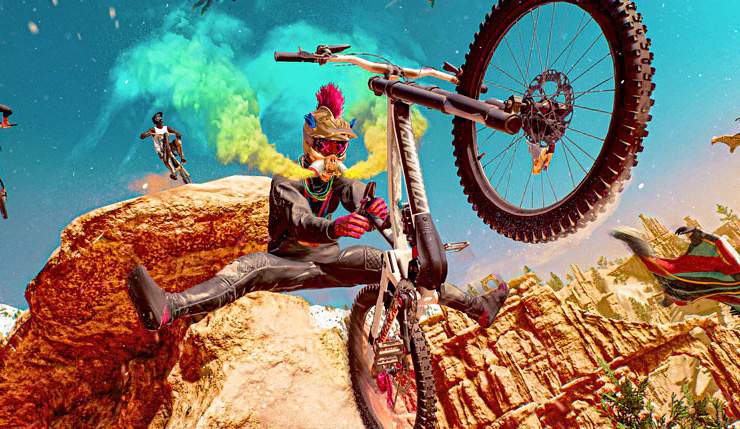 Meanwhile, Ubisoft ladled out a nice big bowl of Ubisoft at E3 2021. Their showing mostly focused on updates to their many live-service titles and a few new games, like Rainbow Six Extraction and Riders Republic, that can be slotted into their lineup with little friction. The only real surprise was Avatar: Frontiers of Pandora, although we weren’t given much indication of how the game will play and it won’t arrive until 2022 at least. Overall, the overwhelming impression you got from Ubisoft’s presentation is of a company biding its time until their next big things (Assassin’s Creed, their Star Wars game) are ready. 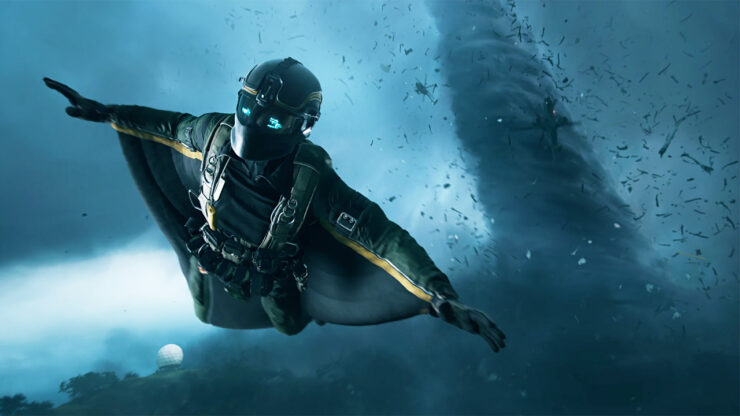 High: Battlefield 2042 Gives the People What They Want

I won’t pretend I fully understand what motivates the Battlefield community, but it seems like they alternate from game to game – they like one, they hate the next. They liked Battlefield 1, weren’t so hot on Battlefield V, and are apparently all the way back on board for Battlefield 2042. The gameplay reveal of DICE’s new shooter was the biggest event of E3 in terms of viewership, and the response seems to be overwhelmingly positive. That’s kind of surprising considering DICE is once again not bothering to turn in a story campaign (something they’ve caught heavy flak for in the past), but admittedly, the new multiplayer action looks pretty damn cool. Clearly Battlefield 2042 is tapping into something folks have been hungry for, so who am I to argue? 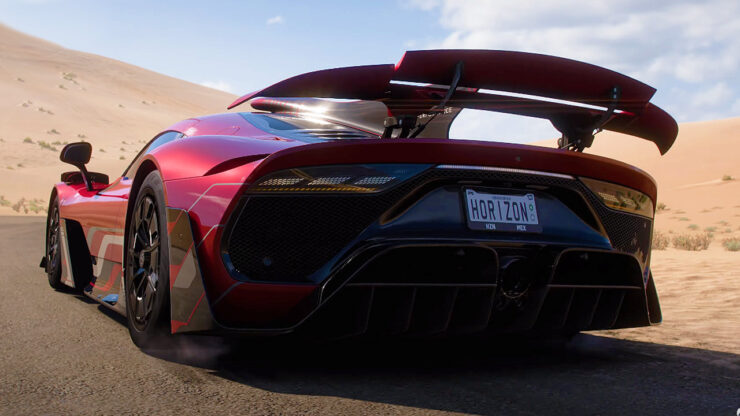 Microsoft’s E3 showing was less bombastic this year, with fewer games shown overall, but there was something they did provide in quantity – actual release dates! Microsoft has bought a lot of studios and announced a ton of big games in recent years, but the knock against them has been that, in the here and now, Xbox still doesn’t have a lot to offer. Microsoft proved that was no longer the case this weekend, confirming release dates (or release windows) for a strong lineup of exclusives including STALKER 2, Psychonauts 2, Forza Horizon 5, and Halo Infinite. Hopefully this is the norm going forward! 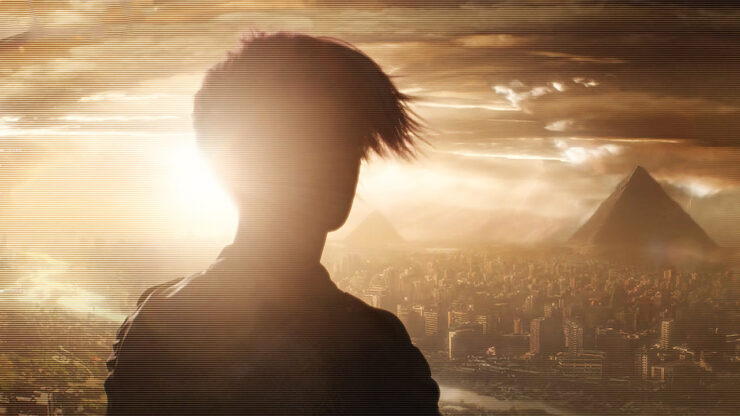 Low: Much of Microsoft's Lineup MIA

As solid as the 2021 Xbox calendar looks, the number of big Microsoft projects missing in action at E3 2021 was hard to overlook. Games like Perfect Dark, the new Fable, and Obsidian’s Avowed weren’t even mentioned. Meanwhile, Rare’s Everwild has reportedly been completely rebooted and won’t be arriving until 2024 at least, and Senua’s Saga: Hellblade II is somehow still stuck in preproduction. Again, I applaud Microsoft for actually laying down some release dates, and they can’t show everything at every E3, but it was hard to feel just a little let down by their showing.

Shrug: Halo Infinite is What it is

Given it’s disappointing debut last year, all eyes were on Halo Infinite this year and while 343 Industries didn’t fumble, they didn’t exactly run it in for a touchdown either. Our new look at the campaign mostly focused on talking heads, keeping anything graphics hounds might criticize hidden. Meanwhile, the game’s multiplayer looks fun, but not exactly groundbreaking, with the move to free-to-play seemingly being the main selling (or not-selling) point. 343 have vowed to use their extra year of development time to its fullest, but despite their promises, I wouldn’t expect a stunning turnaround. Halo Infinite is going to be what it is, namely a solid old-school shooter with some fun free multiplayer that isn’t going to push the genre forward in any major way. And that’s fine! But set your expectations accordingly. 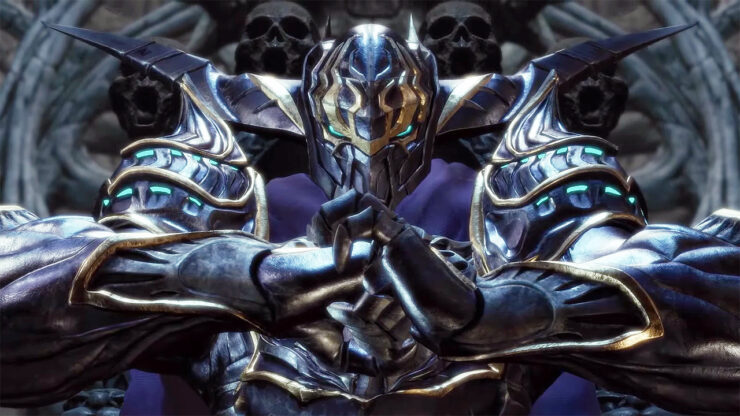 If you were hoping to see Final Fantasy XVI, Final Fantasy VII Remake Part 2, or Forspoken at E3, well sorry, they only sent the B-team. Stuff like the grungy Team-Ninja-developed Stranger of Paradise: Final Fantasy Origin and Platinum Games’ somewhat questionable entry into the live-service market, Babylon’s Fall. The new Guardians of the Galaxy title does show some promise, but it also looks to exhibit a lot of the same issues that plagued the Avengers game. Square Enix has a lot of exciting things in the works! You just wouldn’t necessarily know it from their E3 showing. 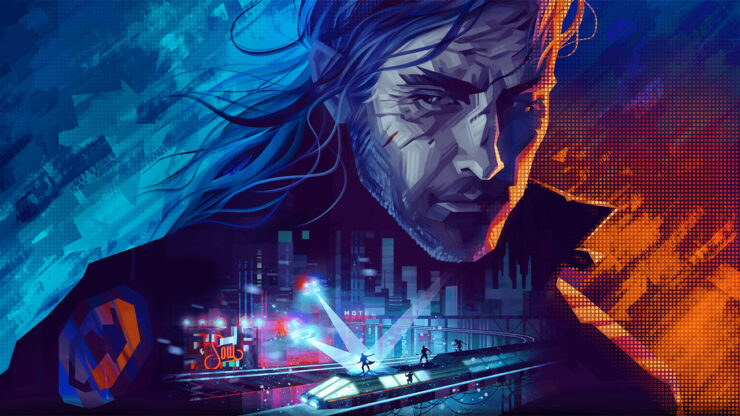 High: Indies Get a Bigger Spotlight

One of the positive side effects of there being fewer big announcements this year, was that indies got more of a chance to shine, being a part of both big shows like Summer Games Fest Kickoff Live and their own events like Wholesome Direct, Guerrilla Collective, and the Future Games Show. Even if indies aren’t usually your thing, games like Somerville (the new game from one of the co-creators of Limbo), Replaced (one of the most stylish cyberpunk games you’ll ever see – yes, including that one), Lemnis Gate (a unique turn-based strategy/FPS hybrid) and Loot River (a crazy mashup of Diablo and Tetris) are well worth checking out. If the big guys let you down a bit, don’t overlook the little guys. 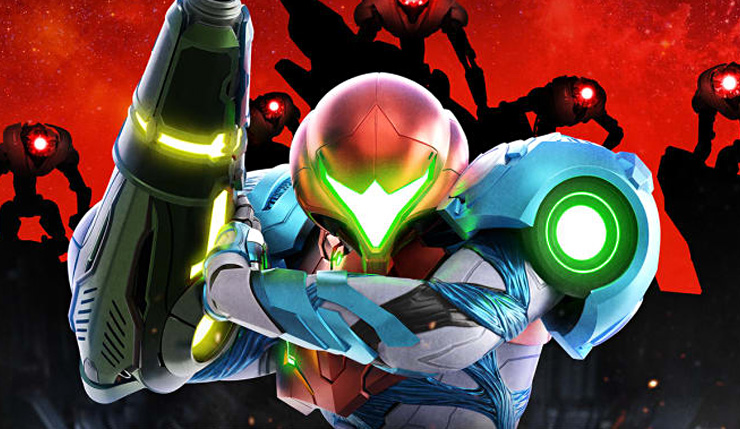 Nintendo’s E3 2021 showing was a feast for the company’s most niche fans, as one seemingly-dead franchise after another was revived – 2D Metroid! WarioWare! Advance Wars! It really felt like this year’s Nintendo Direct was specifically calibrated to keep their most hardcore fans happy, but why is the company being so generous this year? Well… 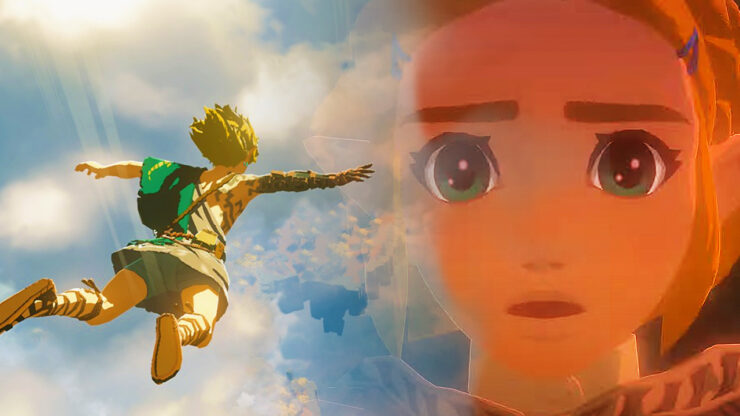 The elephant in the room at this year’s E3 was the lack of any sort of info, at or around the show, about the next iteration of the Nintendo Switch. Rumors about the Switch Pro (or whatever it ends up being called) have been flying hot and heavy for months now, not just from the usual “insiders,” but also from mainstream sources with solid info from manufacturers. It seems like there has to be fire behind this smoke, and yet, Nintendo continues to sit on the announcement. Their upcoming software lineup, much of which will likely take advantage of the next Switch, is also a question mark. We got around 30 seconds of real The Legend of Zelda: Breath of the Wild 2 footage, but beyond that, who’s to say? Nintendo’s next big step remains maddeningly murky, but hey, we’re getting Metroid Dread, so I suppose we should be happy for now. Nintendo won’t be able to put off fans forever though. 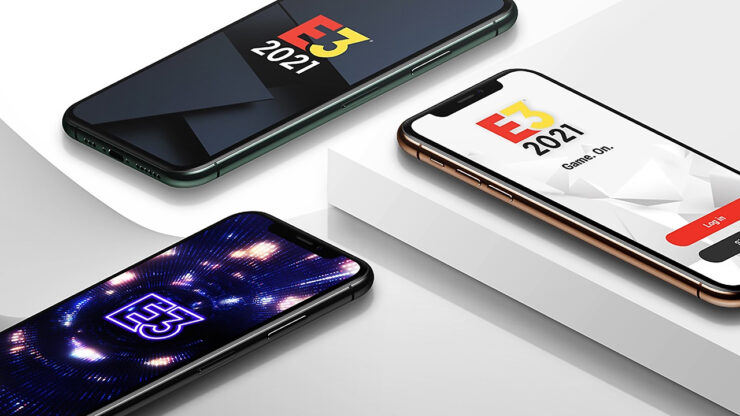 Shrug: The Future of E3

E3 2021 wasn’t as exciting as it’s been in the past, which was to be expected given the all-digital nature of the event and big publishers like Sony and Activision sitting things out. That said, there was still something fun and rewarding about condensing a bunch of announcements into a few days, rather than stringing them out throughout the entire summer like last year. There’s still value in something like E3, particularly once in-person events are possible again. The fate of E3 is far from certain, but wherever we end up, whether that be with a changed E3 or an entirely new show, I’m along for the ride.

So there you are, the highs, lows, and shrugs of E3 2021. Of course, this is just one man’s opinion – what were your favorite moments from the past week? What left you a bit flat? Sound off below.