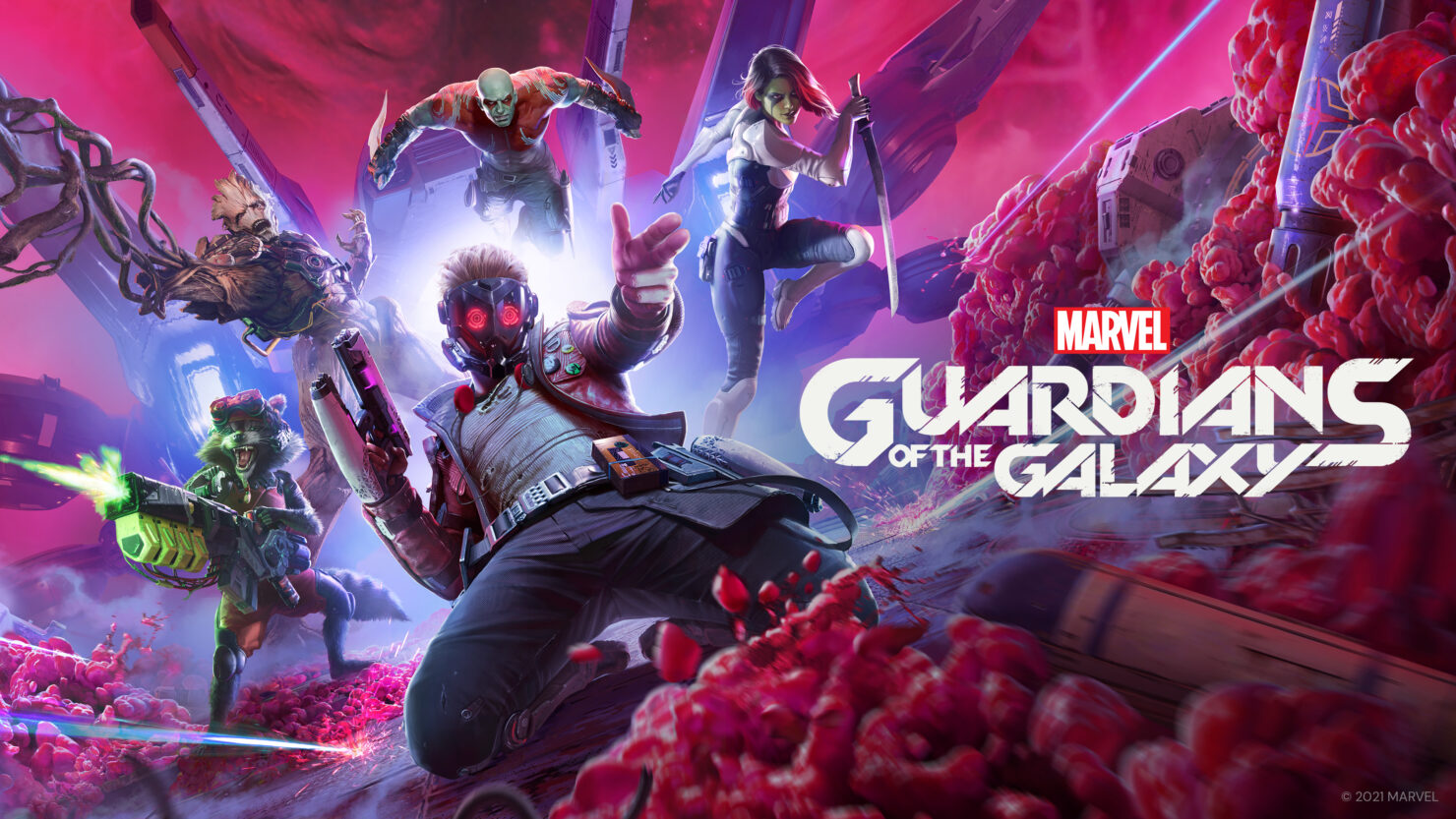 Eidos Montreál is indeed working on a Marvel's Guardians of the Galaxy game, as rumored several years ago. In fact, it is almost done and will be released in just over four months, on October 26th to be exact, for PC, PlayStation 4, PlayStation 5, Xbox One, and Xbox Series S|X.

We were able to take a first look at the game during a presentation shared with the press a few days ago. Here's everything that we learned straight from the creators. 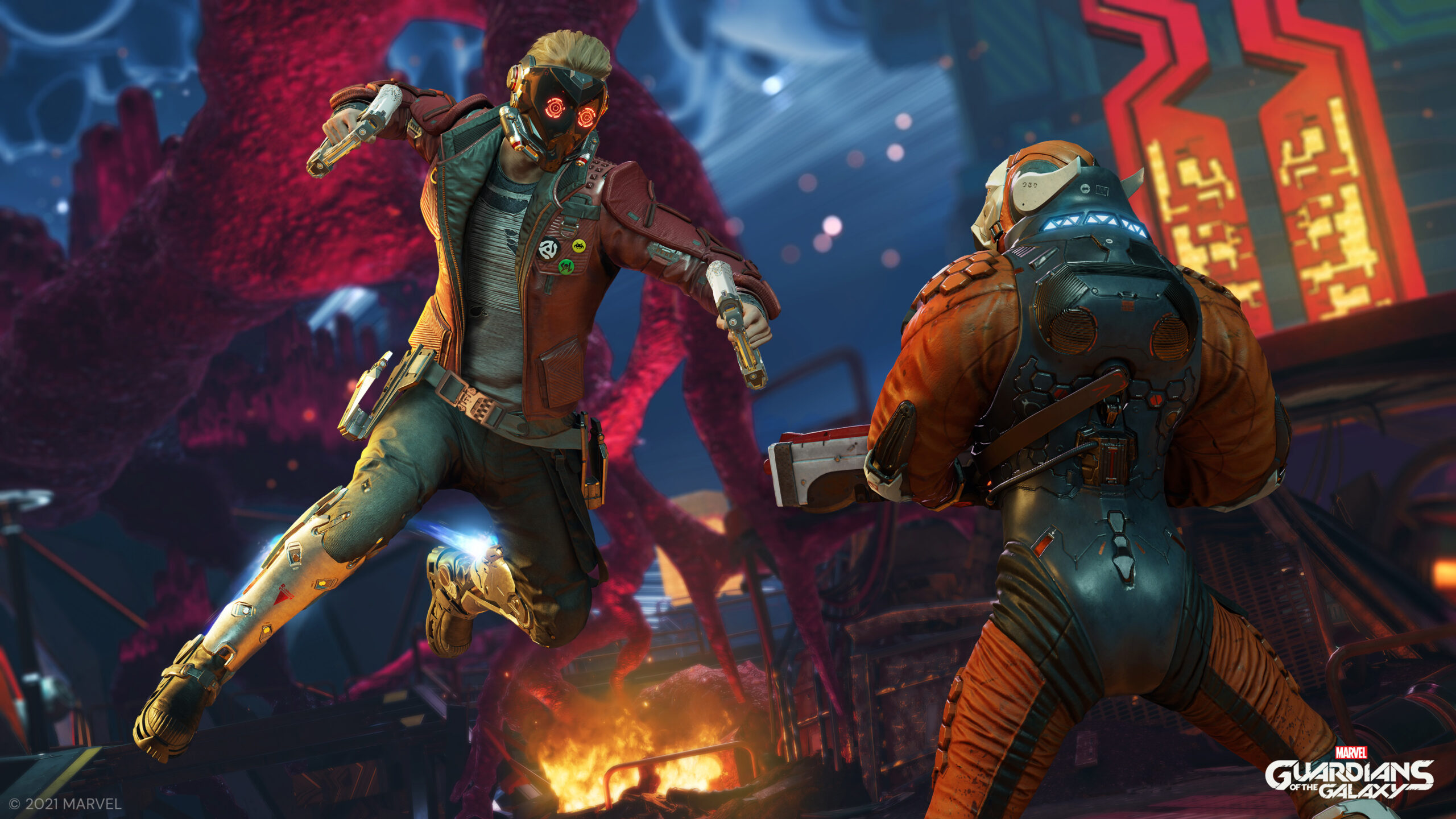 You Play as Star-Lord and Have to Constantly Make Choices

This isn't one of those games where you can switch between the group's characters at all times. Eidos Montreál has chosen to only let you play as Peter Quill, also known as Star-Lord, the leader of the Guardians of the Galaxy.

According to the developers, the decisions you'll make as Star-Lord will have all sorts of repercussions, from lighthearted and small-scale to haunting and large-scale, as the game reacts to the choices. In the presentation, we've seen an example where Drax suggested to throw Rocket across a ravine so that he may unlock the path forward for everyone; however, going along with his idea choice angered Rocket, and the game made a point to note it as a result. In another instance, Star-Lord had to choose whether to 'sell' Rocket or Groot to a villain in order to get her money (with the plan, of course, to rescue them afterward). That said, it was clarified that the beginning and the end of the story will be the same for everyone.

During combat, Star-Lord is an agile character on the battlefield who can slide and hover thanks to the jetboots. He is also equipped with elemental blasters, but most importantly, he can activate the unique abilities of each group member.

There's also a Devil May Cry style bar that rates your team's performance. Here, though, you can use it once full as a sort of ultimate ability. 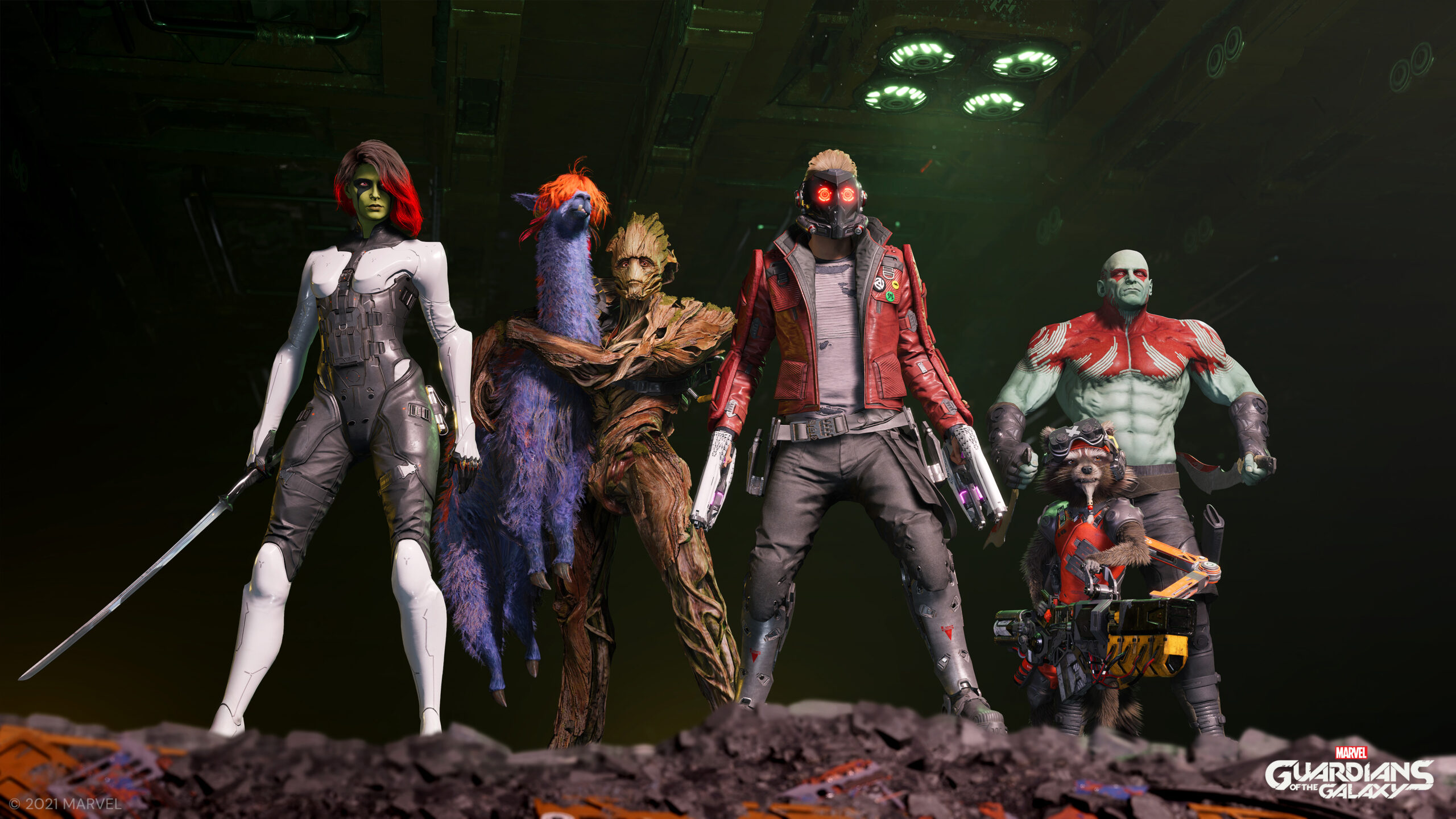 The story of Marvel's Guardians of the Galaxy takes place several years after the end of a massive galactic war, at a point where Peter Quill's group has only been together for less than a year. They find themselves short on money and have to come up with one of their crazed plans if they want to avoid losing their beloved ship.

Most importantly, though, they have to fix a problem of their own making. Because of a bet between two of the Guardians, they cause a 'very small accident' which starts out as relatively insignificant, but quickly snowballs into something far more sinister that could potentially threaten the whole universe if they don't take a stand against it.

The group will also have to face a mysterious order that aims to annihilate everything and everyone who dares to defy their beliefs.

As far as villains go, there'll be a mix of popular Guardians of the Galaxy villains along with others from the comics that are less well known. The only one showcased in the presentation is Lady Hellbender, who's definitely from the latter group. 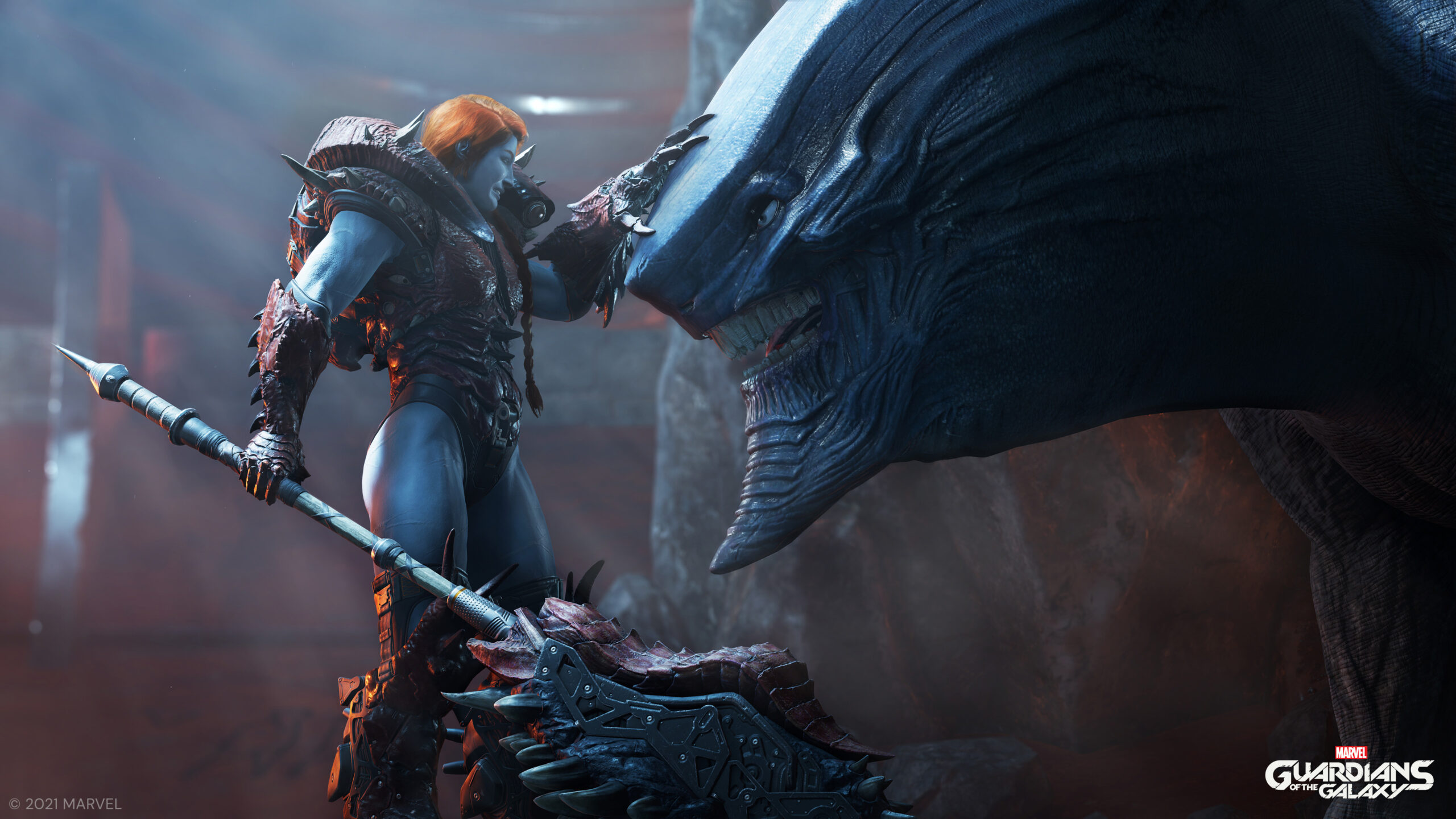 The Goofiness and Humor Seem Properly in Place

From what we could see in the presentation, Eidos Montréal have managed to perfectly capture what makes the Guardians of the Galaxy so fun: the goofiness and humor of their interactions as a family of misfits.

The atmosphere seems to fit nicely as well. The developers said that they really honed in on Star-Lord and his fixation for Earth's 1980s, specifically when it comes to music. There are going to be a bunch of licensed songs in the game, including music from Kiss, Iron Maiden, Wham!, Blondie, Pat Benatar. Eidos Montréal even went as far as teasing that music will somehow have an integral role in the action, though they didn't explain what this will mean in practice. 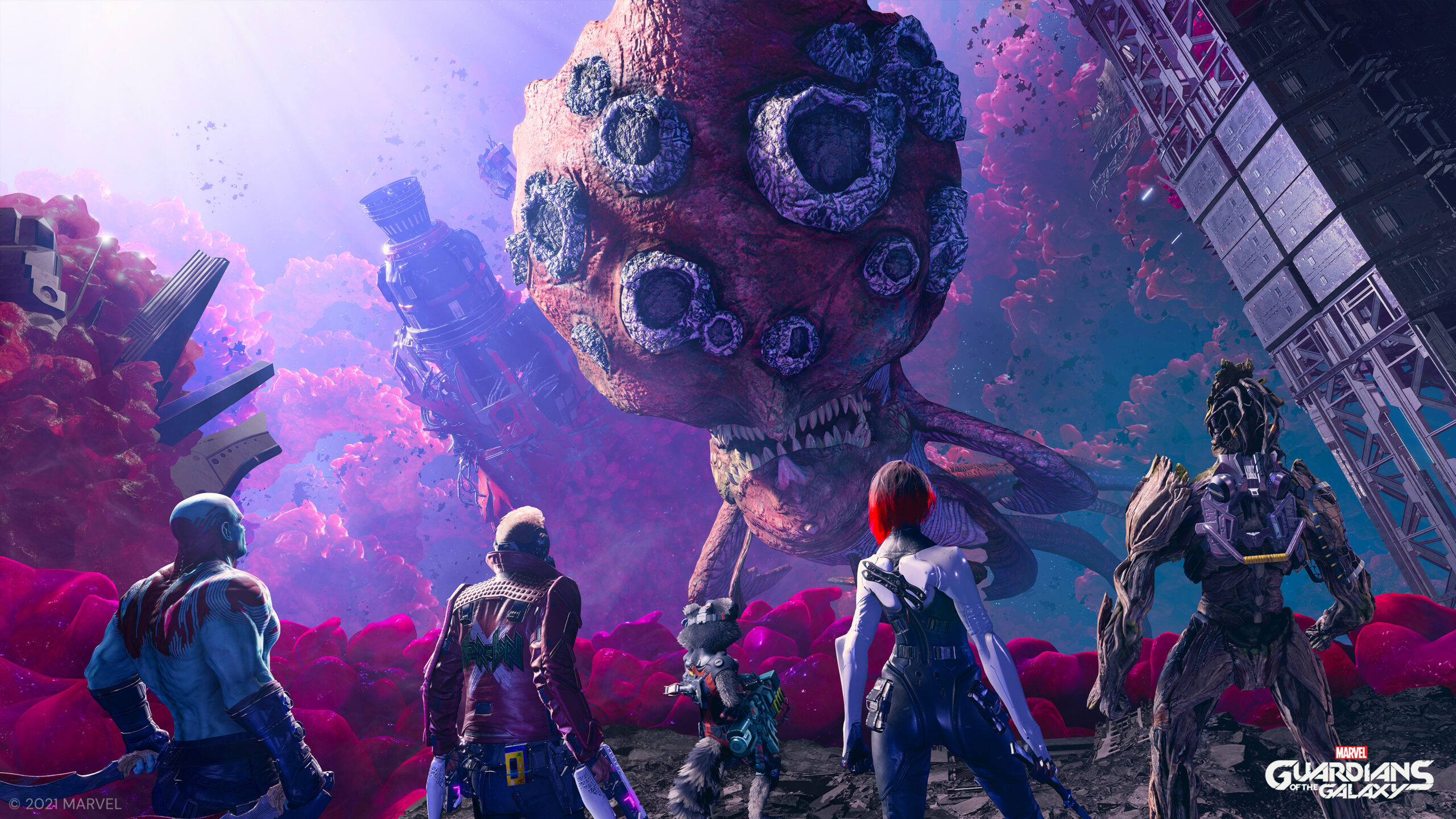 Single Player Only, No DLC or Microtransactions

Despite previous rumors to the contrary, Marvel's Guardians of the Galaxy will be strictly single player. Furthermore, it was confirmed that there won't be any DLC or microtransactions to speak of, either. Everything will be only unlockable within the game, including cosmetic items. That's certainly unique in today's landscape.