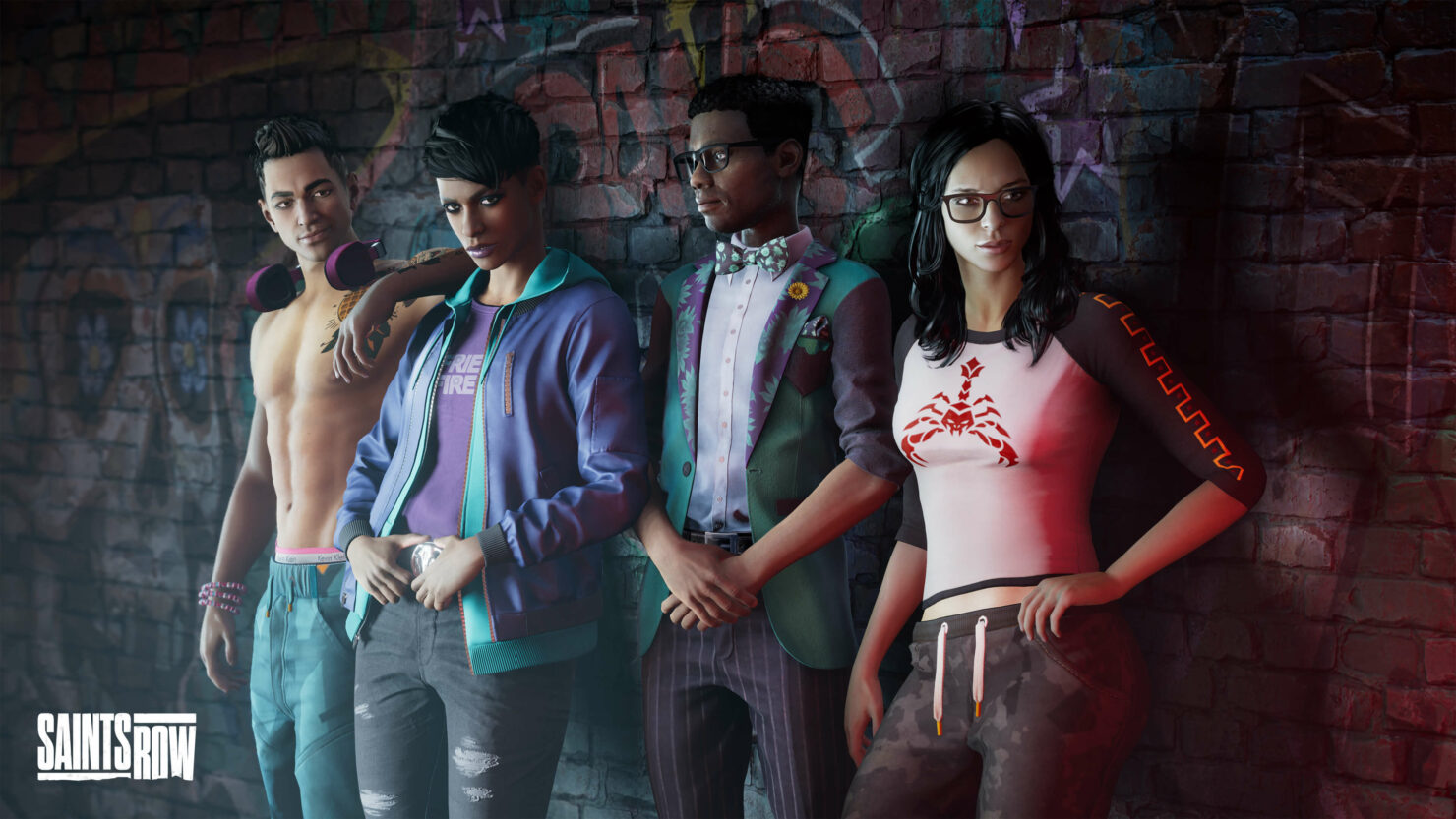 Illinois-based game developer Deep Silver Volition is coming back to its most successful franchise, Saints Row, after the underwhelming launch of the spin-off series Agents of Mayhem.

Volition's return to the IP nine years after Saints Row IV's commercial debut was first announced by THQ Nordic in August 2019. However, it wouldn't be until two years later that the game was unveiled as a reboot.

Saints Row was initially scheduled to launch on February 25th. However, Deep Silver Volition delayed the game by six months for 'quality and polish' while also citing the COVID-19 impact on development. The new release date is August 23rd, when the game will be released for PC (as a timed Epic Games Store exclusive), PlayStation 4, PlayStation 5, Xbox One, and Xbox Series S|X.

The Standard Edition is priced at $59.99. The Gold Edition includes the main game, the Expansion Pass, and bonus DLC packs like Saints Criminal Customs (Saints Custom Convertible and Saints Custom Stab Jacket) and Los Panteros American Muscle Bundle (Custom 'Fury' Motorcycle and 'El Lanzador' Heavy Weapon Skin) for $89.99. The Platinum Edition includes all that plus Saints Row: The Third Remastered for $99.99. All editions, if pre-ordered, grant The Idols Anarchy Pack (an Idols DJ Helmet, a Twinkle Bat, and a Sandstorm Scrambler).

The announcement trailer dropped alongside the unveiling (and original launch date info) in August 2021.

The first extended look at gameplay came in a couple of months later, in October 2021, courtesy of Game Informer.

Most recently, we got an extended look at the breadth of customization options; more on that below.

The Saints Row reboot will retain most of the characteristics seen in previous installments, chiefly its open world approach, while the wacky tone has been slightly dialed back. The game is set in the fictional city of Santo Ileso, based on the American Southwest environment. According to Volition, the city will be the largest playground ever seen in the franchise, featuring fifteen districts and surrounded by a vast desert.

At the beginning of Saints Row, Santo Ileso is controlled by three main factions:

The player character, once again simply called The Boss, is a former low-level member of Marshall Industries who defects and assembles a new gang with the help of three key characters:

As you would expect, the gang's goal is to take over Santo Ileso's districts to build their own criminal empire. For the first time in the Saints Row series, players will be able to choose where to build their criminal ventures, and the decisions will help shape the city in different ways.

There will be fifteen ventures to pick from, including some returning fan-favorites like Insurance Fraud, and others are due to be added after launch. Each venture will provide The Boss with unique rewards. Saints Row also features some fairly typical Side Hustle activities, such as 'Riding Shotgun' where The Boss handles a turret on top of a moving car, or 'Pony Express' where the goal is driving around Santo Ileso to deliver a package within a set amount of time.

Driving has also been improved from previous entries with a focus on car combat. Volition wants players to have the opportunity to use the vehicles themselves as weapons instead of just toting guns. The developers have already promised 80+ motorized means of transport, including cars, bikes, trucks, boats, planes, helicopters, VTOLs, hoverbikes, hoverboards, and go-karts. Additionally, traversal in Santo Ileso will also be possible with a wingsuit.

Drop-in, drop-out co-op is returning in this reboot, and it will be fully untethered so the two players can roam freely around Santo Ileso. Cross-generation multiplayer is supported (between PS4 and PS5, or Xbox One and Xbox Series S|X), but it doesn't sound like full cross-platform play will be available.

Customization Is The Name of the Game

Arguably the game's trademark feature will be the incredibly detailed customization. It begins with The Boss, thanks to a deep character creator that allows tweaking the usual stuff (gender, hair, body, noses, eyes, mouths, chins, cheeks, eyebrows, eyewear, piercings, scars and blemishes, facial tattoos, makeup) and much more. There's asymmetrical customization, for instance, letting players change single sides of the character's face; there's skin customization, which includes the entire color spectrum and even options like metallic, glossy, matte, and material changes. Last but not least, there are eight voice options in Saints Row (four male and four female).

The mantra of customization extends to the three main supporting characters having tweakable outfits. Even recruits, the unnamed allied NPCs, can be outfitted with specific clothing and signature car rides.

The same goes, of course, for the vehicles that can be driven around by The Boss. There'll be many paint options to customize the color, grime, and age, not to mention trim paint, interior color, rim paint, window tints, and decals. Body customization options include bumpers, grills, hoods, mirrors, skirts, and spoilers; then, the tire size, width, profiles, rim types, and axles.

It wouldn't be a decent car customization system if it didn't allow engines, horns, and transmission options, but there's plenty more stuff, such as nitrous, off-road kits, and towing cables. Each vehicle also has a unique challenge that unlocks a signature ability once completed, such as ejector seats, ball and chain, kneecappers, infinite boost, air control, and more.

Weapons in Saints Row offer similar options. Players can tweak color, surface, pattern, or decal, but also the material a weapon is made of, and ultimately just swap the skin to another weapon of the same class if they wish. Weapons also have their own challenges that unlock special abilities, such as a Pinata Gun releasing snakes.

Last but not least, the Saints HQ can be fully renovated. Progressing in the story rewards decorative items while photographing collectibles across the city lets The Boss place the item in the HQ.

Yet to be announced, this section will be updated once they are available.