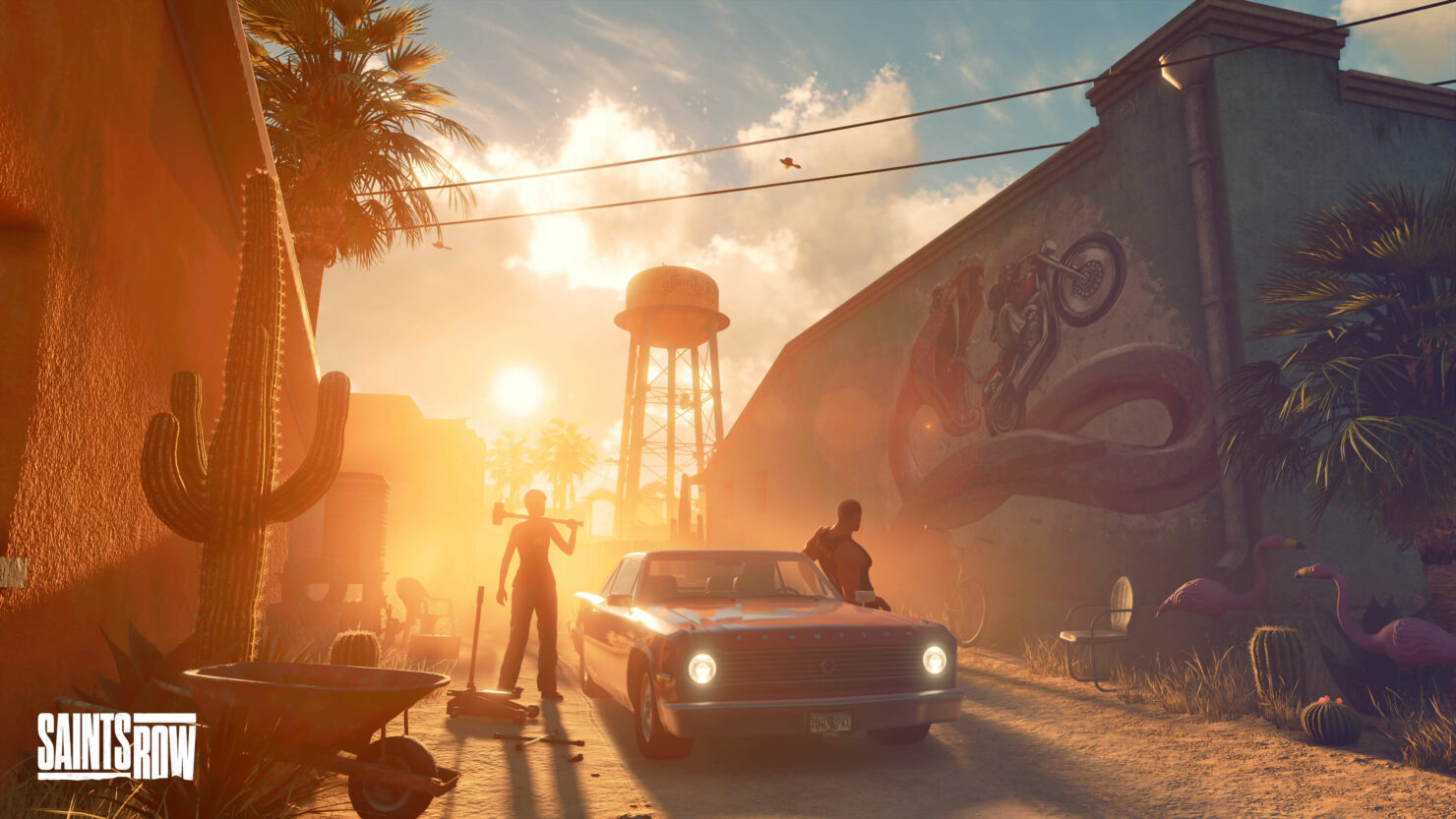 Following yesterday's unveiling, the Saints Row reboot is now available for pre-order through the Epic Games Store on PC. Here, we also learned that there'll be an Expansion Pass featuring three distinct game expansions coming after the title's release.

The Expansion Pass is bundled with the Saints Row Gold Edition, priced at €89.99. A Platinum Edition is also listed, albeit without a price, and it'll also include Saints Row: The Third Remastered (which is free to permanently add to your library as long as you complete the action before September 2nd at 5 PM).

Pre-Purchase the Gold Edition now and get The Idols Anarchy Pack, featuring a selection of stolen neon equipment that's sure to get you noticed. The Idols Anarchy Pack includes:
The Gold Edition gives you the full experience of the main game, combined with three future game expansions coming post release. The Expansion Pass delivers new missions and gameplay across three distinct expansions, each adding their own content to discover within the world of Santo Ileso. 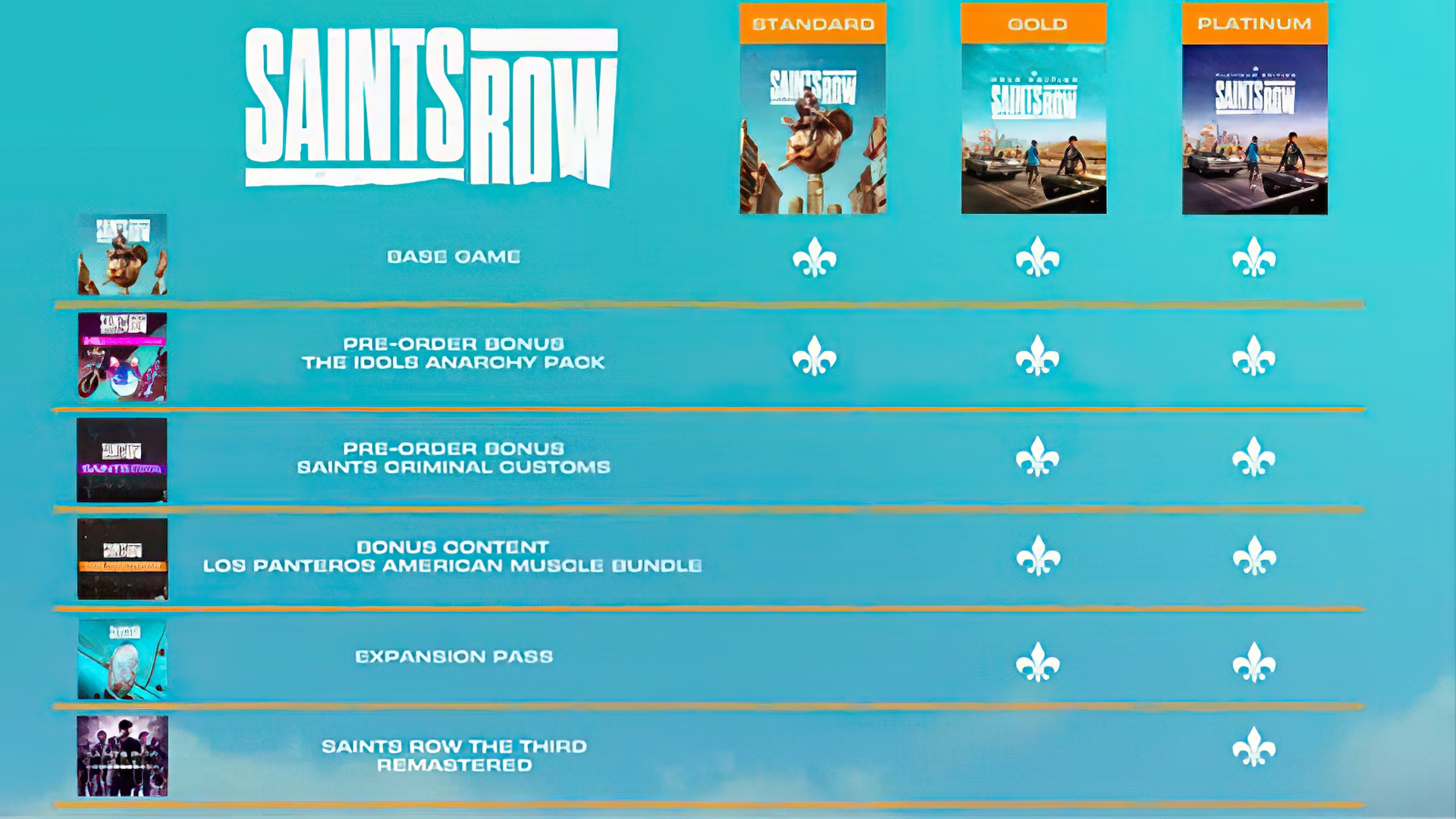 The Saints Row reboot will be released on February 25th, 2022 for PC, PlayStation 4, PlayStation 5, Xbox One, Xbox Series S|X.

Saints Row is set in Santo Ileso, a vibrant fictional city in the heart of the American Southwest. In a world rife with crime, where lawless factions fight for power, a group of young friends embark on their own criminal venture, as they rise to the top in their bid to become Self Made.

As the future Boss, with Neenah, Kevin, and Eli by your side, you’ll form The Saints – and take on Los Panteros, The Idols, and Marshall Defense Technologies as you build your empire across the streets of Santo Ileso and battle for control of the city. Ultimately Saints Row is the story of a start-up company, it’s just that the business The Saints are in happens to be crime.

Experience the biggest and best Saints Row playground ever created; the unique sprawling world of Santo Ileso is the backdrop for a wild, larger than life sandbox of thrilling side hustles, criminal ventures and blockbuster missions, as you shoot, drive, and wingsuit your way to the top.

Express yourself and unleash your inner Saint, with the most advanced suite of customization tools yet seen in an open-world game – make your character, your car and your crew your own.

Dive into epic gunfights and highspeed chases, and witness outrageous only-in-Saints-Row moments in an original story that charts the Saints’ remarkable rise to power. Enjoy the freedom of playing the entire campaign with a friend through seamless untethered co-op play, where you can both push the limits of your gang and create your own gameplay moments together.