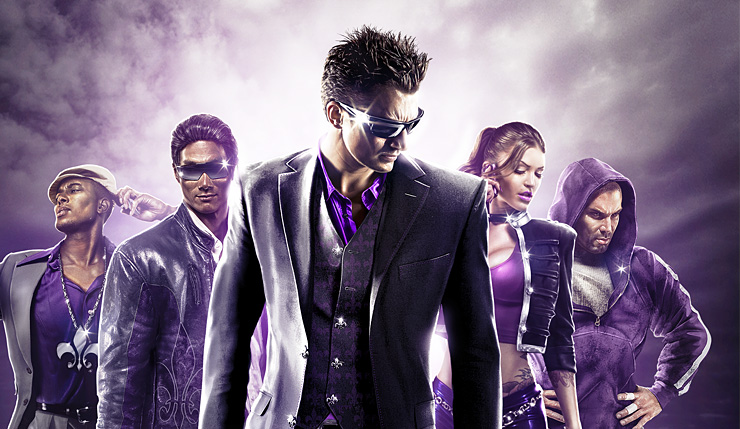 All the Saints Row games are fun in their own way, but many would say the irreverant open-world series peaked with its third entry. Well, soon you'll have a chance to revisit Steelport, as publisher Deep Silver has announced Saints Row: The Third Remastered, which includes a full visual overhaul and the full collection of DLC released for the original game. You can check out Saints Row: The Third’s makeover, below.

Looking pretty solid! The new lighting is perhaps a touch overdone – hopefully there are options to fiddle with your visuals settings. Here’s a bit more detail about Saints Row: The Third Remastered:

Saints Row: The Third Remastered gives you control of the Saints at the height of their power, and you live the life to show for it. This is your City. These are your rules. Remastered with enhanced graphics, Steelport the original city of sin, has never looked so good as it drowns in sex, drugs and guns.

Every weapon has been remodelled, every car has been redesigned and a vast proportion of the city has been retextured; Saints Row: The Third has received a full makeover. With around 4,000 assets reworked, the complete update has been expertly handled by Sperasoft. It has transformed environments, character models and visual effects, enhanced graphics and incorporated a new lighting engine.

In addition, all three expansion mission packs and more than 30 pieces of DLC from the original version have been  remastered and are included in the package for hours of additional gleeful gameplay. The remastered edition will inspire new gamers and original fans to revisit the reworked city of Steelport and revel in the glorious world of the Saints.

Developer Sperasoft has worked on numerous games in some capacity, including Rainbow Six Siege, Assassin’s Creed Odyssey, and Mortal Kombat 11, so hopefully they’ve done a good job with this remaster.

Saints Row: The Third Remastered explodes onto PC (via the Epic Games Store), Xbox One, and PS4 on May 22. Planning on re-upping with the Saints?