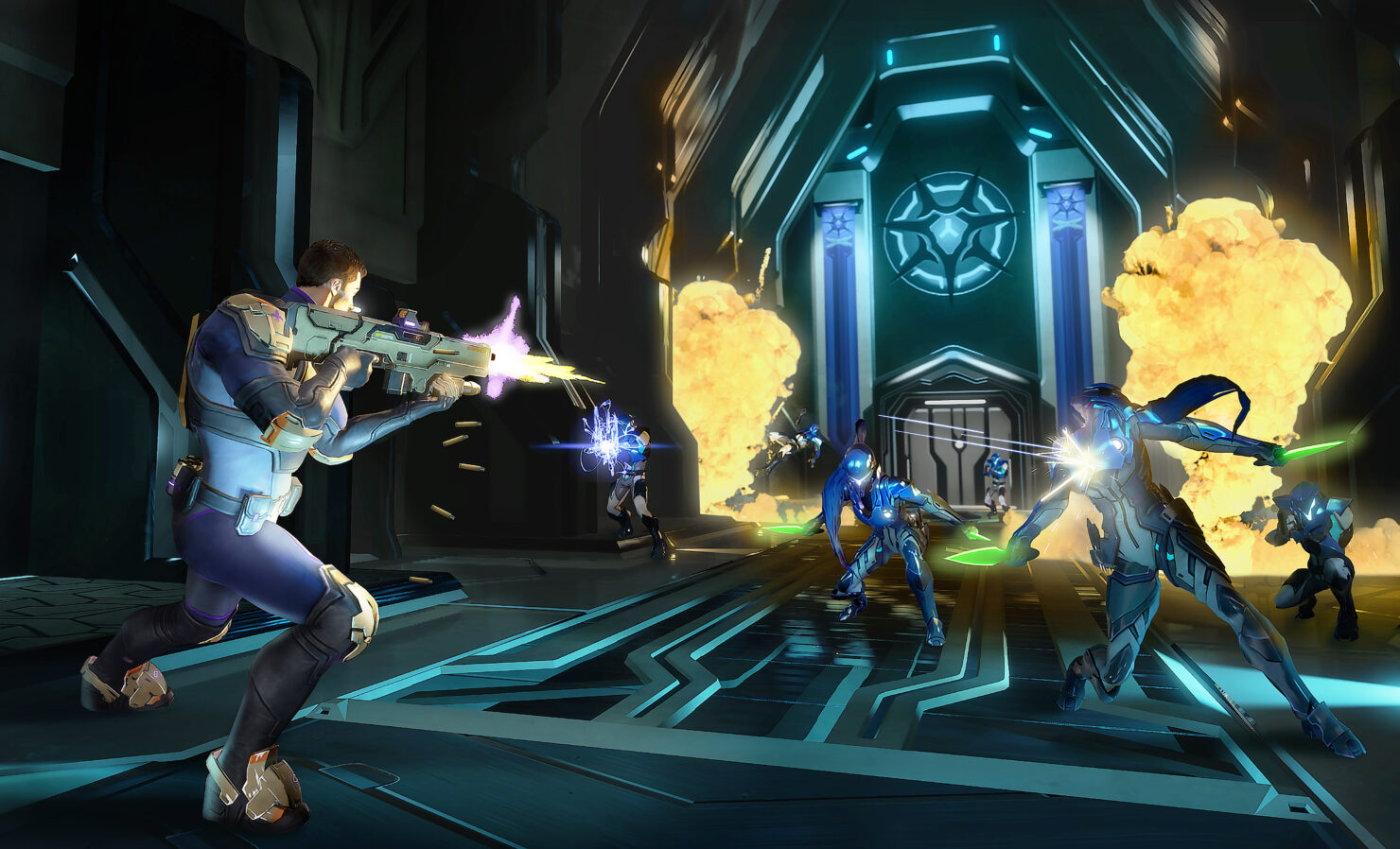 Last month, we reported that Volition's new game would be called Agents of Mayhem. Today everything was confirmed, though with a significant twist: while the title exists as a part of the Saints Row universe, sharing certain story elements and design inspiration, there are also some significant differences.

First of all, Agents of Mayhem has a decidedly comic book deriived theme. MAYHEM, in fact, stands for Multinational Agency for Hunting Evil Masterminds – a motley outfit of unique and diverse Super Agents recruited from around the world to thwart the destructive schemes of the evil supervillain organization L.E.G.I.O.N. (the League of Evil Gentlemen Intent on Obliterating Nations). According to the press release, Aggents of Mayhem will feature "an original storyline, trademark over-the-top open-world gameplay combined with the look and feel of a distinctive superhero cosmos".

Here's a bit more about the story and features (the latter coming from Amazon). The official FAQ also confirms that the game is using a "powerful brand new engine with all the technical bells and whistles that players have come to expect from this generation".

In a simultaneous global assault, LEGION has taken control over the nations of the world and the only force left to stop them is MAYHEM. Led by the mysterious and no-nonsense Persephone Brimstone, MAYHEM’s elite Super Agents are called to the city of Seoul, South Korea. Led by LEGION Minister Doctor Babylon and his diabolical lieutenants, a nefarious plot is set in motion to build a world-altering device that will grant unrivaled power to the supervillain organization. In order to stop LEGION and take back the world, the Agents of Mayhem will traverse a sprawling urban battlefield from the ground to the rooftops and team up as a super-agent collective to stop LEGION at any cost.

The game, which will be single-player oriented, is scheduled to launch in 2017 for PC, PlayStation 4 and Xbox One. Take a look at the first screenshots below; more info will be shared via IGN's First and E3 2016, so stay tuned.