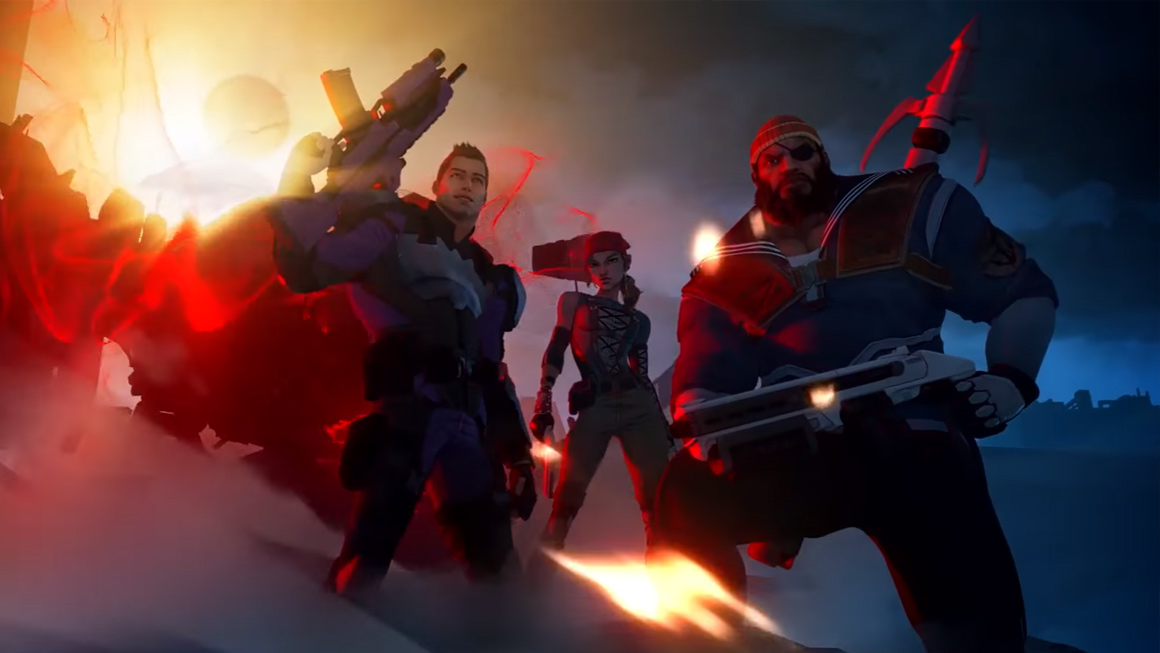 Volition surprised gamers around the world with the recent unveiling of a new title set in the Saints Row universe: Agents of Mayhem. Not wanting to completely uproot themselves from their open-world experiences, this new title focuses not just on a single player character but rather an entire squad of crime fighters.

Before each mission, players choose from any three of the twelve super agents that are part of a group known as the Multinational Agency for Hunting Evil Masterminds, or MAYHEM for short. This group of agents is pitted against an equally elaborate evil group called the League of Evil Gentlemen Intent on Obliterating Masterminds (LEGION). These Agents of Mayhem are wholly funded by a corporation known as Ultor, whom players may recognize from the Saints Row universe.

Agents of Mayhem takes place in a futuristic open world of Seoul, South Korea that's been rebuilt after Legion attacks. This gave Volition a fair bit of freedom to adapt the world to their own style, complete with future tech, billboards adorned with K-Pop stars, and a city that feels lived in unlike the sterile nature of some other future cities.

The hands-on demo centered around trying to rescue a pop star named Aisha that's been kidnapped and held captive by Legion, with story beats being told in colorful anime cutscenes that gave a nice contrast to the usual in-engine cinematics of previous Volition titles.

In the actual gameplay segment, Volition allowed four of the twelve agents to be selectable for the three-person squad. I ended up going with Fortune, a speedy character with dual pistols and various thrown traps, Hardtack who was more of a tanky character with a shotgun, and Hollywood, a movie star that felt somewhere on the spectrum between Johnny Cage and Johnny Gat. Swapping between characters on the fly was as simple as hitting left or right on the D-Pad (The demo was being run on a GeForce GTX 1080-equipped PC with PS4 DualShock 4 controllers).

Volition has doubled down on their mobile combat from the recent Saints Row entries, with being able to run around and fire without much limitation. Agents of Mayhem expands on that by focusing more on the action and making it a more RPG-ish experience. Shooting enemies pops up damage readouts, giving instant gratification for a well placed headshot or knowing if an enemy might be more vulnerable in another location.  Unique character abilities all ran on a cooldown system which compelled me to swap agents on the fly to let one recover health or refresh their abilities.

Only a small fraction of the open-world was available in the demo; essentially a straight path leading to an enemy encounter with a number of various Legion grunts defending a shield generator. From there, it was a matter of locating the enemy base where Aisha was said to be held captive. Naturally, the entrance button to the enemy lair was hidden in an inconspicuous trash can in the middle of the sidewalk. This revealed a staircase down to a large base setting that matched the motif of comic book villain hideouts.

A minimap was conspicuously absent from the playable build and it wasn't mentioned what the specifics would be at release. Instead, trying to track down enemies shooting at the agents was as simple as holding down the triangle button to perform a short range scan and mark all of the enemies both on screen with highlights and those out of view with markers on the edges of the screen.

Agents of Mayhem showed off a bit of the RPG mechanics in this early build. Each agent had three different inventory slots for a special item, weapon modification, and passive ability. Hollywood, for example, could swap between having a faster grenade cooldown when below 20% health or a an ability that augments his dash to stun nearby enemies. Murdering enough Legion minions or completing missions gave experience to level up each agent individually. At level up, each agent is given an upgrade point for one of four upgrades that varied per character. In the demo, each ability maxed out at five which could indicate that the level cap in Agents of Mayhem is 20.

Agents of Mayhem was confirmed to be a purely single-player experience with no multiplayer components announced at this time. While not present in the demo, vehicles were said to return and be a primary mode to get around Seoul although fast travel was not mentioned yet.

Lead Agent gameplay designer Ryan McCabe also confirmed that skins would be available for each agent. Whether these are unlocked as gameplay rewards or perhaps various pre-order bonuses is something we'll look for in the future. It was implied that with the addition of character-specific skins, there may not be finer character customization such as individual accessories.

Volition's upcoming new IP Agents of Mayhem takes a couple steps back from their usual open world formula only to leap forward in style. Both the squad based gameplay and emphasis on how to make the weapons and shooting fun make this one title that shows great potential. If Volition can make a full experience that can match the tiny slice I've played, I'll be booking a ticket to Seoul next year.