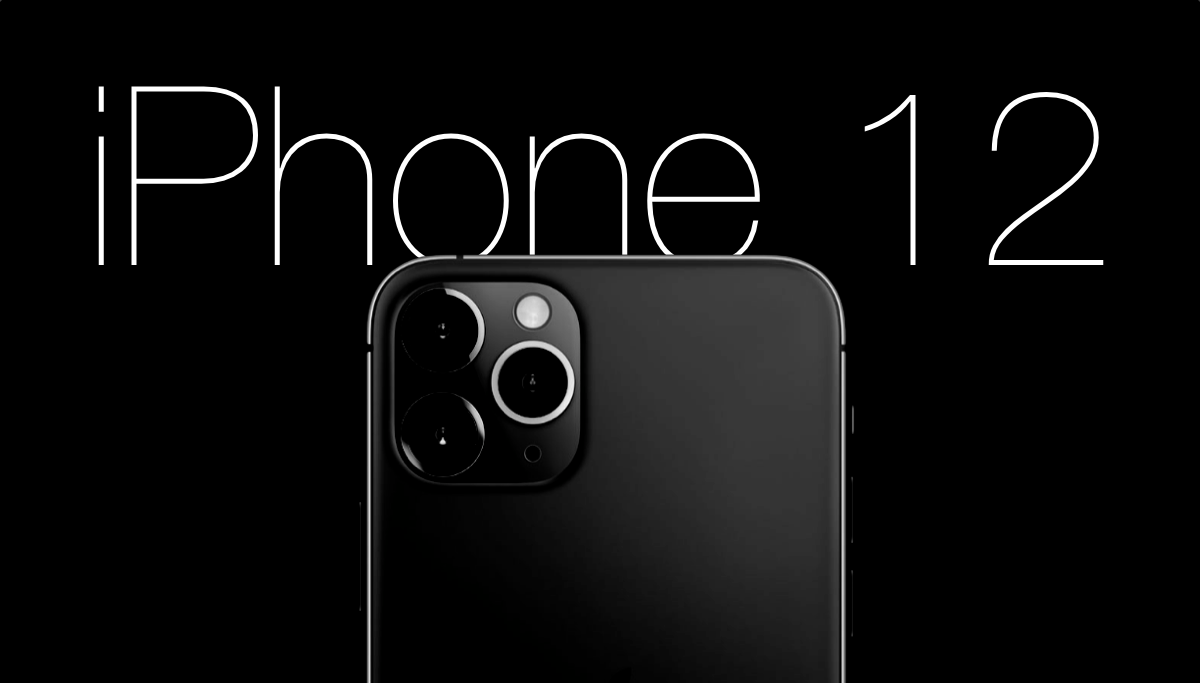 Apple’s iPhone 11 series continues to make waves as CEO Tim Cook says sales are better than expected. However, customers who were put off by the same design since 2017 should very well be looking forward to 2020, because that’s when the iPhone 12 family will materialize. Even though there are several months remaining for Apple’s best iPhone lineup to launch, the torrent of rumors, reports, and leaks continue to excite us, as well as those who decided to skip a purchase in 2019 and await the arrival of newer models in 2020. That being said, here are all the iPhone 12 rumors, features, specs, and release date info you need to know.

Apple would likely be paying close attention to the clamors of customers requesting for an iPhone 12 design overhaul. As it turns out, a report claims that the new design may include an iPhone 4-like metal frame, along with an exterior that’s rumored to be inspired by the new iPad Pro lineup, meaning a flatter surface. The metal frame may increase the production costs for Apple, possibly raising the end price for customers, but it should definitely give an aesthetic bump in the process.

As for how far Apple will alter the notch, there are conflicting reports regarding this. One of them states that the iPhone 12 design might include the front-facing camera and Face ID components housed inside the top bezel. A separate report claims that while the notch might still be present, it will be smaller in size. The iPhone 12 design change might also include wider antenna lines, but it should serve another purpose, which we’ll get to in a bit.

With the new design, comes a potential change in the iPhone 12 display, but it’s not going to be limited to just a single model. Following its ‘three model’ launch strategy, Apple is said to unveil four handsets in varying screen sizes, with a rumor stating that all three of them will feature OLED screens. This makes the iPhone 11 possibly the last iPhone to ship with an LCD panel, but don’t get too happy just yet, because these rumors could take a face turn at any moment. Coming back to the rumored iPhone 12 display sizes, the dimensions have been given below.

As you can tell, all four versions are expected to ship with different display sizes than their predecessors and that’s not all. It’s rumored that only two iPhone 12 models will feature a 120Hz ProMotion display, while the cheaper versions could stick to the regular 60Hz screens. Now pair that with an improved OLED screen and you’ll have a buttery smooth experience while viewing ‘eye candy’ content with vivid colors and wider contrasts. Also, it’s possible the refresh rate will seamlessly switch between 60Hz to 120Hz to conserve battery life, according to a separate rumor.

If you thought the A13 Bionic fueling the latest iPhone 11 series was powerful, then the A14 should take that performance into overdrive mode. For the sake of keeping the chipset name consistent, we’ll refer to the next-gen silicon as A14 Bionic. The A14 Bionic is said to be made on TSMC’s 5nm FinFET EUV process. According to extra details, we should expect between 6-12 percent efficiency improvements as well as 14-17 percent performance improvements from the upcoming SoC.

According to an analysis, the A14 Bionic could be as fast as a 6-core Intel Core i7 processor running in 2018 MacBook Pro, so if you wanted performance, we should expect lots of it. Hopefully, Apple should make adjustments to the new silicon to deliver even more performance while drawing less power, so we’re excited to see what comes in 2020.

Remember when we talked about the wider antenna lines at the beginning of our iPhone 12 rumor roundup? That’s going to be for uninterrupted 5G support, as well as better reception. According to rumors, all three iPhone 12 models will get 5G support, with Qualcomm’s Snapdragon X55 modem expected to found underneath the hood, supporting both mmWave and sub-6GHz bands for excellent coverage. Apple’s newly revived partnership with Qualcomm is what will make this possible until the iPhone maker comes up with a custom 5G modem design, which may take several years to complete.

The insides are also expected to change, with the logic boards expected to increase in size, possibly to accommodate newer technologies, bigger battery and of course, a 5G modem. The internal change is said to cost slightly higher due to the complex fabrication process, suggesting that customers may end up paying more, even for the base iPhone 12 model.

It’s also rumored that both the iPhone 12 Pro and iPhone 12 Pro Max will sport 6GB RAM and additional cameras, which is also the reason why you can expect to pay more for them.

Looking at how the iPhone 11 outperformed the Pixel 4 in the optics department, we only have high hopes from the iPhone 12 camera. It isn’t clear if Apple will be adding more lenses at the back, but we hope the technology giant gains inspiration from this concept video, which shows a quadruple rear camera setup for the iPhone 12. A ToF (Time-of-Flight) sensor might be added to the rear configuration, giving both the 2020 iPad Pro and iPhone 12 camera some AR-related upgrades in the process.

The iPhone 12 lineup is expected to start from $649, with the top-tier version rumored to retail for $1,099 in the U.S. That $649 price tag will likely be stamped on the 5.4-inch version, with a $749 price rumored for the 6.1-inch iPhone 12. Overall, this is highly competitive pricing from Apple, and you should keep in mind that you’re getting 5G support for all models. Considering that procuring 5G modems isn’t a cheap hobby thanks to Qualcomm’s strong grip on the market, a $649 starting price should be considered affordable.

It’s possible Apple schedules an iPhone 12 release date during the second week of September. For the iPhone 11, the keynote was held on September 10, so keep your calenders marked for 2020. While Apple might stick to the aforementioned launch schedule, the COVID-19 pandemic might force the tech giant to initiate a change-up in its plans. A previous report talks about a December release timeline, with an even lower probability suggested for the month of October. However, keep in mind that despite the outbreak, the 2020 iPhone SE launch did happen, so there’s a possibility the iPhone 12 family might arrive right on cue.

Like we said earlier, there’s lots more to be excited about, especially if you’ll be wanting to make an upgrade next year. We’ll continue to update you guys on the latest iPhone 12 rumors, features, specs, release date and so much more, so stay tuned.