How would a 4.7″ iPhone 6 Look against Android Smartphones – Images

If the rumors are true, at least one model of the iPhone 6 will contain a 16:9 4.7” screen. When you think about it realistically the iPhone 6 will have a home button with a finger print scanner the same size as the iPhone 5S. Also will the top and bottom bezels have the same height for symmetry. The side bezels will be smaller than the iPhone 5S, but they will not be non-existing. - Deuxani on iPhone 6 vs Android flagships.

This first mockup images stacks iPhone 6 against its primary contenders of the year 2014: the Samsung Galaxy S5, and the HTC One M8. Honestly, the taller iPhone 6 looks sort of weird to me; Galaxy S5 seems to have better proportions. 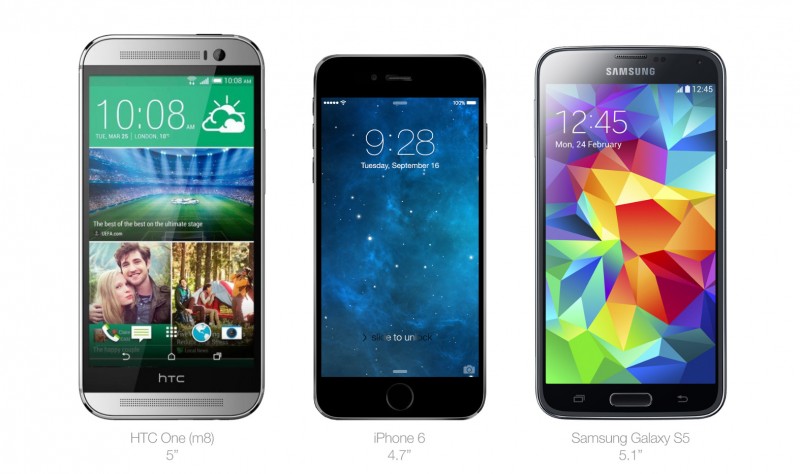 The second images brings in LG G2 and the Nexus 5 against iPhone 6. 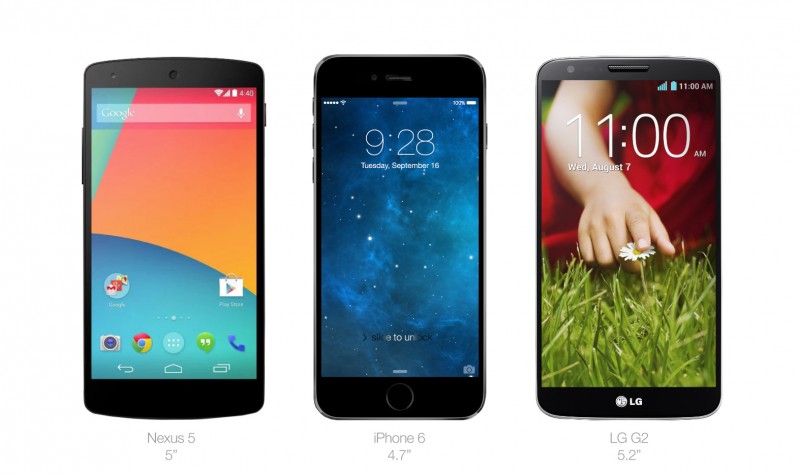 The last mockup image compares the size of a 4.7-inch iPhone 6 against LG G2 Mini and Motorola Moto X. 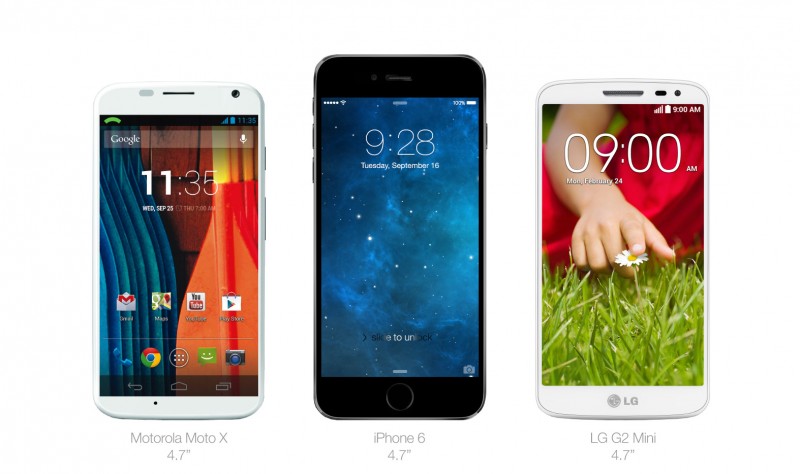 Traditionalists won't be appreciating the looks of a larger iPhone 6, however, Apple seems to be bent down to tap into the larger market looking for smartphones with increased display size. While iPhone 6 may not be able to catch eyeballs primarily because of increased size, it can do so with the help of increased thinness and the Air-ness that made many fall in love with iPad Air.

8th gen iPhone is expected to sport an ultra-thin, almost bezel-less design form with rounded edges. iPhone 6 leaked images and news suggest that the device will sport an A8 processor, 1 GB RAM, Touch ID sensor, and an improved 8 megapixel camera with Optical Image Stabilization (OIS). Software wise, iPhone 6 will be powered by iOS 8 featuring new fitness apps with a focus on Healthbook app, an improved Maps and Siri experience, and more such refinements.

[In Depth] The iPhone 6 And Samsung Galaxy S5 Dissected – Which Device Offers More?

iPhone 6 Battery 16% Improved than iPhone 5s, Smaller than Other Flagships