Although still unconfirmed, a plenty of sources have been confirming Apple's plans to launch two sizes of iPhone this year. Looking at the growing market of larger phablet smartphones, Apple seems to be ready to tap in to that region after been rather successful with the mid-range smartphone last year. September is the iPhone 6 launch date for the 4.7-inch model, while the phablet will come a little late. 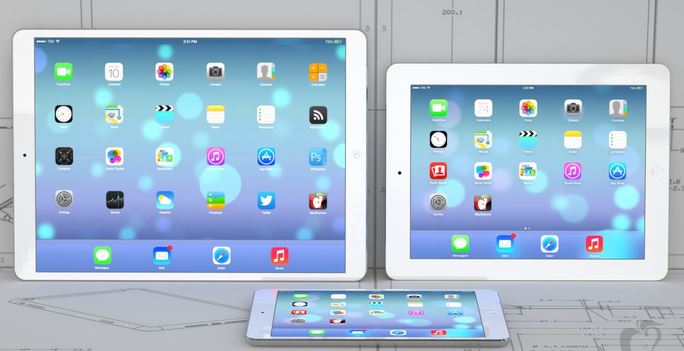 According to the recent rumors, Apple is planning to hold the 5.5-inches phablet iPhone 6 launch date until the next year. Speculations coming from Taiwanese sites also suggest that September will only see one iPhone in the market. This bit seemed more realistic considering Apple couldn't take chances with two smartphones with larger screens. Seems like the Cupertino will first see how the upcoming 4.7 inches iPhone goes this year before launching the phablet.

Lately, news have also suggested that Apple is facing some problems with the production of larger iPhone model. According to the reports Taiwanese Industrial and Commercial Times is supposed to work on a report on this issue. According to Industrial and Commercial Times, this year will only see the 4.7 inch iPhone 6 and the production will start in July. The publication states that Apple phablet won't go under production until September this year which may get it in store during the holiday season.

It should be taken in account here that Apple has rarely changed the physics of iPhone with its size increasing to only half of a inch in the lifetime of seven major year. While Android phones have seen major improvements and enhancements, especially when it comes to larger screens, iPhone size has remained same. While it makes many consumers happy, Apple would surely not miss to hit the market attached with larger screen smartphones.