After yesterday's iPhone 6 leaks about its Ultra Retina display and processor, here comes new rumors. The latest iPhone 6 specs rumors come from Sun Chang Xu who is an Electronics analyst at ESM-China.

According Chang Xu, Apple's next flagship smartphone may sport a few sensors including pressure, temperature, and humidity sensors. The same analyst has previously predicted Apple using optical sensors to measure heart rate and oxygen levels in the rumored iWatch.

According to Sun Chang Xu (news chief analyst at ESM-China), sources close to the matter have revealed that Apple will catch up in the “sensors department”, as the iPhone 6 will feature pressure, temperature and humidity sensors. Please note that the analyst is probably not referring to blood pressure (this feature is rumored to be implemented in Apple’s iWatch) but to atmospheric pressure. - G for Games.

Remember, Samsung Galaxy S4 and the newly unveiled Samsung Galaxy S5 come with these sensors. Samsung's latest flagship, expected to be publicly released in April, focuses on such sensors and health aspects of the device.

The latest iPhone 6 leaks confirm the earlier rumor of Healthbook app to be a part of iOS 8. Healthbook app will be bundled with these temperature, humidity, and pressure sensors. The aforementioned app will focus on various health measures such as calories count, weight loss, vital signs measurement, blood pressure, heart rate, glucose levels, and other such checks. 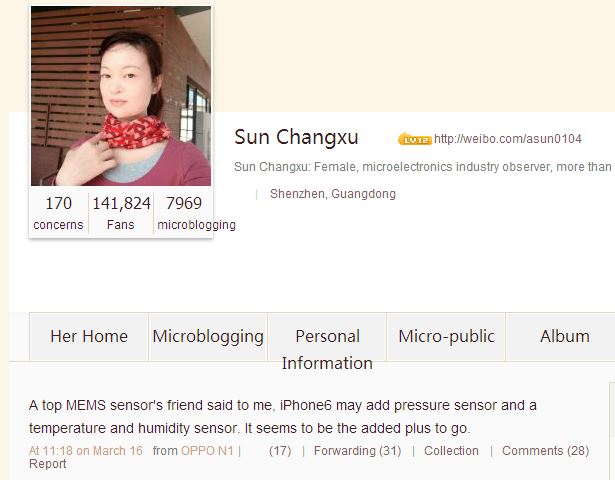