Only a few days in HTC's revealing of the All New HTC One (codenamed HTC One M8), and we have got a treasure trove of images. This set of leaked HTC One M8 images show the upcoming flagship stacked against all the premium current flagships: Samsung Galaxy S4, Sony Xperia Z1, LG G2, and the Apple iPhone 5s.

While personally I believe this would have had even more zing if the leaked HTC One M8 images had showed it against the upcoming flagships, but that's quite too much to ask for. These images will show you how HTC One M8 stacks up against the current flagships from the top tech manufacturers. The images of course cannot tell you about the software side of the devices, but you can get quite a hint about the physics of the device. 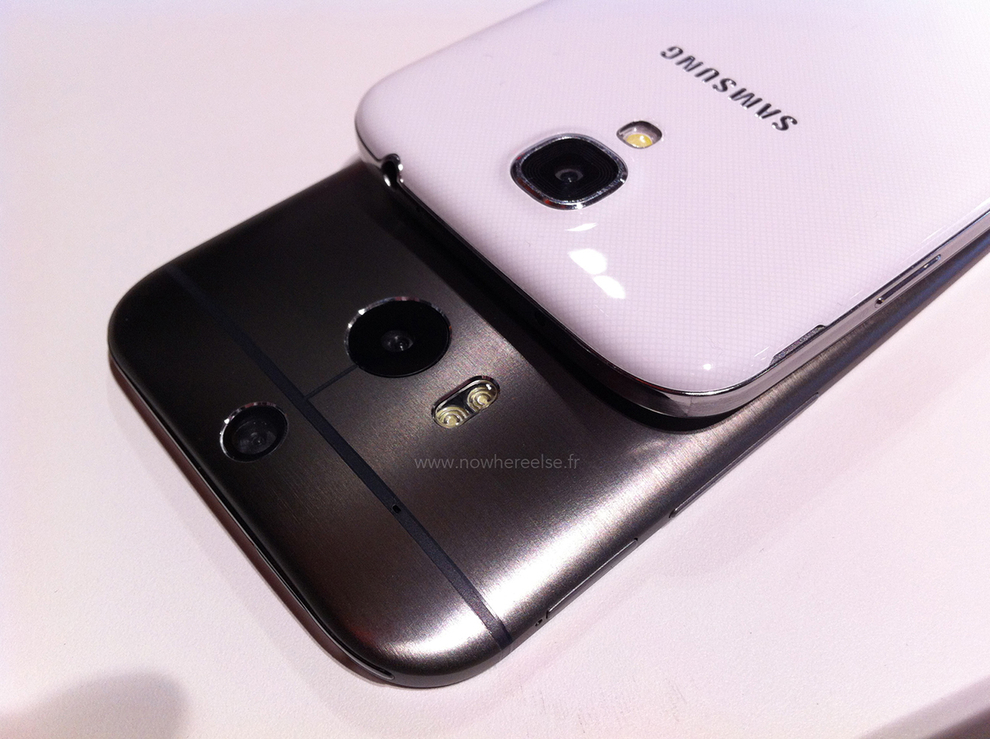 - Recommended: HTC One Tips & Tricks – What You Might Be Missing

It should be noted here that photographer has claimed that this is an HTC One M8 dummy handset just used to the size comparison purpose; we think it does the trick quite perfectly.

Here is the set of leaked HTC One M8 images against all the other current flagships:

The all new HTC One (M8) is planned to unveiled on March 25. The device is expected to sport a 5-inch, 1920 x 1080 SuperHD display, 2.3 GHz Snapdragon 800 processor, 2 GB of RAM, and an UltraPixel smart camera with twin lenses improving the image focus and quality. The HTC One M8 will be released publicly with Android 4.4.2 KitKat with HTC's very own Sense 6.0 on top of it.