As we all know, Apple launched the iPhone 6 and the iPhone 6 Plus yesterday. The iPhone 6 launch was one of the most anticipated events this year, as is generally the case with Apple events. Claiming to think different, the company has always stuck to the basics and improvement of individual aspects of the device rather than equipping it with high hardware specifications.

The iPhone 6 is in no way different from this philosophy and now we can finally compare the device to what might be said to be it's biggest rival - the Samsung Galaxy S5. The Galaxy S5 is a beast when it comes to specifications. Packing an quad core 2.5 GHz processor with 2 GB of RAM on board, the device is fully set to charge at it's competition.

So which device ends up being the better option? Lets find out. 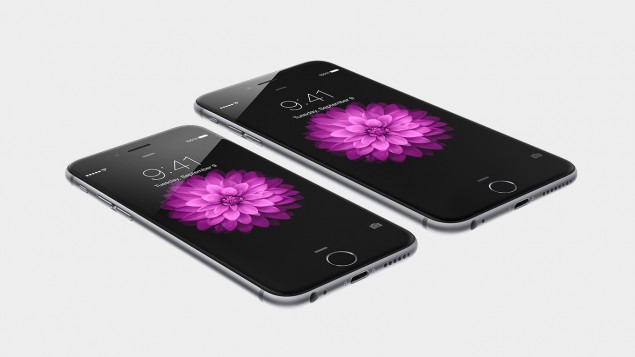 Dimensions of the iPhone 6 are 138.2 x 67.1 x 6.9 mm. The device weighs 4.55 oz. This is despite the fact that Apple has stuck with a complete unibody metal design once again with it's flagship device. This ends up lending a premium build quality to the device, which will undoubtedly feel great in the hands.

The Galaxy S5 as we know takes a much more different approach, with a polycarbonate back. This has been enhanced with a rough feel to it, in order to improve grip. If you don't prefer a complete metal build and would like to access your device's internal components, the Galaxy S5 should be your option based on design. The device measures 142 x 72.5 x 8.1 mm and weighs 5.11 oz. The device is water and dust proof officially, owing to the IP67 certification, a big bonus for outdoor lovers.

As mentioned before, the Samsung Galaxy S5 is a hardware beast, coming with the 2.5 GHz Qualcomm Snapdragon 801 backed with 2 GB of memory. These specs should be enough for everyone who's power hungry in the smartphone segment. These specs are enough to make sure the Galaxy S5 will never lag, no matter how performance intensive apps you end up using. Of course, individual usage and devices will vary. But specs wise, the Galaxy S5 does indeed come out on top - on paper.

With a new iPhone, comes a new Apple SoC. Same is the case with the iPhone 6, which comes with Apple's latest A8 processor. The A8 is one of the first mass market processors to come with TSMC's 20nm manufacturing process. Compared to it's predecessor, the A8 houses a billion more transistors on a 20nm process, when compared to A7's 28nm. The improvement in die size also accounts for power and efficiency gains claimed by Apple for the iPhone 6.

All of these combined with the fact that the iOS is well known for it's optimization with hardware - the main idea behind the philosophy of closed systems - we might be looking at on par performance with the Galaxy S5. This is also further boosted by the fact that Apple has had full 6 months after the Galaxy S5's launch to design the iPhone 6.

Coming towards software and overall usability of both the devices, the verdict depends on preference and expectations. With iOS 8, Apple is bringing several new changes to the iOS platform. These include greater third party developer access which will be a treat for many users. Speaking in terms of usability and overall interface, iOS has been more pleasing to the eye than Android and Galaxy S5's TouchWiz. The TouchWiz also ends up scoring lower in overall ease of use.

However Android and TouchWiz have some of their own tricks. If you want to tinker with your device's software and require greater overall flexibility, then the Galaxy S5 is the device for you. And after it gets Android L, you can expect the interface and looks of the device to increase significantly as well. The real question is will Android L be able to match iOS 8 in terms of resource consumption and usage. We'll have to wait for that.

With increased screen size, coping with the resolution would have been a major design question for Apple. Several rumors were seen related to the resolution of the iPhone 6, with specifications resulting in increased pixel density. However, as we pointed out earlier correctly that the density on Apple density is based on human interaction rather than a simple increase of numbers.

So it came as no surprise when the it was known that the display resolution for the iPhone 6's Retina HD display  will be 1334 x 750 which translates to Apple's standard 326 ppi. To know more about the details behind this magic number, click here.

Samsung's Galaxy S5 tops the iPhone 6 in every aspect of camera resolution and specification. The Galaxy S5 comes packing a 16 MP camera with aperture of f/2.2 and ISOCELL on board. ISOCELL is touted by Samsung to increased light capture and other aspects of photography. Apple sticks to the 8 MP for the iPhone 6 with aperture size of f/2.2. The imaging sensor for the rear camera has also been increased, with new dimensions being 1/2.6".

The iPhone 6 also comes with iSight and phased detection autofocus. However Apple has opted out of OIS for the 4.7 inch iPhone 6, owing perhaps to thickness issues. The front cameras for both the devices have a resolution of 2.1 MP. This is one aspect where one can truly gauge the difference manufacturers add to devices and specifications.

With all of these aspects discussed, the question remains. Which device tops the other and is better. The answer to that depends on what you as an individual are looking for. If you prefer hardware specifications and greater control over modifying your device then the Galaxy S5 is the one for you. Not only do you get greater software control and features, you also get hardcore specifications that are not commonly found. So it makes for a great, specs full device.

The iPhone 6 on the other hand follows Apple's idea of setting it's own rules when it comes to it's devices. The rounded off corners, changing of button positions, reduced overall thickness, improved Touch ID and a premium metal build are some of the minute details that Cupertino like to focus on when designing it's devices. For Apple, it's never been about specs, but about balance. So if as a user you simply like a great experience and seamless integration of hardware, the iPhone 6 is the device for you.