If you thought the Midnight Green versions of the iPhone 11 Pro and iPhone 11 Pro Max looked beyond stunning, then feast your eyes on the Navy Blue versions of both the upcoming iPhone 12 Max and the Apple Watch Series 6. North’s Globe Concepts have created an impressive-looking image and it looks like the people behind this concept have put a lot of attention to detail.

Firstly, the iPhone 12 Max design bears similarity to Apple’s current-generation iPad Pro, as previous reports have pointed out that the iPhone 12 series will take inspiration from these tablets such as sporting flatter edges. This also means that Apple will most likely stick to using a flat display rather than a 2.5D glass solution like the majority of the technology giant’s competitors. The iPhone 12 Max shown in this concept also sports a rear camera array, which is consistent with what multiple reports have stated. 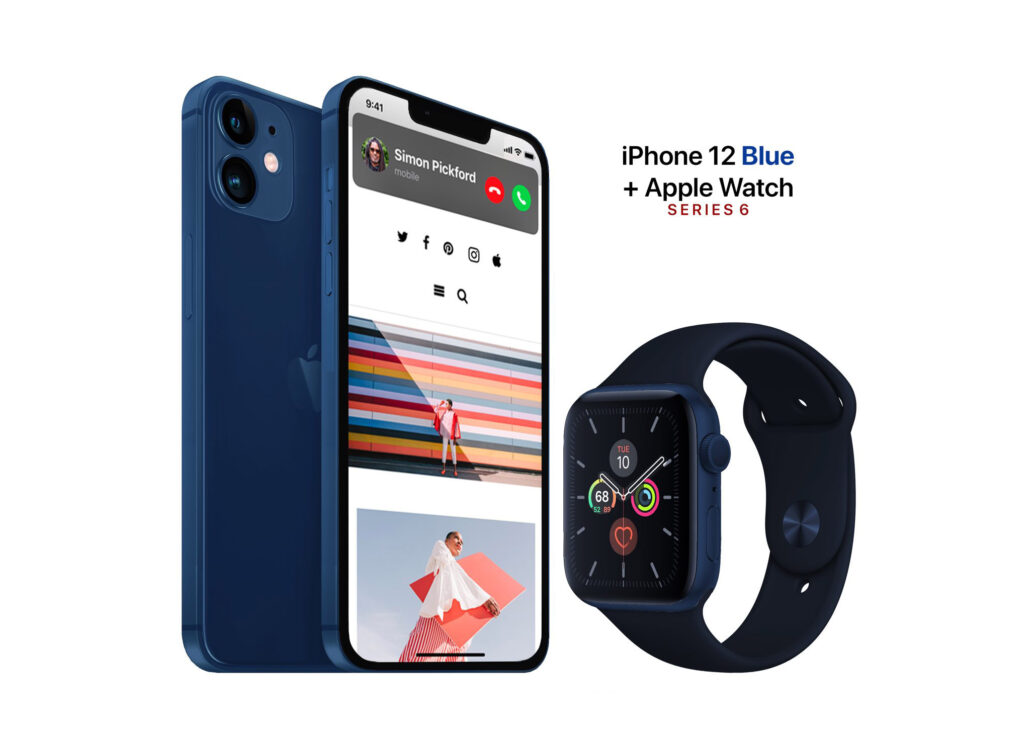 It’s also rumored that this Navy Blue version will replace the Midnight Green finish, though if it was up to us, we’d want Apple to provide both flavors to customers. Then again, this kind of paint job is unbelievably tough, with Apple CEO Tim Cook praising the company’s partner, Seiko Advance, for adhering to such high-quality standards.

Do you think this Navy Blue finish is more appealing than the Midnight Green one and is it something you’d appreciate if you order an iPhone 12 Max or an Apple Watch Series 6? Tell us down in the comments.