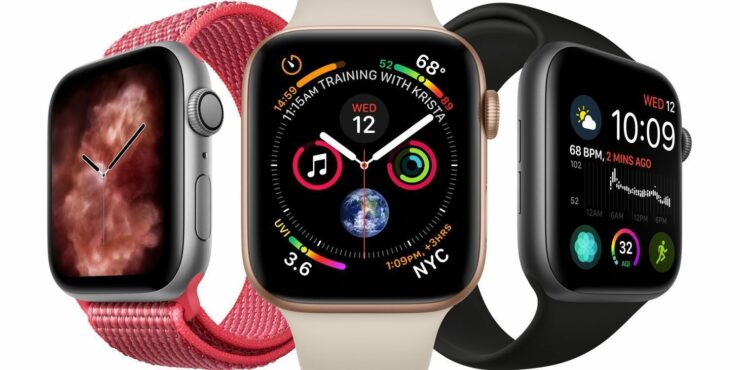 With a sleek, modern design, coupled with one of the best smartwatch interfaces, Apple lays claim to around 33 percent of smartwatch market share for Q1, 2021, according to Counterpoint Research analysis. With the latest Apple Watch Series 6 starting from a modest $399, it would not be surprising to hear that the wearable costs a mere $136 to make.

As calculated by Counterpoint Research in a Bill of Materials (BoM) report, the individual part costs and manufacturing fees do add up to less than $140. Dividing up the component costs used to assemble the smartwatch, the research finds that almost 68 percent of the value is made up of the casing, sensors, and display. Progressing down the list of components, Apple allocates the costs effectively in each area. The absolutely stunning OLED display beaming at a peak of 1,000 nits of brightness, along with the ION-X glass utilizes around 13.2 percent of the cost.

Not only did Apple up the ante by adding a more efficient processing unit in the S6, they also upgraded the Wi-Fi and Bluetooth chips. Including the 1GB of fast LPDDR4X RAM and the 32GB of onboard memory in the new Apple Watch Series 6, this segment of the device takes up 23.7 percent of the cost. With the launch of the new model, the company decided to include a larger array of sensors, making it even more capable in saving lives during emergency situations. 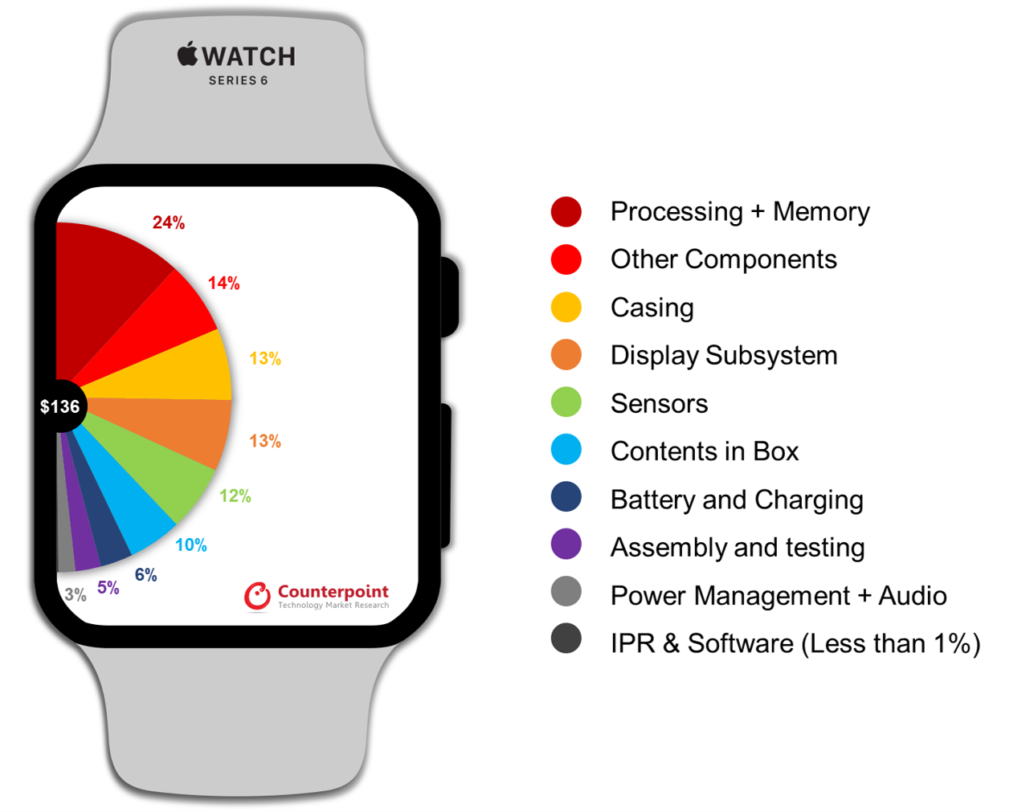 However, the bulk of these sensors just factor in 6 percent of the Bill of Materials. While Apple decided to scrub the ceramic version of the Apple Watch Series 6 to cut costs, the company bumped up the performance of the speaker and Taptic Engine. Together with the wireless charging coil and battery, these upgrades make up just 6 percent of the total cost.

The remaining are the more visible components of the watch, the body, crown wheel, and frame; bringing the cost up by 13.3 percent. Unsurprisingly, the new wearable also carries the legacy of being water-resistant, just like its predecessor; the Apple Watch Series 5. With further improvements on the components side of things in the smartwatch market and Apple’s brilliant user experience, prices are likely to go up even higher.

Besides, as September creeps closer, Apple may as well present us with an even better upgrade in the form of the Apple Watch Series 7.