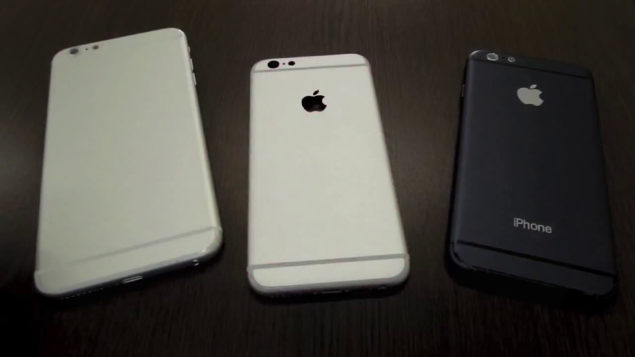 Set to be released in September, iPhone 6 is rumored to be going in production next month in July. As this rear casing video conforms to earlier leaks, we can expect getting quite a thinner Apple iPhone this fall. The device is likely to sport an all-aluminum rear casing with two antenna cut outs.

This year, Apple is aiming to play a full-on game with both the iPhone 6 models being new in the market. Currently, the iPhone 5s measures around 4-inches which is way smaller than its Android rivals. Cupertino tech giant is gearing up to change the equation with not just one, but two larger iPhone 6 models. According to the reports, new iPhones will be thinner and rounder and will have enhanced sensors that can detect different levels of pressure.