"The biggest release in the history of Android."

In the crazy nerd party today at Google I/O 2014 Conference, the tech giant showed off some new products with its innate quirkiness. We saw Google launching the refreshing UI design taking inspiration from paper and ink titled Material Design. We are also seeing Google launching a new Android mobile OS, as was expected earlier. Google today has launched the new so-called L Developer Preview after a few months of KitKat. This new mobile OS is a complete redesign bringing in a consistent visual reboot over entire user experience. 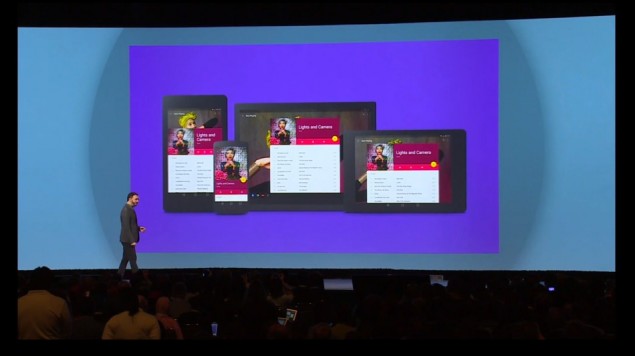 Google will be releasing the L Developer Preview later today to the dev community. Some 5,000 new APIs in the new software will be launched with a major focus on visuals and making the L part of Google's new and soon to be omnipresent Material Design philosophy.

From Android apps, to web including Gmail and Chrome, Google has introduced minimalistic design ideology, redesigned Android buttons (now round), a system wide Roboto font and more. The new Material Design will be an all-encompassing philosophy from which L Developer Preview will take inspiration to make a transition from Holo to the new theme. 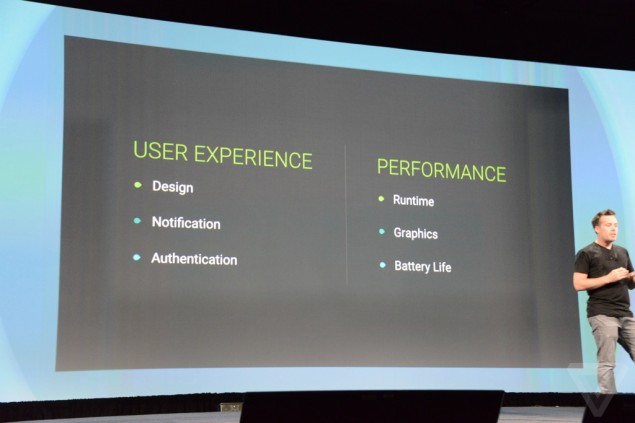 Android L seems to have increased focus on better battery performance, interactive and easy access to notifications on the lock screen with combining the notification pane and lock screen together. The new look seems to be refreshing so far.

Android L brings increased security and "Universal Data Controls" which will help user find all relevant security features at one place. Under that roof, you will also find factory reset protection to remotely wipe data at stock level. Not only privacy and security from theft and loss of devices, Android L also features built-in malware protection. The security patches for the OS will now be delivered to the users via Play Services making the entire experience seamless at best. 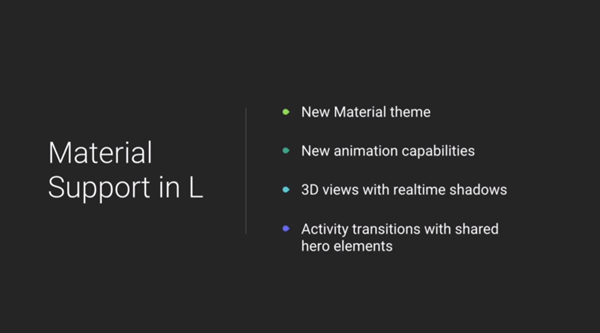 On the user level, notifications got more of the time of Android L demo. Android L notifications are completely redesigned and rethought-out. The idea here is to keep you connected with notifications right from the lock screen. Using the Material Design, Android L has got some 3D and shadow effects to give the sense of elevation and liveliness to apps. Google thinks these new additions to help devs create apps in new ways will enhance the user experience more than the usual fancy upgrades.

Cherry on the cake? Google has now made Android 64-bit capabile and has switched the runtime environment from Dalvik to ART! Faster apps, better graphics and a promised better battery life.

Note: The L Developer Preview SDK will be available for developers to download later tonight. Android L is expected to be released in Fall with perhaps a "Lollipop" tag.