Latest reports suggest that Apple is set to begin production of its 2014 iPad Air this month. The report claims that next gen iPad Air's display components are going into mass production in the middle of this month. It is also being suggested that Apple's 2014 iPad Air will have similar design, an improved A8 chip, and an 8MP shooter. 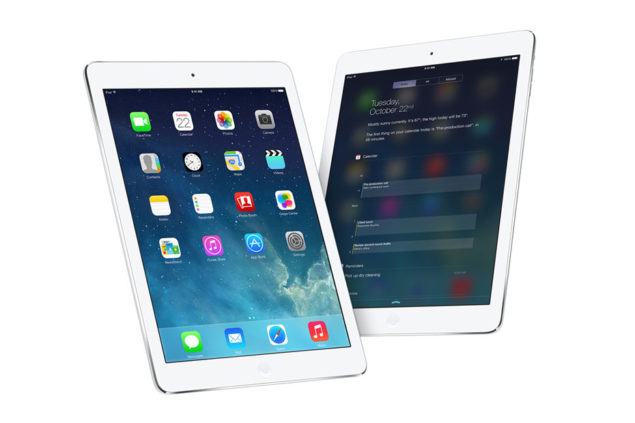 Apple traditionally releases the new iPad models in October every year. With the latest report claiming that display panel are going into mass production this month, Cupertino giant seems to be in time to produce iPad Air 2 in time. The report, which comes from ETNews, also suggest that processors, camera sensors and other components will go into production next month.

The iPad refresh this year is not expected to be very significant as Apple is going all different with its iPhone 6. 2014 iPad Air will likely feature same design (display resolution of 2048 x 1536) with small improvements and enhancements. The report confirms the earlier rumors that iPad Air 2 will have a faster A8 chip and a better 8 megapixel rear camera.

The faster and improved chip is aimed to be more energy efficient to give a better battery life for the tablet. An 8MP camera, on the other hand, has been a feature long asked from Apple. It seems that this time iPad Air might see a major improvement in pixels. Front shooter is also expected to be bumped from 1.2MP to 1.5MP. With these hardware improvements in place, camera features like Slo-mo recording and burst mode - which are currently only restricted to iPhone - will make an entry into iPad too.

"We think the upgraded iPad Air will be launched earlier in 2014 than the iPad Air was in 2013. The biggest changes will be A8 processor, Touch ID (fingerprint recognition), and main camera resolution of 8MP."

Apple is also rumored to be working on a larger, 12-inch iPad Pro, which has been put on hold for now. The tablet is expected to be launched some time next year.

The Initiative’s Perfect Dark Reboot is Coming Along Pretty Well, It’s Been Claimed

Save $20 on the Best Ever Portable Bluetooth Speaker by Bose