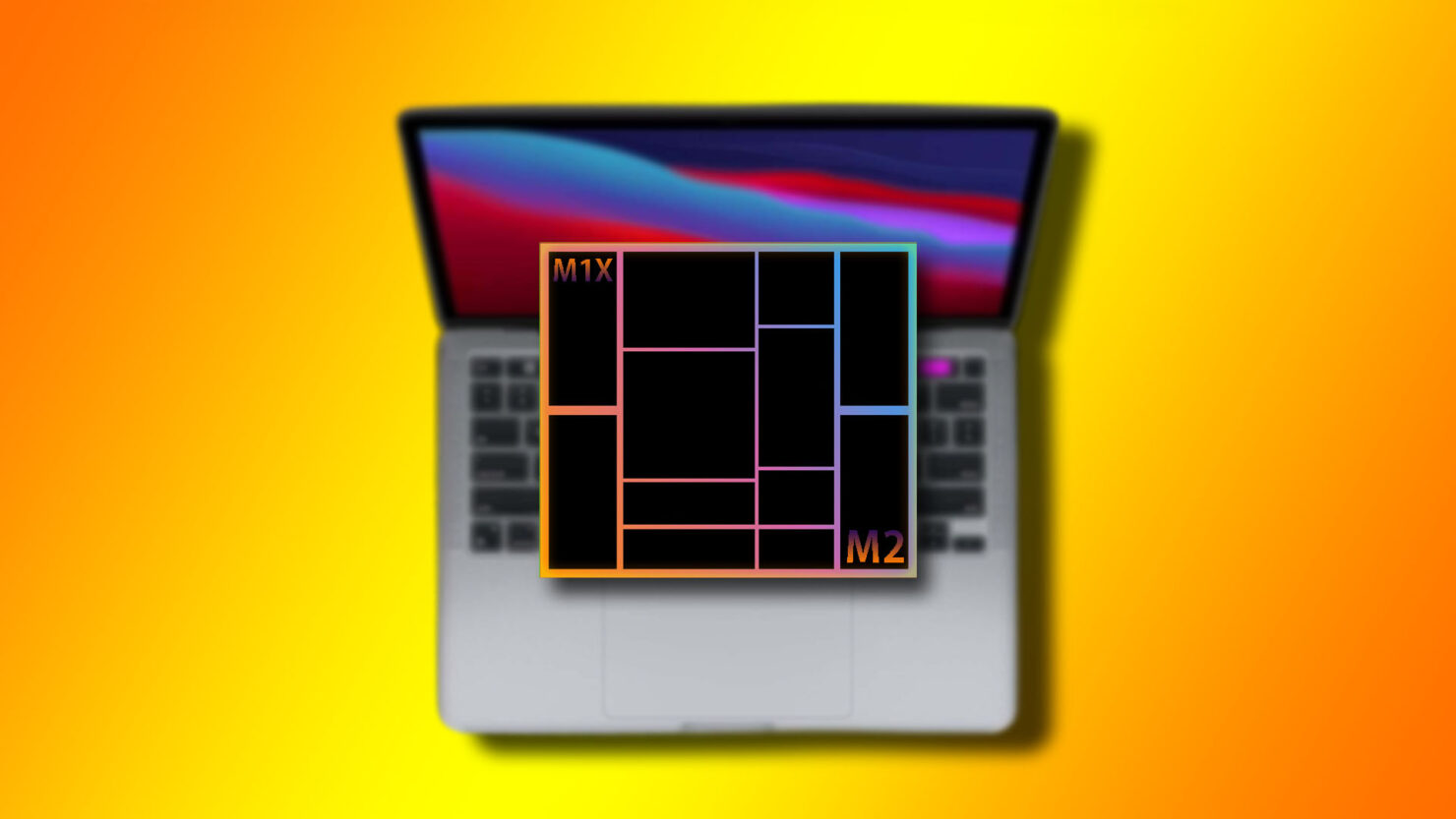 Apple has experienced an immensely successful run with its latest 5nm M1 chip, which is found in not just the new iMac but the 2021 iPad Pro series, the Mac mini, MacBook Pro, and MacBook Air. The first Apple Silicon’s efficiency and performance have been praised by critics from every corner, and the journey is far from over. We should expect more powerful chipsets from the technology giant, which should reach a new plateau of computing power. Yes, we are talking about the M1X, or M2, depending on what name Apple settles on, and here is everything you need to know about the upcoming SoC.

Both the A14 Bionic and M1 were made on TSMC’s standard 5nm architecture, which only means Apple wants the Taiwanese manufacturer to use a more advanced node to develop the upcoming custom chip. We believe the new N5P manufacturing process could be used to develop both the A15 Bionic for the iPhone 13 series and the M2 or M1X for the more powerful machines.

However, the strange thing to note here is that mass production of the A15 Bionic is said to take place later this month, while shipments of new Apple Silicon might begin as early as July. The difference in the time frame has been noted, but this is likely happening because both chipsets will be found in vastly contrasting products, so there will be significant differences between them. 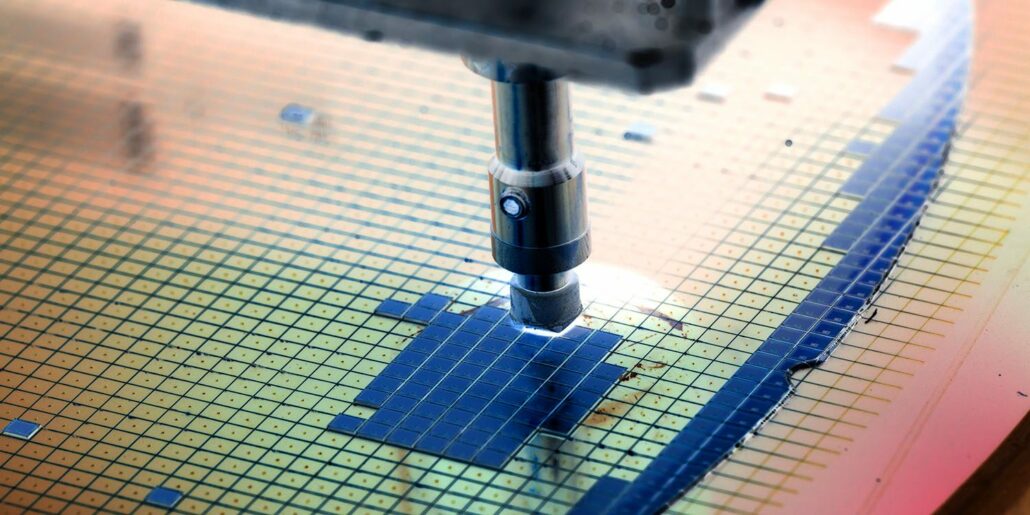 For starters, the M2, or the M1X, will be reserved for the newly designed 14.1-inch and 16-inch MacBook Pro models, whose mass production is said to start in the second half of 2021. If we are lucky, Apple might also use this silicon for the larger, rumored 32-inch iMac so let us keep our fingers crossed. As for how different this N5P process will be, TSMC has not mentioned these details on its website.

It does, however, highlight how its standard N5 and N5P will differ when comparing the last-gen 7nm FinFET node.

As you can see, both the performance and power efficiency categories see an uplift, but naturally, we will wait for real-world numbers to come through to provide a more comprehensive comparison.

To recap, the M1 features an 8-core CPU, up to an 8-core GPU, support for up to 16GB unified RAM, and a 16-core Neural Engine. We expect the new Apple Silicon to offer much more. According to a previous specifications leak, the ‘M1X’ will have a 12-core CPU divided into eight performance cores and four power-efficiency ones. These will be paired with a 16-core GPU with a TDP that could go up to 45W when required.

Many tipsters and leaksters have dismissed these specifications, which is why we will have to wait for the official announcement to happen later in the year to gather more info. Then again, given below is a little something interesting for our readers when discussing the upcoming Apple Silicon’s expect performance.

While we have some performance numbers for you in the images below that were taken from the same place that published the ‘M1X’s specifications, Luke Miani, a YouTuber, provided some estimated figures of the upcoming silicon. His analysis revealed that the M1X, or M2, is significantly faster than a 10-core Intel Core i9 or 8-core Ryzen 7 5800X CPU. Now, if you think that this is falling out of bounds of our computing imagination, we would like to remind you that Miani also published performance estimates of the M1 (at the time, it was called the A14X).

His numbers are nearly identical to what the actual M1 obtained in both single-core and multi-core results. We are not asking you to trust his analysis completely, but we want to inform our readers that he was right on this first attempt. In short, perhaps the upcoming Apple Silicon could reach a new echelon of performance that we have not witnessed from a consumer-based ARM chip as yet. 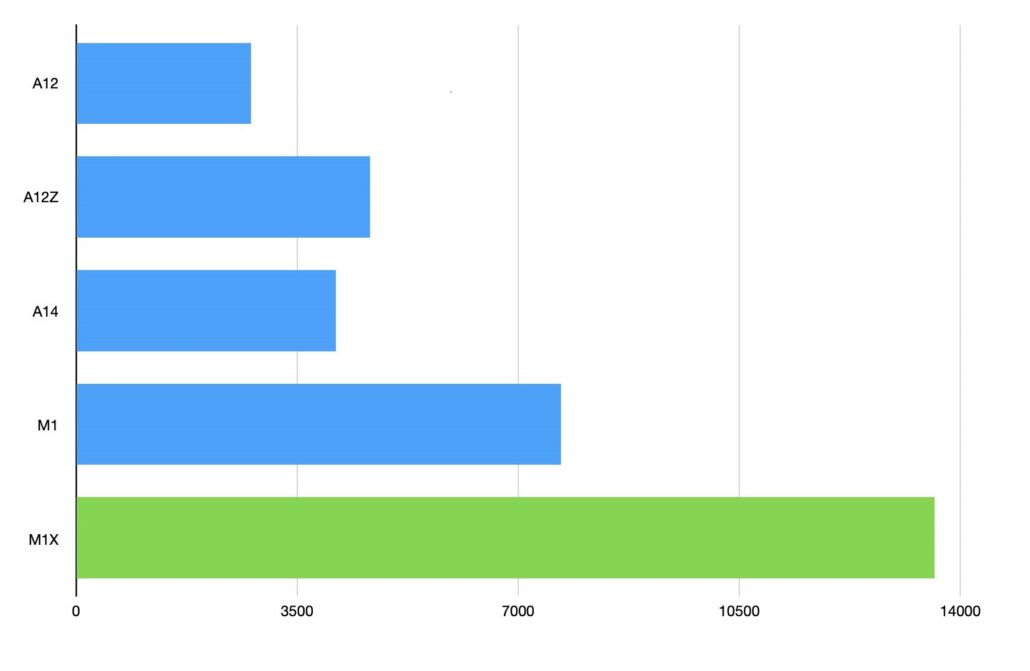 Luke Miani's estimated performance numbers of the M1X, or M2

As mentioned earlier, the new MacBook Pro models will reportedly undergo mass production in H2, 2021. That means Apple could unveil the custom chipset after announcing the iPhone 13 lineup in late September. We could be looking at an October launch, but the ongoing chip shortage might force the technology to delay its plans considerably. With all that is happening right now, the future is uncertain, but the upcoming Apple Silicon looks thoroughly promising, and we cannot wait to see what new milestones it achieves.

Are you excited about the M1X or M2 launch? Tell us down in the comments.

You might also like to read about an M1 competitor that Qualcomm is working on, as well as our iPhone 13 roundup.