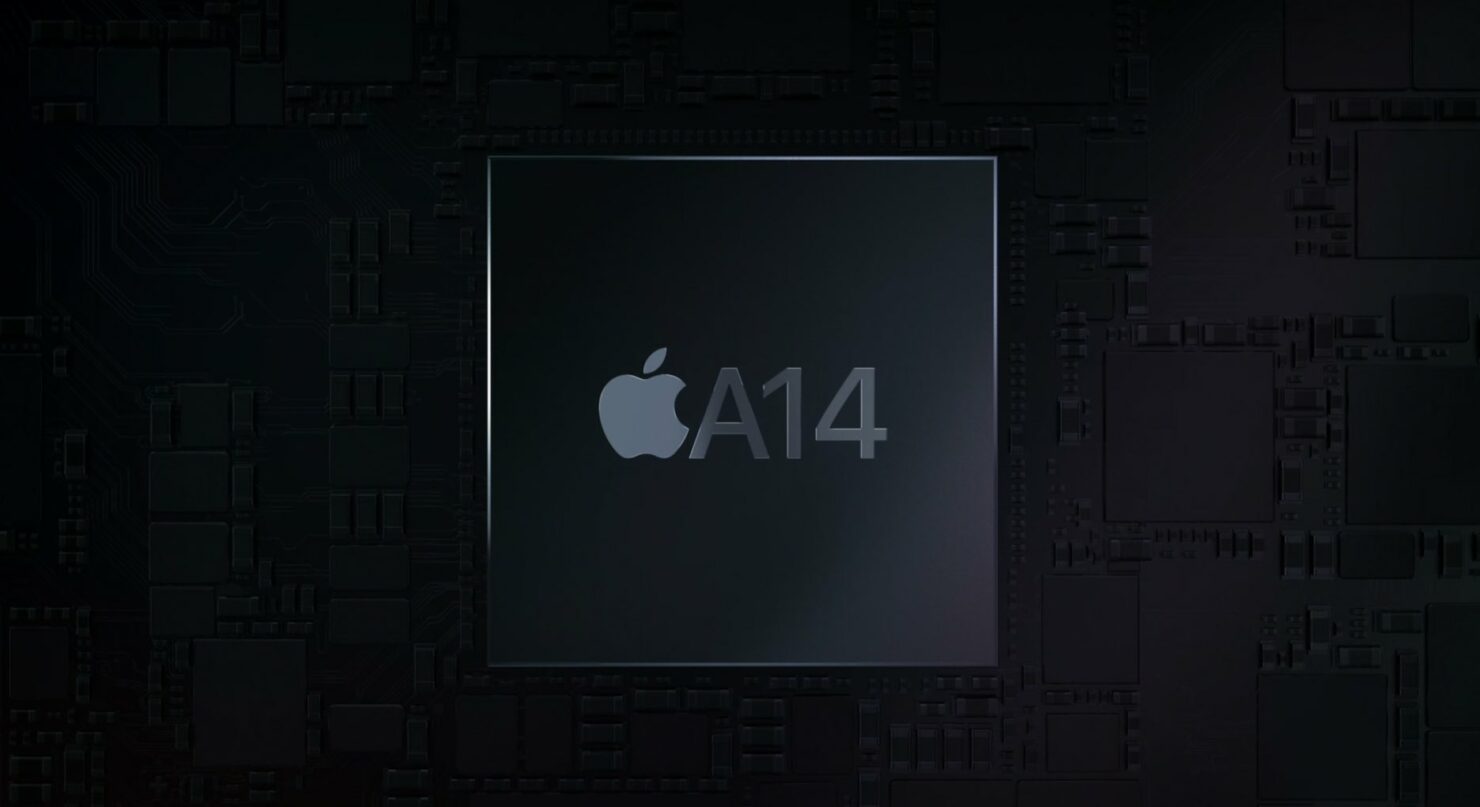 For days, it was pretty much known what Apple was going to unveil during its September 15 event but we believe that perhaps one of the biggest surprises was the company unveiling its first 5nm chipset running in the new iPad Air 4, the A14 Bionic.

While it’s unclear if the new silicon is made using TSMC’s enhanced 5nm node, the small number of details provided by Apple make it clear that we’re dealing with the very best from the company, both in terms of sheer performance, and energy efficient. If you missed the presentation, there might have been a few things you missed and we’re here to provide you with the relevant information. Let us begin.

During Apple’s unveiling of the iPad Air, the company’s VP of Platform Architecture Tim Millet stated that the near-40 percent increase in the number of transistors compared to the A13 Bionic (8.5 billion transistors) allows the new silicon to deliver performance without sacrificing power efficiency. There were also rumors clamoring that the A14 Bionic would deliver up to a 40 percent boost in performance compared to its predecessor. While the performance increase is indeed a 40 percent gain, Apple claims it's against the A12 Bionic, not the A13 Bionic.

It was rather surprising that Apple didn’t provide a performance comparison between the A14 Bionic and the A13 Bionic and we feel it should have been a necessary addition because a jump from 7nm to 5nm would translate into an increase in both performance and efficiency. Perhaps Apple is preparing more data on that when it unveils the iPhone 12 family later in the year so we’ll see what kind of differences to experience, at least according to the company. 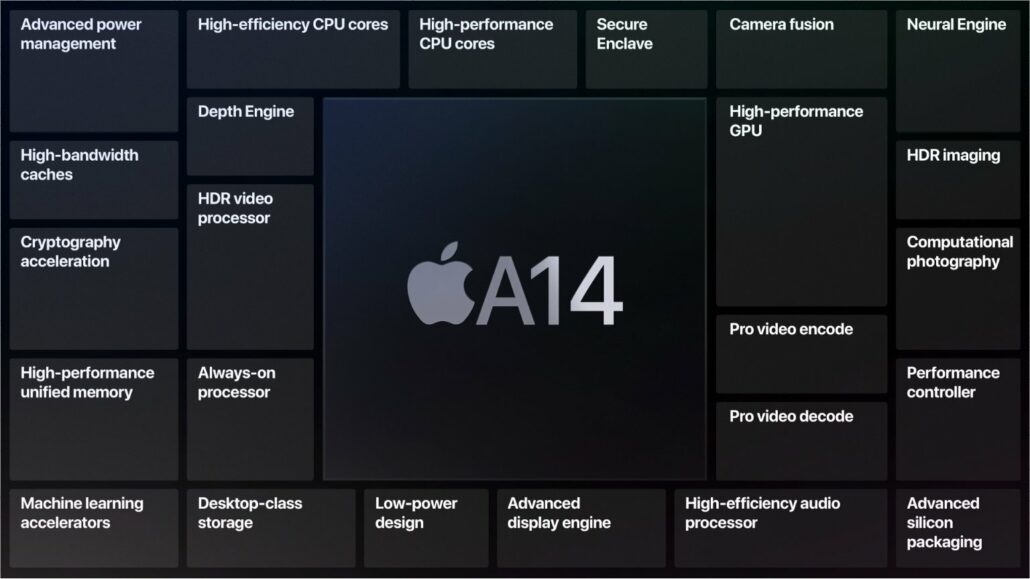 Apple also mentioned a 30 percent graphics performance increase, but again, this was when compared to the A12 Bionic, not the A13 Bionic. In addition, the A14 Bionic can tackle around 11 trillion operations per second, and its 16-core Neural Engine will result in faster Machine Learning techniques compared to previous-generation silicon. This is done all the while maintaining the same CPU configuration ever since the inception of the A11 Bionic.

Though Apple is using new larger performance cores and new smaller efficient cores, the 2 + 4 configuration continues to be maintained. The new 4-core GPU is added and while those performance gains detailed by Apple might be impressive, they lack elaboration. For example, Apple didn’t detail if those metric differences were against single-core or multi-core performance, and neither are we aware of the clock speeds of the CPU running in the iPad Air 4. It’s also not confirmed if the CPU running in the iPad Air 4 will operate at the same frequency as the future iPhone 12 models, so in short, there are lots of unanswered questions we have right now.

At least the addition of a new ISP or Image Signal Processor will open up several windows when it comes to both image capturing and video on both the iPad Air 4 and iPhone 12. When it comes to productivity, we’re confident the A14 Bionic will be able to handle the pressure. That’s because, during the 2020 WWDC keynote, Apple stated that the A12Z Bionic could edit 3 streams of 4K Pro Res video on Final Cut Pro on a 6K Pro Display XDR effortlessly, so it becomes a no-brainer that the A14 Bionic could be able to handle that load much more comfortably. 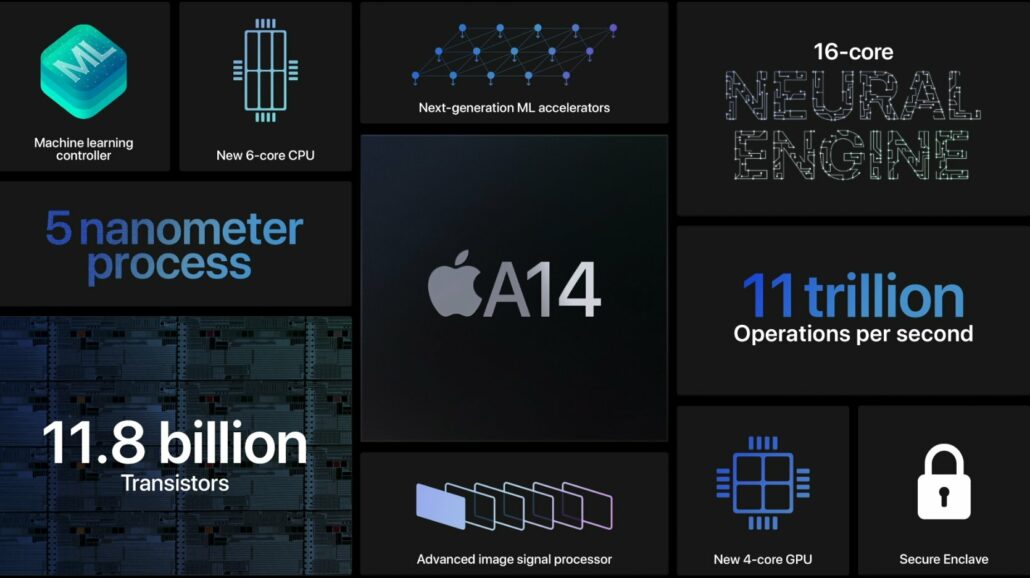 Unfortunately, we don’t have any real-world performance numbers to show you the differences between the A14 Bionic and other chipsets but rest assure we’ll have that data compiled for our readers real soon. For the time being, do you think the A14 Bionic has delivered a positive impression when it comes to Apple’s silicon development prowess? Tell us down in the comments.