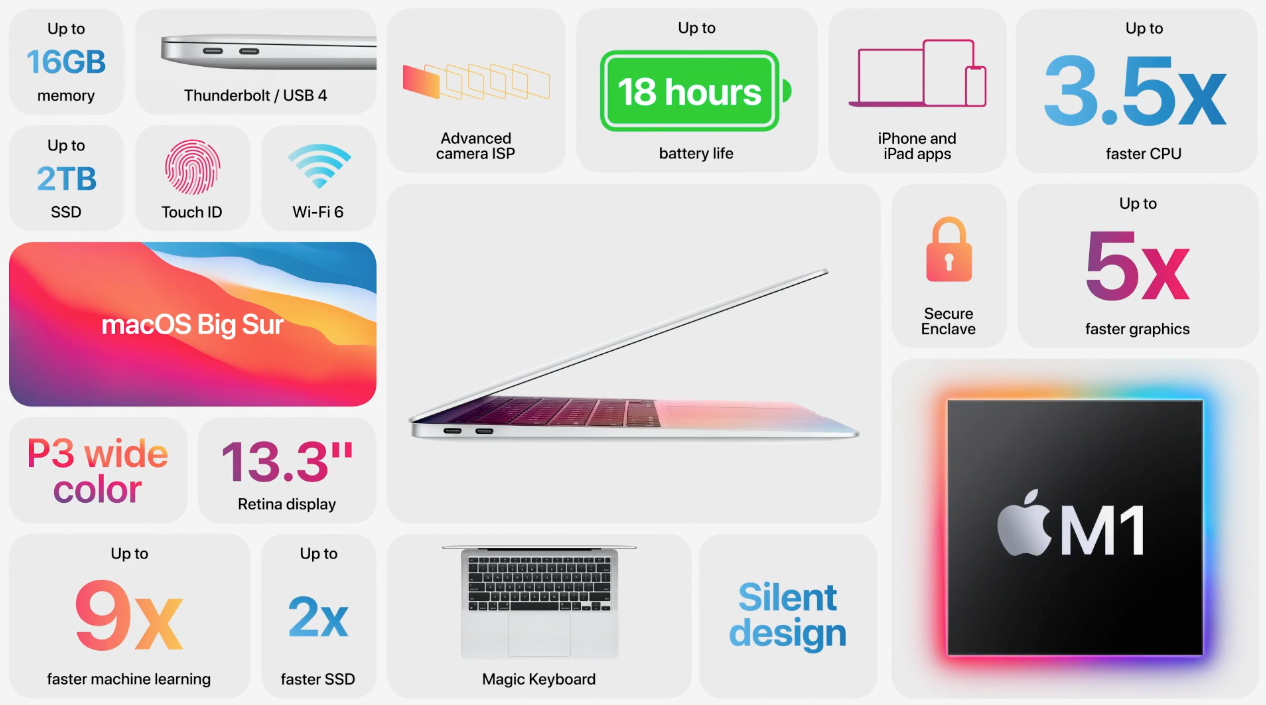 There is no way to overlook that the MacBook Air is definitely one of the most popular MacBooks available in the market, especially because it is affordable. People can buy it and call it a day. Apple has been doing many great things lately, and the highlight of today's event is undoubtedly the new M1 chip.

However, the MacBook Air has also gone official, and it definitely is one of the best MacBooks, especially with the M1 chip under the hood.

You are still getting the signature design that is popular in MacBook Airs around the world. Users will be able to equip their Air with up to 16 gigs of RAM and 2TB SSD. You are also getting the Touch ID and Wi-Fi 6, so you are not just secure, but you also have great Wi-Fi.

Apple's tried and tested Magic Keyboard is also coming back, but that's not the best part about the MacBook Air. The new Air is completely fanless, which will mean that it is passively cooled.

Honestly, I was not expecting a lot from Apple as far as the new chip or the new MacBooks were concerned, but Apple really has hit it out of the park with the new MacBook Air. The company has done a fantastic job, and there is no denying that.

For those who are looking to buy, these are available starting today for pre-order and will start shipping next week.