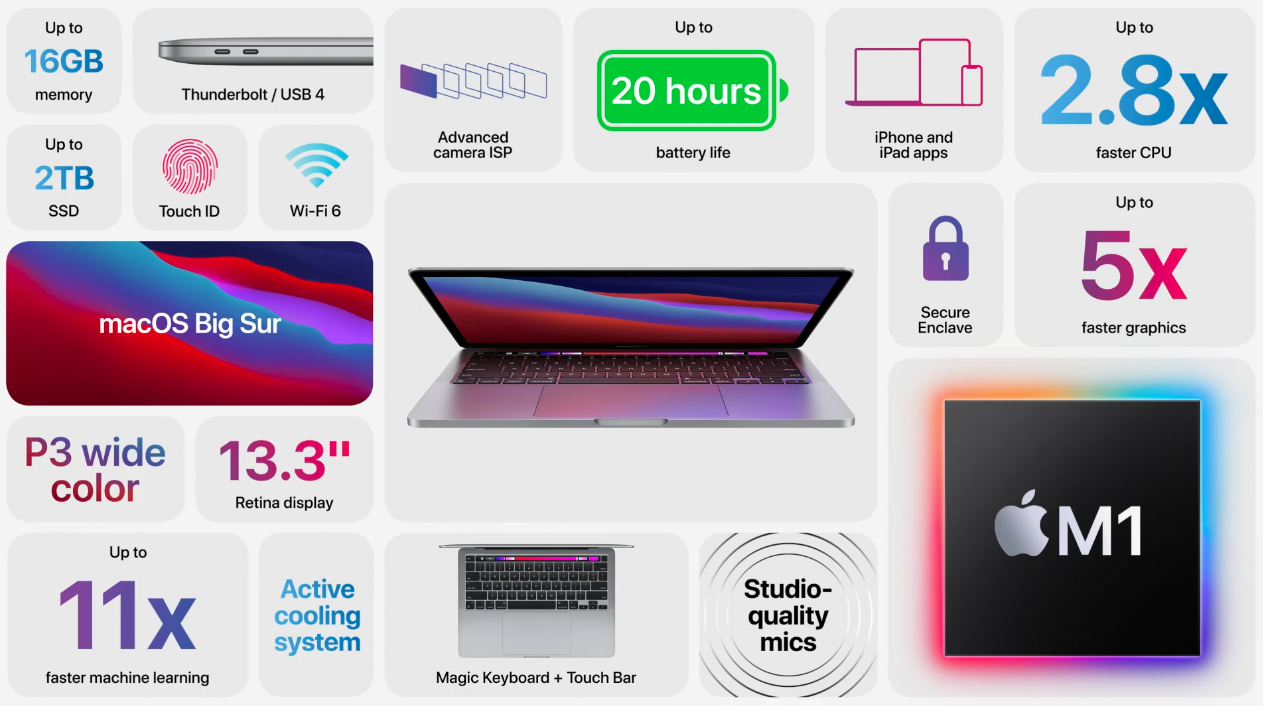 Apple has announced its brand new 2020 13-inch MacBook Pro (Touch Bar) with M1 SoC. Here are all the details you to know in once.

Apple's brand new MacBook Pro with 13-inch display features the all-new M1 chip, which means it's super fast. It delivers 2.8x faster performance, and the GPU is 5x faster compared to before. If you want to learn more about M1, make sure to check out this post. 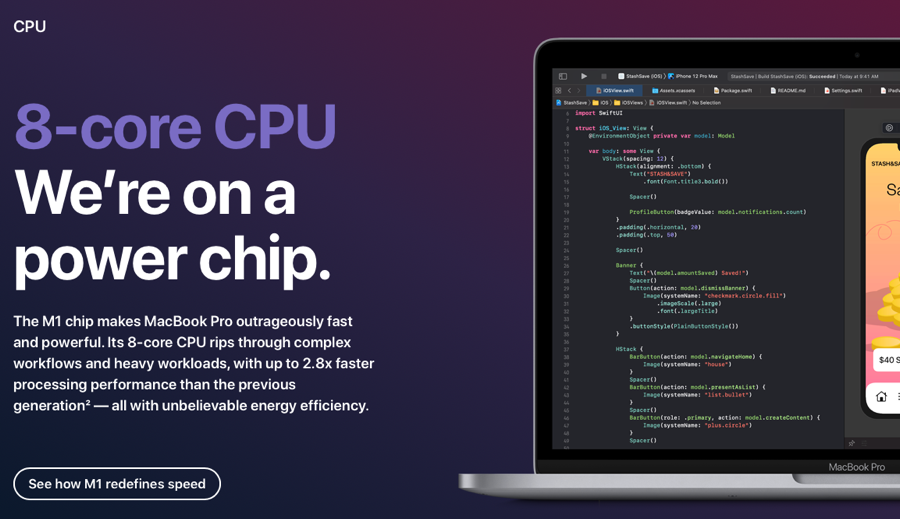 Compared to the best-selling Windows laptop, Apple says that the new MacBook Pro is 3x faster. That is a huge leap, especially for those who seek nothing except performance in a notebook.

Unlike the new M1 MacBook Air, the new MacBook Pro features an active cooling system. In other words, it's not fan-less, which also means higher performance compared to the MacBook Air. 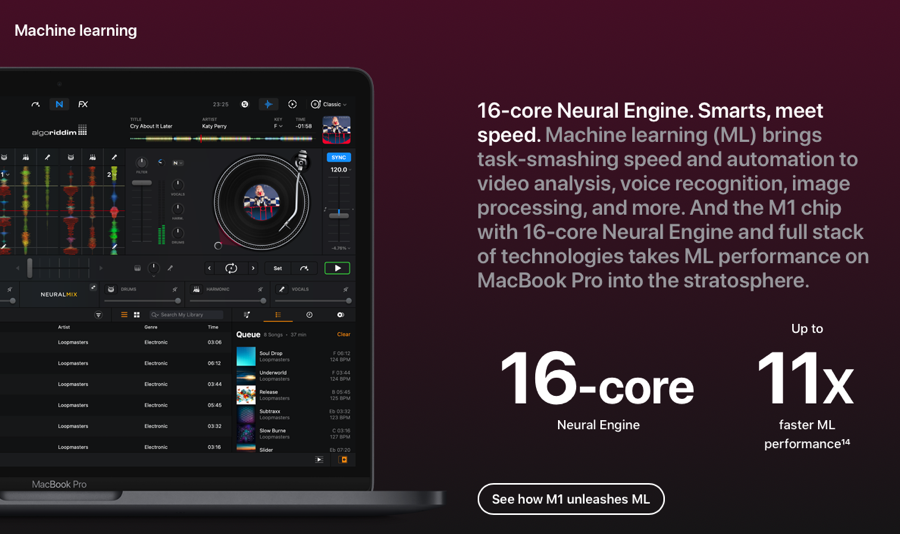 Machine Learning is 11x faster than before. Apple is dubbing it the fastest pro notebook with machine learning. And thanks to the active cooling system, the new MacBook Pro can sustain insane speeds and even let you edit 8K videos without dropping a single frame. But of course, these claims are yet to be tested. 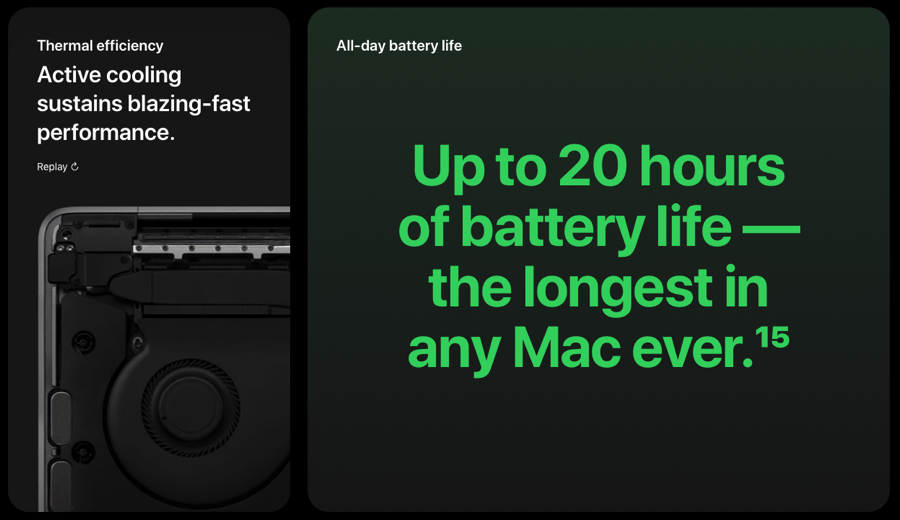 Battery life is amazing and it's no longer trash, finally. According to Apple, the new MacBook Pro delivers up to 20 hours of battery life. It's the longest battery life on a Mac, and it's simply nuts.

New studio quality mics ensures that you sound wonderful during your Zoom and FaceTime calls. If we are to take a wild guess, Apple is most likely using the same mic tech which it has in the 16-inch MacBook Pro.

The new M1 MacBook Pro features two Thunderbolt / USB 4 ports on the side. This means they are fast and obviously future-proof. But thanks to that 8-core GPU, this notebook can easily drive a Pro Display XDR at full 6K resolution.

In terms of design, the new MacBook Pro looks the same as the previous entry-level model. You even get the same Touch Bar with Touch ID, Force Touch Trackpad. The Magic Keyboard also sticks around from the last Intel MacBook Pro.

The new M1 MacBook Pro comes in Space Gray and Silver. There are no new color options. 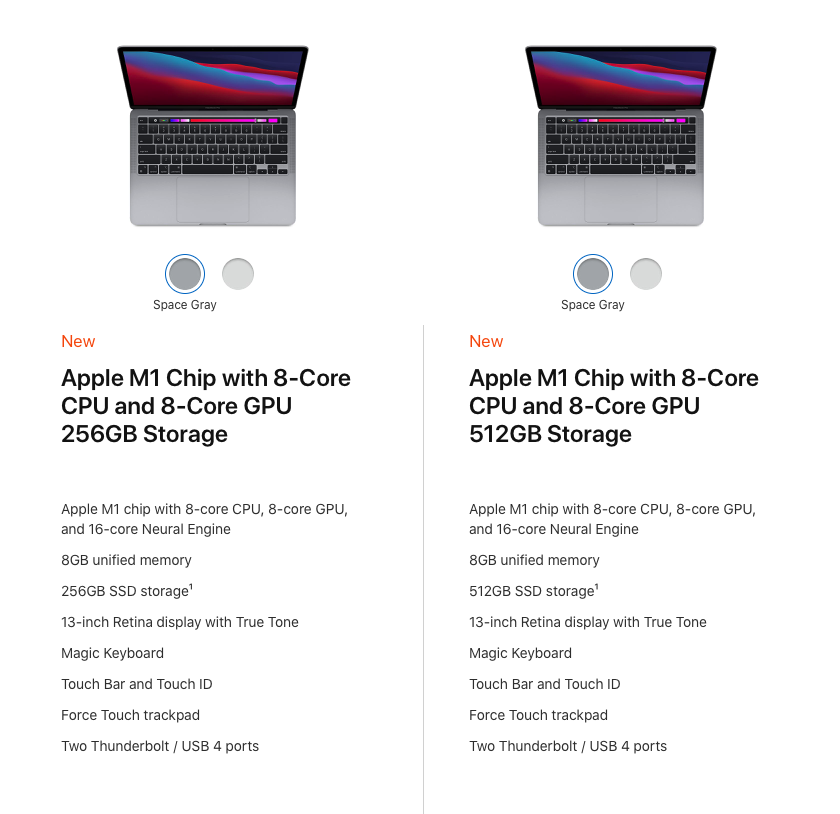 The new M1 MacBook Pro is available to order today and will ship out next week. Get those credit cards ready!