The newly announced Apple M1 ARM-based products didn't take long to hit the market. Announced just about a week ago we're already seeing the M1 MacBook Pros landing in the hands of those who excitedly ordered the post x86 life that Apple is embracing. Once getting in their hands the owners wasted no time churning out benchmark results to share with the world just what their new laptop is capable of.

What Is Apple M1? 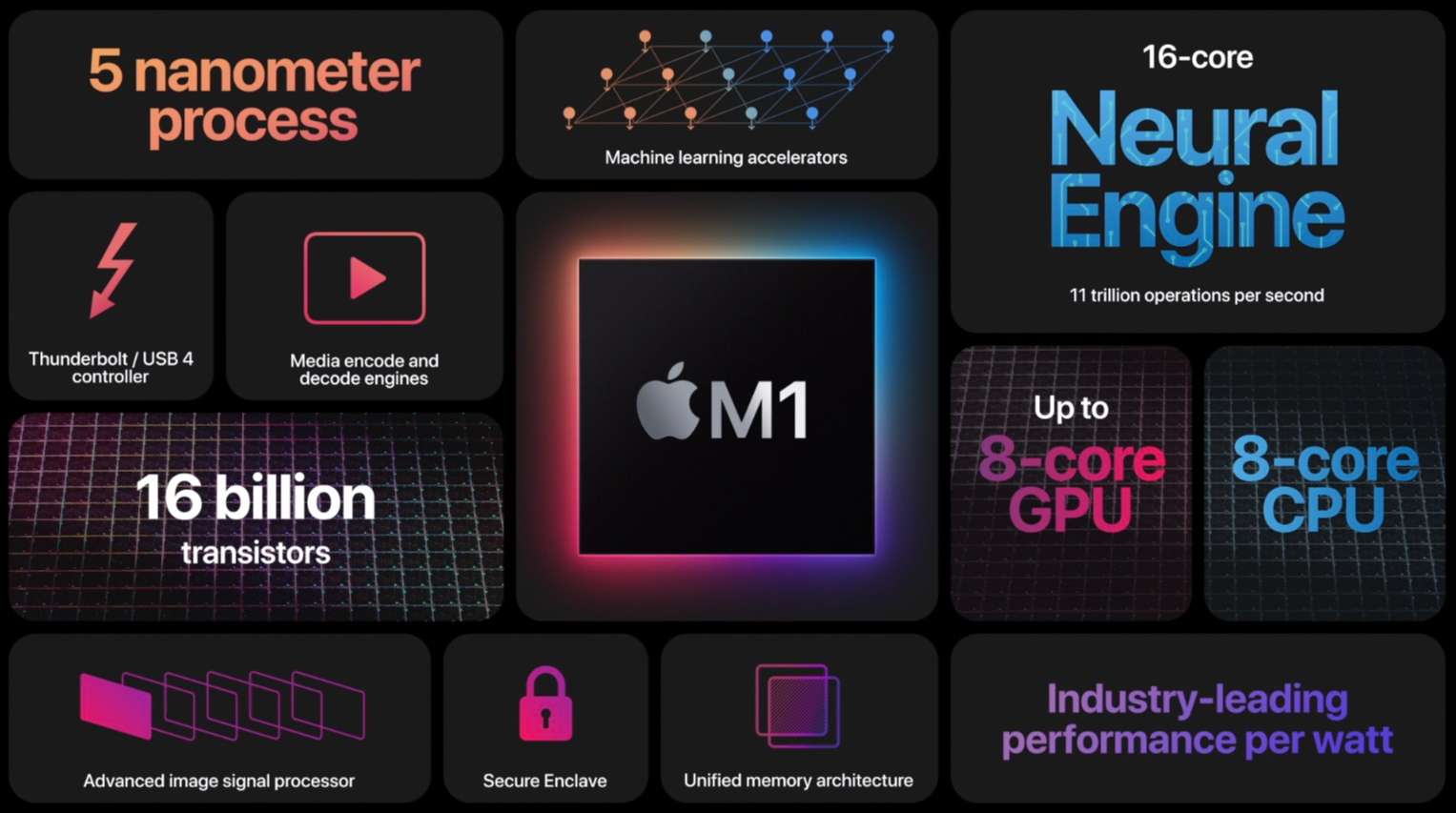 Just a brief recap before we get a quick look at what the performance looks like we need to cover just what the Apple M1 is. Apple has made a departure from its relationship with Intel for its mobile parts and has gone with its own 5nm ARM-based processor.  Rocking an 8-core design and up to an 8-core GPU the Apple M1 is designed to offer superior performance at never before delivered power efficiency.  The new silicon uses a ‘Unified Memory Architecture’, basically this means that the RAM, CPU, and GPU are shared, allowing for reduced power consumption.

Looks like 'Ali Kings Fans Int' over on Twitter was one of the first people to get their orders in for the new M1 MacBook Pro and he was a bit excited, to say the least. Prepare for a barrage of tweets from the owner himself.

one of the first few people who got it first😍
M1 Macbook pro looking pretty#AppleSiliconM1 pic.twitter.com/TQTgkqKIlK

He wasted absolutely no time getting this bad boy set up and running universal benchmarks for those who want to compare their current system against his 8GB equipped MacBook Pro. Geekbench 5 was the first up on the chopping block with the Apple M1 returning a resounding 1745 points on the single-core score and a respectable 7308 for the multi-core score.

Who could possibly test a processor in this day and age without throwing down a Cinebench score! And with the recent release of Cinebench r23, there was simply no excuse, and none was given as he delivered on that as well. Continuing to deliver solid results we see the Apple M1 with a Single-Core Score of 1498 points and a Multi-Core Score of 7508 points. These are nothing to turn your nose up at, the Apple M1 is delivering.

So far there's not much reason to question Apple's decision on moving to their own ARM-based silicon with the Apple M1 when it comes to raw performance. I'm sure there are people out there with concerns around compatibility but emulation seems to be quite good so far and I wouldn't imagine that the big players on Apple's platforms will sit by idly and not take full advantage of what Apple has done here with the M1 MacBook Pro and other products coming with this shared silicon.