Yesterday we reported on the E3 2021 peak viewer figures shared by Stream Hatchet. Nowadays, though, there is another very important metric to be considered: the amount of social media chatter.

To get an overview of which presentation and games were talked about the most on social channels, we reached out to Synthesio, the Ipsos Company dedicated to social media intelligence analysis.

According to the figures they kindly sent over, Microsoft's Xbox and Bethesda E3 2021 showcase got the most social mentions (about 1.1 million), well ahead of Nintendo's conference. Ubisoft's, in turn, garnered a lot more chatter than Devolver's and  Square Enix's. 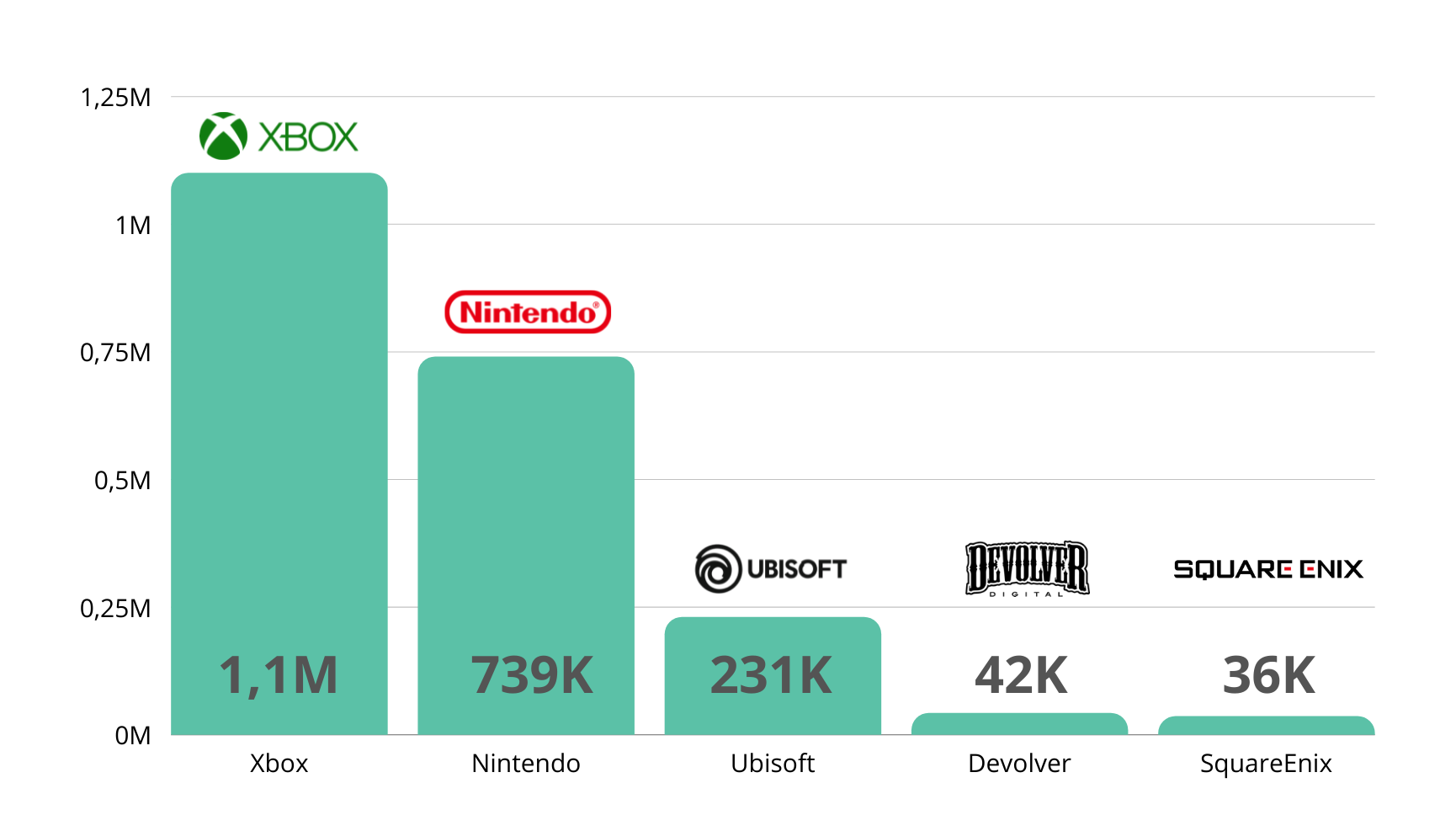 The real surprise from Synthesio's E3 2021 data came with the games chart, though. Among Us apparently topped the conversation on social channels with over 253K social mentions; as a reminder, during Microsoft's showcase, the developers at InnerSloth revealed the upcoming addition of 15-player lobbies.

The second game with the most social mentions is another surprise. Stranger of Paradise: Final Fantasy Origin certainly wasn't the biggest game at E3 2021 and at least some of its 216K social mentions may not have been very positive. Truth to be told, Team Ninja's game also had a limited-time playable demo on PS5; that could have very well boosted the mentions.

The third place was secured by DICE's Battlefield 2042, which debuted its first gameplay trailer during Microsoft's show.

We've included the full games chart below, based on social mentions gathered during E3 2021. The Top 10 is rounded up by Forza Horizon 5, Halo Infinite, Rainbow Six: Extraction, Elden Ring, Starfield, Breath of the Wild 2, and Metroid Dread.