Microsoft's Head of Gaming Phil Spencer revealed in a tweet posted yesterday that the Xbox & Bethesda E3 2021 Showcase was the company's most viewed ever.

Thank you for a great week, our most viewed E3 ever. We haven’t felt players and the team sharing so much energy and excitement since the 360 era. We’re inspired by the community’s belief in Xbox and we will continue to innovate with players at the center of everything we do.

That's not too surprising, considering that compared to previous showcases Microsoft added to the regular Xbox lineup a whole new publisher, Bethesda, which used to host its own E3 showcases not long ago.

Still, according to Barcelona-based gaming and esports live streaming analytics company Stream Hatchet, Nintendo's own E3 2021 showcase registered a far higher peak of viewers with 3.1 million against 2.3 million. That's across both Twitch and YouTube Gaming, by the way.

The other conferences were quite close between each other, with Ubisoft slightly edging out Square Enix (1.4 million peak viewers versus 1.3 million) and Devolver Digital registering a 1.1 million figure that's no slouch for a smaller publisher. 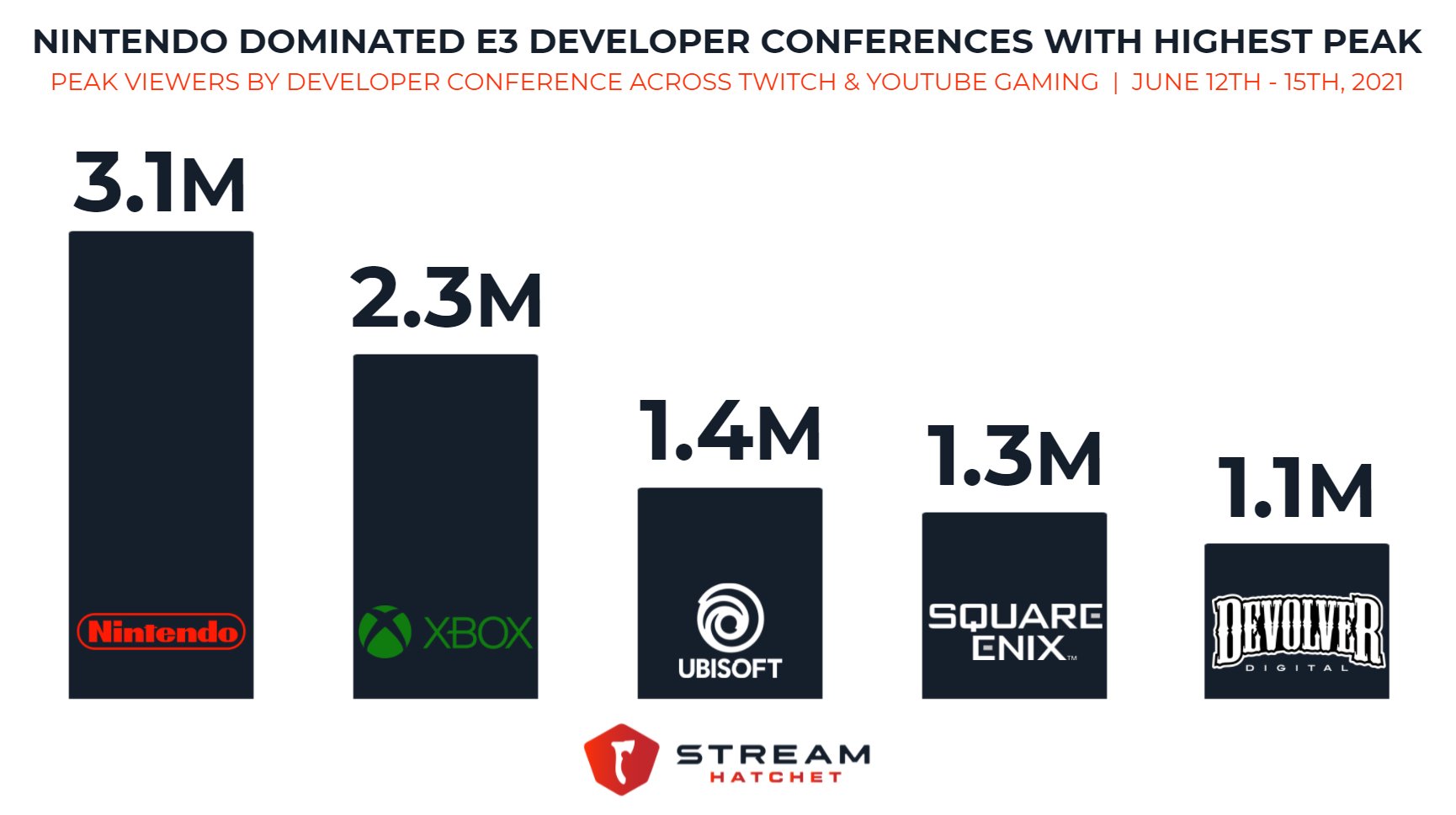 Which of the presentations did you like the most? Let us know in the comments section!