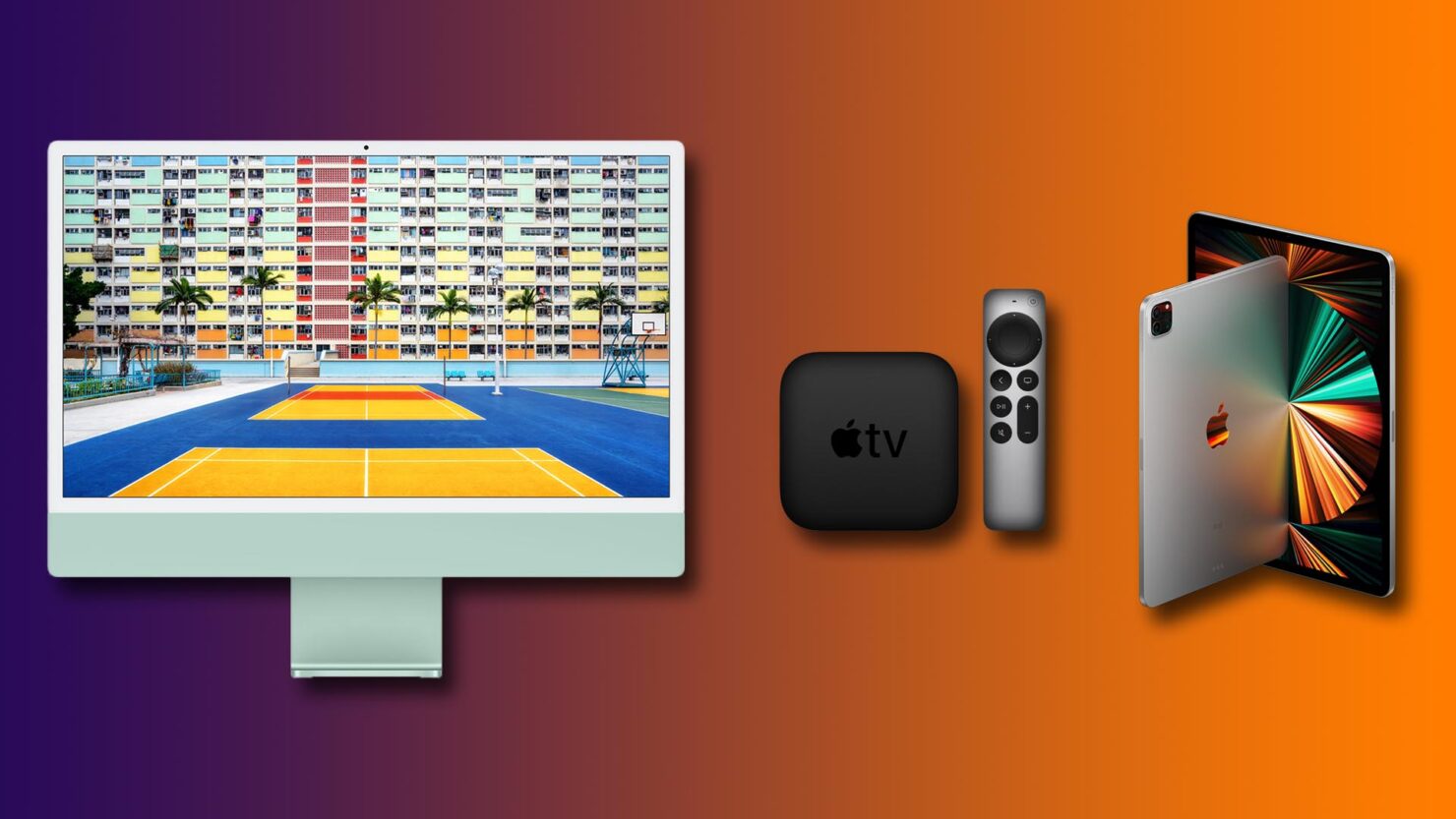 Staying true to its word, like always, Apple has opened up pre-orders for the M1 iMac, 2021 iPad Pro, and Apple TV 4K. The new tablet series is available in both the 11-inch and 12.9-inch versions, while there is just a single 24-inch iMac and Apple TV 4K to pre-order. However, one thing that is common between these machines is the presence of Apple’s 5nm M1 chip. The custom silicon has proven itself to be quite a champ in both performance and efficiency, and just like before, it could deliver wonders for buyers.

As for the Apple TV 4K, it features the less powerful, but highly capable A12 Bionic. During the official announcements, the company said that all products would be available during the second half of May, but did not provide an exact release date. This is unlike Apple, as it does provides a concrete shipping date. Well, later on, Apple silently revealed the release date of all products as May 21, but later removed the metadata for some reason.

The 24-inch iMac is the only product out of all the three to feature a redesign after several years, while the 2021 iPad Pro family looks identical to the 2020 series. The Apple TV 4K is also unchanged from the outside, but the remote sports some minor differences compared to the older models. We expect the entertainment box to be available readily, but not the M1 iMac or iPad Pro, as previous reports claim that TSMC’s 5nm production capacity will be full.

Which Apple product will you be pre-ordering? Share your preference down in the comments.

Pre-order the new M1 iMac from the Apple Store

Pre-order the new Apple TV 4K from the Apple Store

Pre-order the new 2021 iPad Pro from the Apple Store