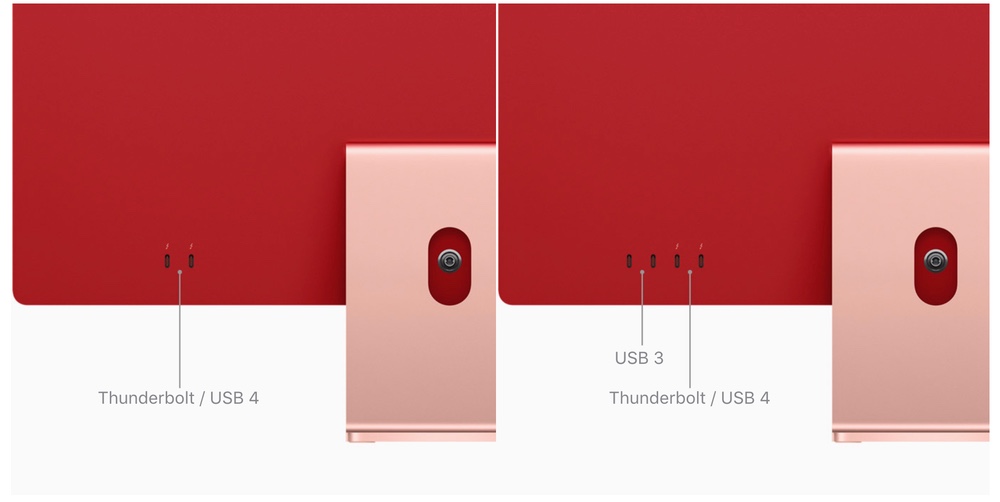 Here is something which will surprise you - the base model 24-inch iMac features only two ports in total while the higher end models ship with four.

While the new iMac is excellent value for money, but there is something which we missed previously - the ports.

Previously, we thought that the new iMac will ship with four USB-C ports as standard with two of them being Thunderbolt. Those Thunderbolt ports are basically USB 4 standard ports which is fully compatible with the Thunderbolt 3 standard.

However, we pulled up the spec sheet of the new 24-inch iMac and learned something new. The base model iMac ships with just two ports - both of which are USB 4 and Thunderbolt 3 compatible. This is the 7-core GPU model.

If you bump things up to the 8-core GPU model which also ships with a Touch ID Magic Keyboard, only then you get four ports. But also keep one thing in mind, those two extra ports you are getting only support USB 3 speeds.