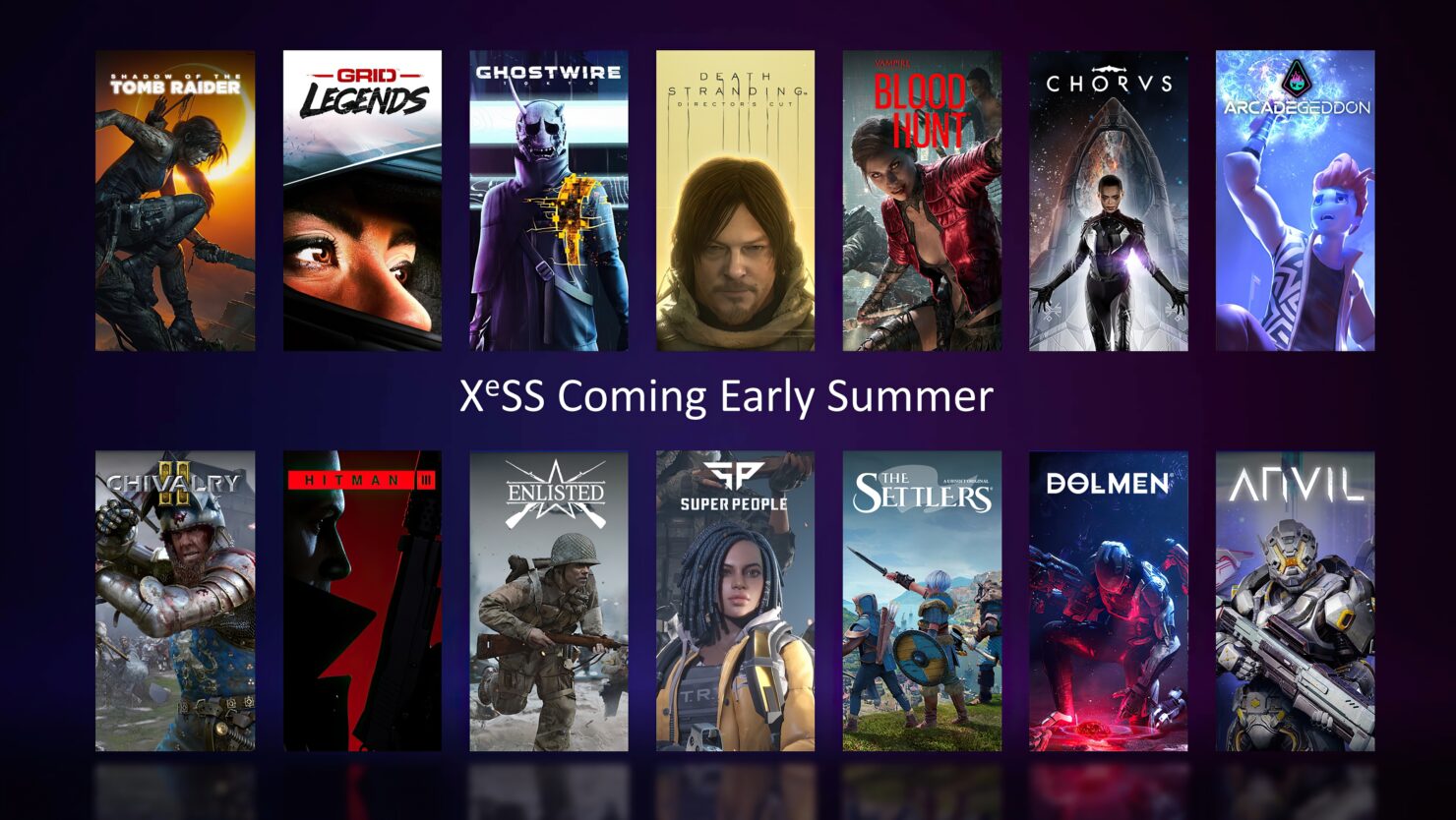 We were hoping to find it in the recently released Death Stranding: Director's Cut, but it wasn't there, and the developers only said it would be added in a future update. It seems like it'll be a while before it goes live.

The good news is that adoption for Intel XeSS appears to be going very well. The games list is now much larger, including indie games, double-A games, and even triple-A ones.

The Intel XeSS website also features the logos of PUBG Studios and Techland, suggesting that the technology might be added to PUBG and Dying Light 2 as well.

By the way, almost all of these games already support NVIDIA DLSS. As pointed out by AMD during its FidelityFX Super Resolution (FSR) 2.0 talk at GDC 2022, the integration of these technologies will be faster on games that already had work done to support DLSS.

Like DLSS, XeSS is powered by an AI (Deep Learning) based algorithm, which Intel calls temporally amortized supersampling. Despite that, it will work cross-platform. When used with an Intel Arc Alchemist GPU, the performance of XeSS will be accelerated by the XMX hardware available in the Xe Cores; on other vendors like AMD or NVIDIA, it will fall back to DP4A instructions as defined by Microsoft Shader Model 6.4.

It'll be a while yet before we can test the technology, but we'll endeavor to find out more information about it in the meantime. Stay tuned.