The mere existence of Hitman 3 sometimes feels like a minor miracle. It’s rare for each entry in a trilogy to have a different publisher, but somehow Agent 47’s latest trio of games have pulled off the improbable feat – Square Enix ditched the Hitman franchise (and its developers) back in 2017, Warner Bros. Interactive stepped in for Hitman 2, and now IO Interactive is going the self-publishing route with Hitman 3.

Despite all this behind-the-scenes turmoil, IO Interactive’s execution of their “World of Assassination” trilogy has remained remarkably consistent. The studio’s dedication to seeing their vision through is certainly admirable, but were they right to stick to their guns? Does Hitman 3 deliver a proper denouement or has the trilogy’s lifeblood already been drained? Iron your red tie and grab your briefcase, it’s time to see if this one hits the mark…

Hitman 3 carries on directly from the previous two entries in the trilogy, and thankfully, following the story is easier (and more worthwhile) this time around. Agent 47 and his allies Lucas Grey and Diana Burnwood seem to be close to achieving their mission of taking down the secret world-manipulating organization known as Providence, having captured their leader, The Constant, at the end of Hitman 2. Of course, things are never so easy, as the Constant escapes, leading to the usual array of twists, turns, deaths, and betrayals. This story still isn’t terribly engaging, although the game does allow Agent 47 some surprising moments of self-reflection. At times he almost comes off as human. Almost.

Hitman 3’s story does significantly benefit from the introduction of actual cutscenes, rather than the static image slideshows found its predecessors. Overall, Hitman 3 sees IO Interactive come closer than ever to achieving their AAA ambitions. While character models are still a bit dated, the game’s various locations are impressively detailed and moody, featuring some of the best implementations of HDR I’ve seen to date. The game’s neon-lit Berlin and Chongqing locales are particular standouts. Despite this visual splendor, Hitman 3 runs at a buttery-smooth 60fps on PS5, albeit with a rendering resolution a bit short of native 4K.

In terms of gameplay, Hitman 3 doesn’t add much in terms of core mechanics. As I’ve said before, those new to the Hitman series may initially find its reputation as a top-tier stealth franchise a bit perplexing. The games lack a lot of the features standard in other stealth series, like an actually-useful minimap or vision cones and other indicators to let you know when you’re about to be detected by enemies. In some respects, the Hitman series has more in common with classic point ‘n’ click adventure games. Surviving requires keen observation, patience, and a lot of costume changes, rather than pinpoint precision. As an action game, Hitman 3 is nothing special, but you’re not really supposed to get into fights. Action is the refuge of players who can’t figure out how to crush their targets with a chandelier or send them plunging off a ledge with a well-placed banana peel.

As with its predecessors, Hitman 3’s real strength is its level design, with IO Interactive delivering easily their best lineup of new murder playgrounds yet. While Hitman 2 tried to show off with large, cluttered, sometimes-confusing locales, Hitman 3 opts for more restrained, focused stages, each of which delivers its own unique experience. For example, Dubai almost feels like an Assassin’s Creed game with plenty of dangling from drainpipes and ledges, Dartmoor is a full locked-room mystery set in a musty English manor, and Chongqing is a satisfyingly-complex Mission-Impossible-style infiltration assignment. Without giving too much away, the game ends with a particularly unique mission, that manages to blend action and stealth in a really fun and unexpected way.

Hitman 3 also does an excellent job of introducing its new locations. While past Hitman games had a tendency to throw you into the lake without a paddle, each locale in this game is introduced with a meaty, well-structured story mission. These challenges do a good job of guiding the player to each location’s main points of interest while clearly demonstrating what makes them unique from a gameplay perspective. In past games, I often found locations would only “click” for me after I replayed them a few times, but that wasn’t the case here – every stage was compelling right from the get go.

It should also be mentioned that despite IO Interactive taking on the heavy load of developing and publishing Hitman 3, this is actually the most polished entry in the trilogy. Unlike Hitman 2, which was laden with glitches and wonky AI behavior at launch, I can count the number of bugs I encountered in Hitman 3 on one hand. And really, most of those were more amusing than annoying. Give people power over something they care about and good things happen. Go figure.

Hitman 3 is similar in scope to its predecessors, serving up a 7-or-8-hour campaign, which expands significantly if you’re dedicated to tackling the game’s missions from every angle. Multiplayer modes from Hitman 2, like Ghost Mode and Sniper Assassin, are cut or simply recycled, but they’re not particularly missed, especially when you have the option of importing all levels from Hitman 1 and 2. If you’ve been holding out on this trilogy until now, you’ve got a lot of Hitman to hit.

This review was based on a PS5 copy of Hitman 3 provided by publisher IO Interactive. You can grab a copy of the game here. 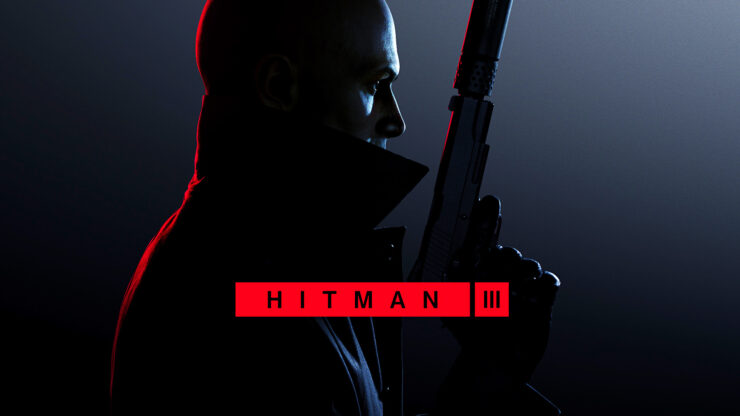