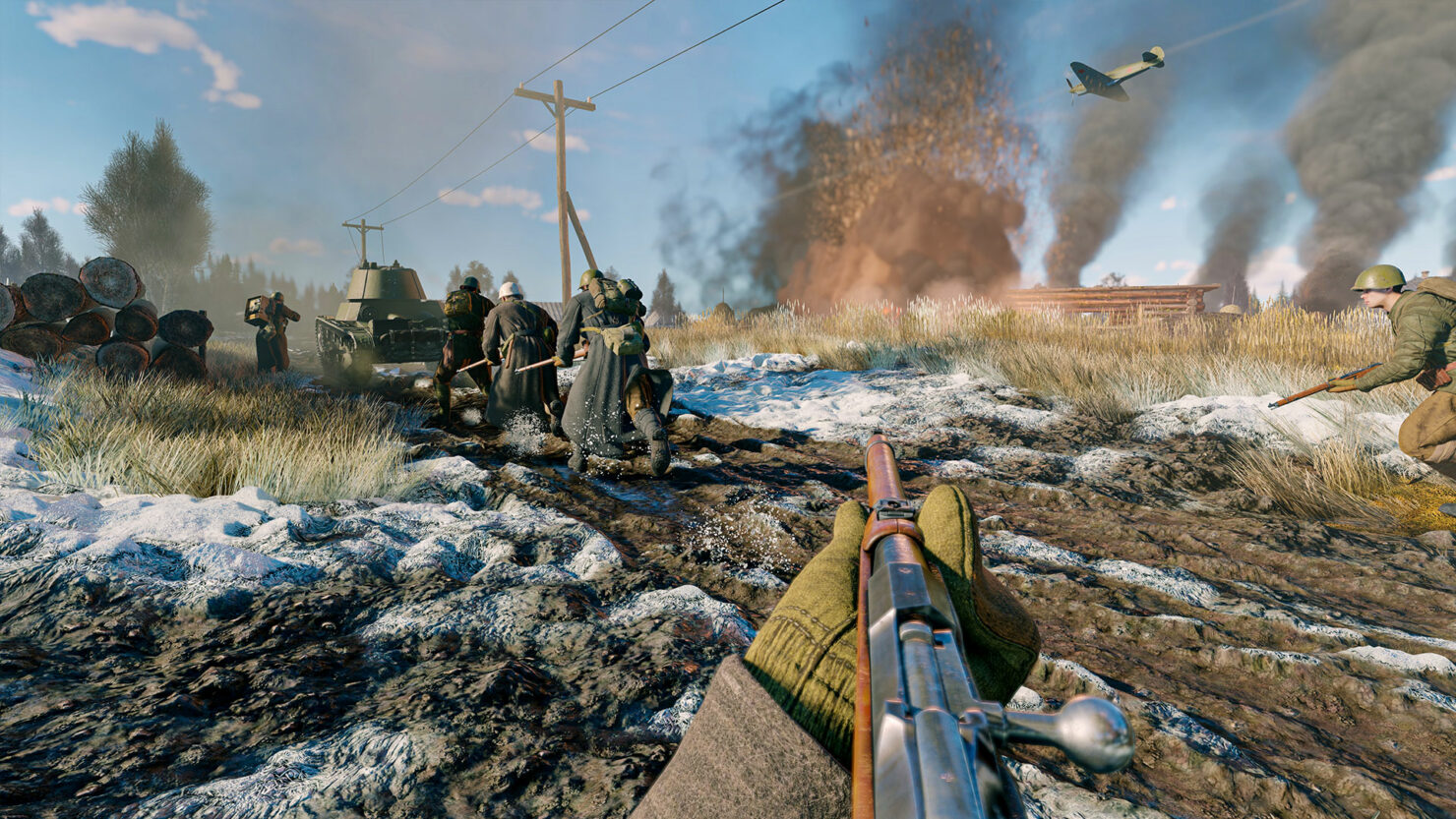 The open beta features the Battle for Moscow and Invasion of Normandy campaigns which have both been improved considerably since the closed beta.

If you have never seen Enlisted in action, you can check the game in action in the trailer below.

The updated version of Enlisted features new missions, weapons and gear that were not seen during the Closed Beta Test. For example, the new Fortified District map in the Battle for Moscow campaign is a frozen battlefield, where the attacking side crosses the river to storm a massive fortification under dynamically changing weather conditions. The game progression system has also been drastically changed, and the Battle Pass is now the main way of getting new soldiers and equipment. The first Battle Pass season began on April 8th and will last for 75 days. The most interesting rewards are the rare collectible weapons: Berdan No.2 and Gewehr 1888 rifles, Schmeisser MK36 III SMG and Springfield M1903 semi-automatic carbine with Pedersen device.

Back in December, Brittany had the chance to try out Enlisted, highlighting how the game is extremely promising, despite some issues.

Overall, Enlisted is a promising and exciting World War II shooter that brings a lot to the table. It adopts some of the mechanics that several high-profile wartime shooters feature and to positive effect. It's slower than most other games of its ilk, but quick where it counts. If it could shake some of its frustrating bugs and texture issues (and improve the in-game text, also importantly) it could shape up to be a great alternative to the shooter landscape at present on Xbox Series X. We'll have to wait and see how these soldiers grow and evolve.